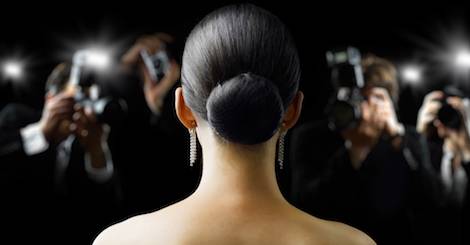 Celebrity memoirs are popping up left and right these days. It seems like everyone who’s even a little bit famous eventually writes a memoir, but that doesn’t mean that all of these books are created equal.

Celeb memoirs are my absolute favorite way to spend my audiobook time, so I like to think I know enough to give a few solid recommendations. While there are a number of excellent celeb memoirs to choose from, I’m highlighting a few more recent ones today. 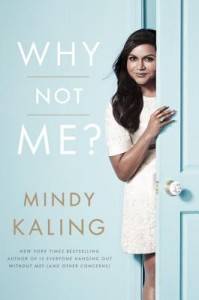 Why Not Me? is Mindy Kaling’s second memoir, following Is Everyone Hanging Out Without Me? which is a personal favorite. The second memoir definitely felt more polished, like Kaling has really come into her own as a writer. It’s a mix of essays, lists, and fictional daydream emails that both had me laughing out loud and contemplating the complexities of life.

Verdict: This one is a great read, especially on audio, but might not necessarily be something you refer back to often, so borrow the audio. If you happen to be a massive Mindy Kaling fan like I am, you’ll probably want to buy to add to your collection. 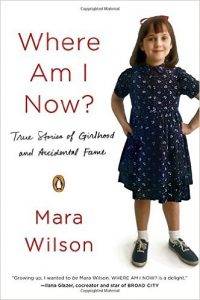 I’ll admit it, I watched Matilda maybe once and have still never seen Miracle on 34th Street, so I’m sitting in the camp that wouldn’t have recognized Mara Wilson by name. After meeting her at Book Riot Live, though, I knew I wanted to give her book a go even though I wasn’t a superfan of her career as a child actor. Where Am I Now? is an essay collection with a lot more depth than simply telling us about being a child actor who isn’t working in film anymore. Wilson takes on a slew of issues in regards to mental health and mortality, as well as some legitimately funny passages.

Verdict: This book shows that Mara Wilson has got real writing chops. I know I’ll be coming back to this one again, so I say buy for sure. 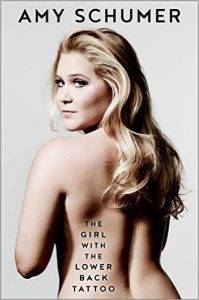 The Girl With the Lower Back Tattoo by Amy Schumer (2016)

I enjoyed the way Schumer’s Trainwreck put a new spin on the romantic comedy, but have never been able to get into her stand up comedy, so this one was iffy for me from the beginning. I decided to go for the audio through Overdrive, and I felt about the book the same way I feel about Amy Schumer–I have no idea. Some sections were compelling and funny, while others didn’t sit well with me. I guess I’ll forever be unsure how to take Amy Schumer.

Verdict: If you’re a huge fan of Amy Schumer’s humor, borrow this book on audio, but if you’re on the fence about her like I am, bypass.

That’s all I’ve got for now. I’m excited for another year of listening my way through a ton of celebrity memoirs!