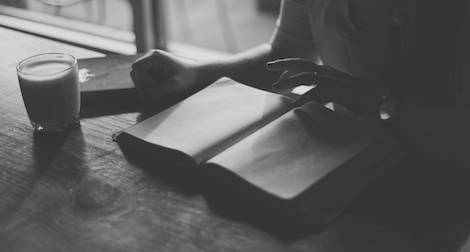 Stories of individual people tend to elicit more powerful emotions than the struggles of a large, anonymous mass. This phenomenon, known as the “Identifiable Victim Effect,” results from our brain’s inability to relate to facts and statistics as well as it does to storytelling. Also, suffering on a massive level can be more difficult to comprehend than a single personal account.

I believe this effect is the main reason I reach for memoirs when trying to understand an event that is drastically different from anything I’ve experienced. For example, more than 5 million refugees have fled Syria, with more than 6 million Syrians displaced within the country. The sheer number of people whose lives have been impacted by the conflict feels almost impossible to comprehend. So I look to the stories of individual refugees.

Here are the stories of four  women who have escaped oppressive regimes. Each account is powerful and gives us a glimpse into the humanity behind the statistics we’ve heard: about the Iranian Revolution, the Assad regime in Syria, Khmer Rouge in Cambodia, and fundamentalist Mormon cults. 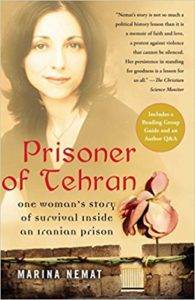 Prisoner of Tehran: A Memoir by Marina Nemat

Although I read this book almost a year ago, I still find myself thinking about it. Marina’s unique voice and unflinching honesty come together to create one of the most powerful memoirs I’ve ever read. Marina’s experience during the Iranian Revolution include her arrest, torture in prison, a death sentence, and a prison guard who falls in love with her. And that’s just the beginning.

Verdict: Buy (and then check out Persepolis) 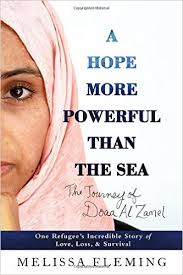 A Hope More Powerful Than the Sea: One Refugee’s Incredible Story of Love, Loss, & Survival by Melissa Fleming

Category ID: 2718
Category ID: 479
True Story Newsletter
Sign up for True Story to receive nonfiction news, new releases, and must-read forthcoming titles.
Thank you for signing up! Keep an eye on your inbox.
By signing up you agree to our terms of use

Doaa Al Zamel and her family left Syria for Egypt. Al Zamel is headed to Europe to seek asylum when her boat is sunk by a group of angry men. She’s left with only a child’s inflatable ring around her waist and two toddlers in her care.

This story is timely and incredibly important. However, the use of third person narrative/Fleming’s journalistic approach doesn’t lend itself to the feelings of immediacy and urgency of Prisoner of Tehran. That being said, the audiobook is narrated by my personal favorite Robin Miles. As always, she creates a memorable experience. 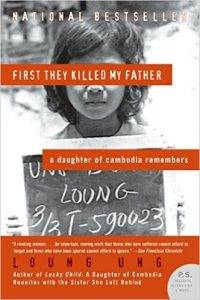 First They Killed My Father: A Daughter of Cambodia Remembers by Loung Ung

Loung Ung lives a privileged life in the Cambodian capital of Phnom Penh until the age of five, when the Khmer Rouge army storms into the city. Ung’s family disperses. Loung is trained as a child soldier and her siblings are sent to labor camps. Those who survive won’t reunite until after Pol Pot’s army is defeated.

Written in the present tense, this unrelenting narrative is well-written and formidable. This is one of the best memoirs I’ve ever read. 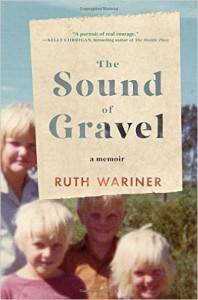 he Sound of Gravel by Ruth Wariner

Ruth, the 39th of her father’s 42 children, lives on a polygamous compound in Mexico when her dad is brutally murdered by his brother. Her mom remarries to a dangerous man. Ruth’s stepdad does odd jobs while her mom collects welfare. Ruth and her siblings live in abject poverty. As Ruth reaches adolescence, she begins to question her faith and tries to imagine a better life for her and her siblings.

This book is unforgettable, devastating, and absolutely worth the read.

Verdict: Borrow. This book is important and powerful- and it will stay with you. It’s also pretty depressing, and I can’t imagine coming back to it multiple times. I strongly recommend it- and you can probably borrow it from your local library.