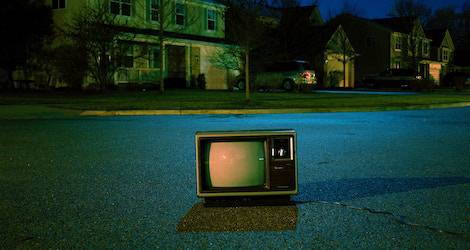 I was a teen when reality shows took over television. I spent my summers watching Big Brother religiously and swooning over each and every Bachelor episode. I even watched the first season of The Apprentice (facepalm). We thought it was a fad, but we were wrong. The shows are still around. And I still get excited when America’s Next Top Model is rerunning at the gym and will admit that I’m a Kardashian addict.

People love reality TV, and people also love to hate it. It’s potential for high emotional stakes and drama make it a perfect fit for YA stories. From outrageous to realistic, there are lots of different takes on the reality TV world in young adult literature. 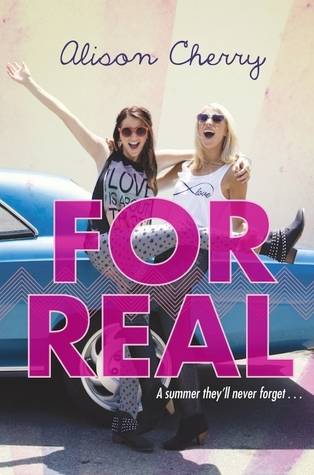 For Real by Alison Cherry

Claire is shy, risk-averse, and obsessed with reality shows. Her older sister is outgoing and theatrical. The two think they are about to go on an Amazing Race style show, traveling around the world, bonding as sisters, and trying to win a million dollars. But the first day there’s a twist: it’s actually a dating show and the girls are separated. Now Claire must navigate her first romantic encounters alone and figure out the bonds of her loyalty to a sister who is now her completion.

Verdict: Hardcore Amazing Race fans will want to buy this one for sure. Everyone else can probably borrow this one but should definitely read it, especially if they love sister stories. 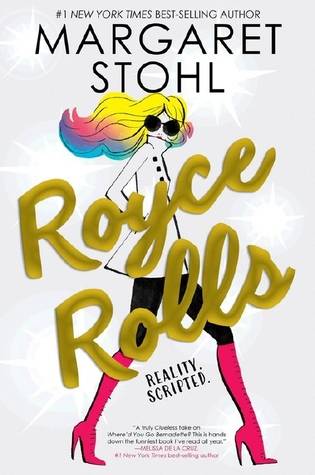 Bentley Royce wants out of her fame-obsessed family’s reality TV show, Rolling with the Royces. She’s tired of playing the “bad girl” character that’s been outlined for her since her preteen years. Bentley dreams of going to college and hanging out with the cute boy who works at the library. But when she finds out her family is in a financial crisis, she throws herself into making season six the most scandalous yet in order to save the show. Driving off a cliff with her sister’s fiancé on the day of their ginormous made-for-TV wedding might be more drama than she bargained for.

Category ID: 2718
Category ID: 2822
Category ID: 468
What’s Up in YA? Newsletter
Sign up for What's Up In YA? to receive all things young adult literature.
Thank you for signing up! Keep an eye on your inbox.
By signing up you agree to our terms of use

Verdict: If you are in for deeply hilarious satire about a LA family obviously based on the Kardashians, then run to your nearest bookstore and buy this book. If you prefer your reality TV storylines to feel a little more realistic, this one might not be for you. 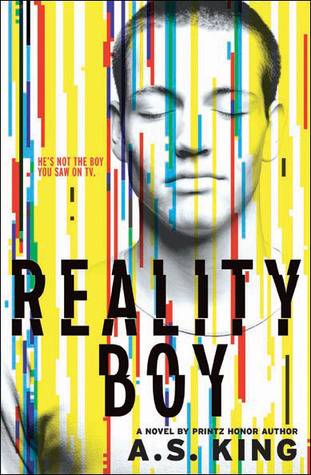 The world knows Gerald as the angry, misbehaving kid on the reality show “Network Nanny”. They think he’s the problem in an otherwise perfect family. They don’t see his sociopathic older sister, his co-dependent mother, or his emotionally absent father for who they really are. And Gerald’s never gotten over this. His reputation has followed him to high school, where he has no friend, no social skills, and no real ways to handle his anger. His journey is to push past the storyline that’s been thrust on him since he was five-years-old and break free from his anger.

Verdict: Buy or borrow this book if you are ready for an empathic rollercoaster. This book is beautiful, but emotionally hard to read.  If extreme family dysfunction or child abuse are triggering, it might be better to bypass this one. 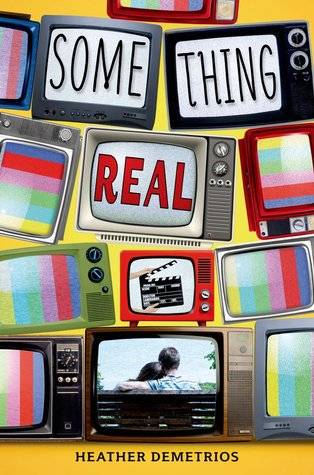 Something Real by Heather Demetrios

It’s been four years since Bonnie Baker and her twelve (that’s right twelve) siblings have been the stars of the reality show “Baker’s Dozen”. She’s played the part of childhood ham for the camera and troubled preteen, but now in her senior year of high school she’s playing her favorite part yet – normal. She goes by Chloe and has managed to carve out a life for herself with friends, classes, and maybe even a boyfriend. No one knows about her past or famous persona. All of this might get destroyed when her mom and the show’s producers decide to revamp the show and won’t let her quit. Her life is about to change in a big way, and she’s not happy about it at all.

Verdict: Buy! Of all the reality TV books I’ve read, this one felt the most real. Bonnie/Chloe is such an authentic character, and so many of the relationships (including a very swoony romance storyline) are complicated without falling too far into unbelievability.