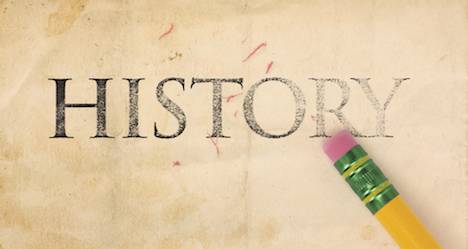 I’m not going to lie to y’all, History has always been my least favorite subject by far. Maybe it’s because I always felt the overall narrative was more important than memorizing dates of battles and my teachers never seemed to agree with me. Or maybe it’s because I rarely saw any women in the history books credited as anything more than so-and-so’s wife or mother.

But Mackenzi Lee, author of This Monstrous Thing and self-professed “history person,” is single-handedly converting me by fixing both problems. Every Friday at 1pm Eastern, she takes to her Twitter to “wax poetic about the story of a forgotten badass woman from history and why you should know about her.”

With each historical woman she features, Lee is demolishing the idea that all historical fiction needs to be about white dudes because of “historical accuracy.” These ladies’ stories are practically begging to be told in books, TV shows, and major motion pictures.

You can read all of her stories on Storify, but I’m going to summarize my five faves. Hold onto your hats, because these true stories are more awesome than even the most gifted of writers could dream up:

Mariya Oktyabraskaya was a nice communist housewife until the Nazis killed her husband. Naturally, she took out her revenge by buying a ten-ton tank, named it Fighting Girlfriend, and heading straight for the front lines. Fighting Girlfriend (yeah, I had to type it again), in Mariya’s first battle, was the first tank to breach the German position.

Khutulun was a Mongolian Warrior Princess with 14 older brothers. Pressured by her parents, she said she would marry the first man to beat her in a wrestling competition, but any loser would have to give her 100 horses. Khutulun died at the age of 45, a Mongol general with lots of horses and no husband.

Anne Lister was out-businessing all the 1800s businessmen while also seducing all the ladies, using books as pickup tools. The 4 million mostly-coded words of her diaries are now one of the best queer narratives we have from the 19th Century. Oh yeah, she was also an accomplished mountaineer and married a woman in eighteen-freaking-thirty-four.

Ursula Nordstrom became the first female Vice President of what would become Harpercollins and oversaw the production of some of the most influential children’s books of all time, like Where the Wild Things Are, Charlotte’s Web, Where the Sidewalk Ends, Goodnight Moon, The Giving Tree, Harriet the Spy, Stuart Little, and more. She changed the face of kidlit in a hundred different ways and boldly defended books against censorship. Ursula was also a lesbian who mentored a lot of queer authors, like Maurice Sendak, who she recruited after seeing his work as a window designer at FAO Schwarz.

Remedios Gomez-Paraiso, aka Commander Liwayway (Commander Dawn), aka lady after my own heart, was a major player in the Huk Rebellion during and after WWII in the Philippines. The former beauty queen got her hair done, buffed her nails, and applied red lipstick before every battle. After being released from her second capture, she worked for twenty more years as an advocate for soldiers who returned home.

Historical authors, feel free to write me all the books about these badass ladies.