I was lucky to recently have the opportunity to talk to one of my favourite authors over skype—Colleen Hoover, the queen of New Adult. Known affectionately as CoHo to her fans, the CoHorts, she is the bestselling author of eleven novels and five novellas. She is credited with founding the New Adult genre, which she humbly claims was completely accidental. 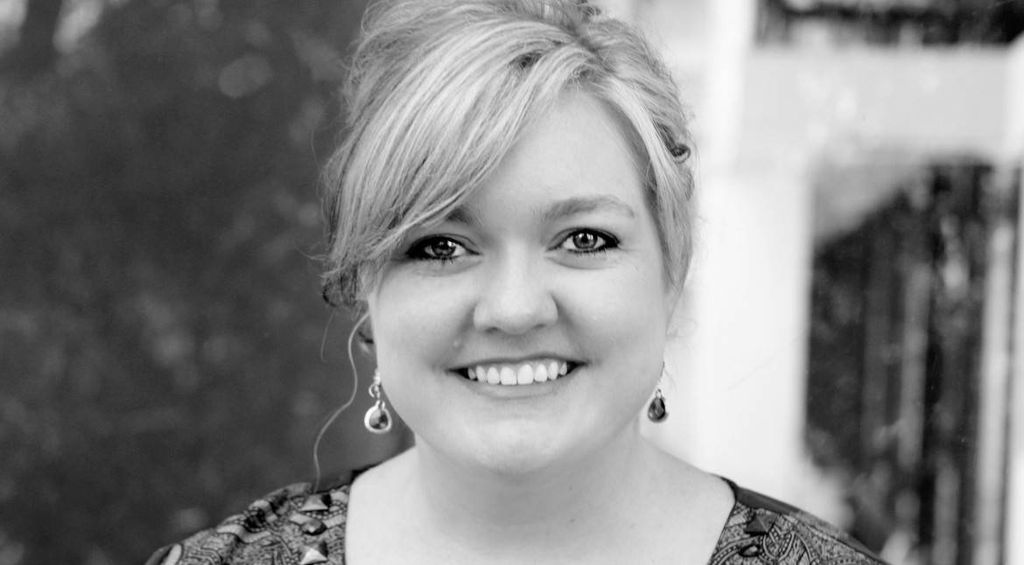 I was nervous and excited, hoping I’d be able to rein in the fangirling long enough for her to be able to speak—she was the one being interviewed after all.

Colleen put me at ease right away. She is just as funny, kind, and down to earth as you’d imagine. Our conversation was at an understandably busy time for her—she had just finished publicity for the adaptation of Confess and was under a deadline for her next novel, Without Merit.

Confess was released on the streaming service go90 on April 4th. If you haven’t watched it yet, you should definitely check it out! It was produced by Awestruck and it stars Katie LeClerc (Switched at Birth) and Ryan Cooper (Eye Candy). 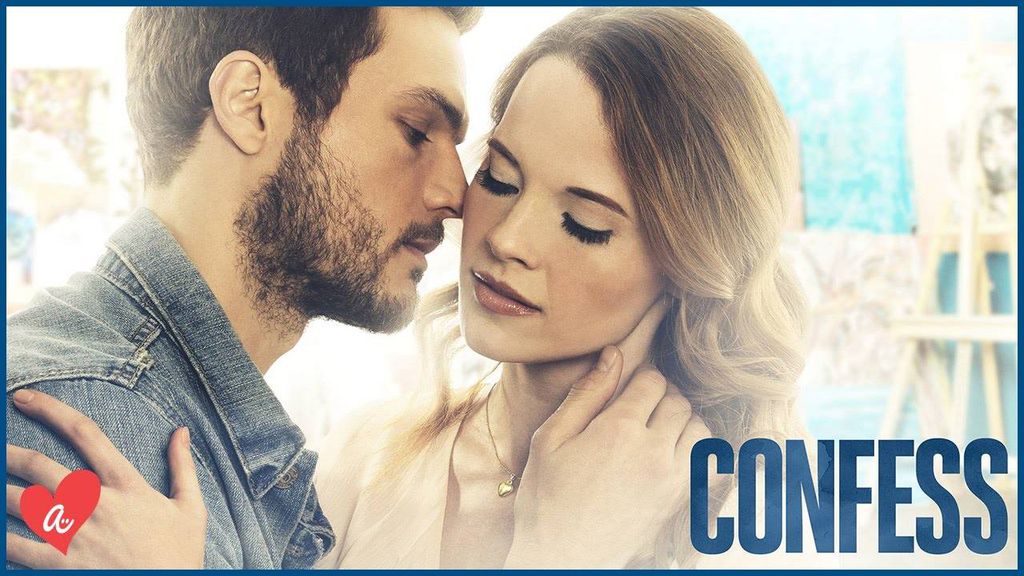 Often when a book is being adapted for the screen, it goes one of two ways: the author is either quite involved, writing the screenplay etc., or sells the option and leaves everything up to the filmmakers.

According to Colleen, Confess was kind of a combo. She didn’t think she would be as involved as she was. She says the filmmakers “pretty much made all the decisions but then ran everything by [her] afterward.” It was the director, Elissa Down, who wrote the scripts, but again, they ran everything by Colleen. She says, “they sent them to [her] to kind of look over and make any changes.” They were “very receptive” to any of Colleen’s feedback which she said was “really cool.”

Colleen’s career hasn’t been exactly typical. She began self-published and  was 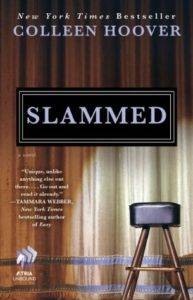 then picked up by a traditional publisher. She has since pumped out bestseller after bestseller, and they’re not typical either. When I told her it seemed like she didn’t do anything conventionally, she laughed and said, “I don’t think that’s on purpose.”

Slammed was Colleen’s first novel. Throughout the book, Colleen features lyrics from her favourite band, The Avett Brothers. This started a bit of a trend for her, she says:

“I would see comments every now and then from readers that were like, ‘Oh, as soon as I finished the book I went and downloaded their music.’  I liked that. So that’s actually why I got the idea to do that with Maybe Someday and have its own soundtrack and write the music the characters actually write in the book. Because I saw that reaction from Slammed where people were actually enjoying that aspect of it, liked being able to do something beyond just reading the book.”

Colleen does something like this with the book Confess, too. Confess is the story of an artist, Owen, and a woman named Auburn. Owen owns an art studio called Confess, where people drop off anonymous confessions. Owen looks through them and turns some of them into beautiful works of art.

If you flip to the middle of the book you can see full-colour illustrations of the paintings made by Owen alongside the confessions that inspired them. Cool, right? But the best part? They are illustrations of real paintings Colleen commissioned based on real anonymous confessions sent in by readers. She said it was really cool having the readers “really excited and [get to] see something that they were a part of come to life.” 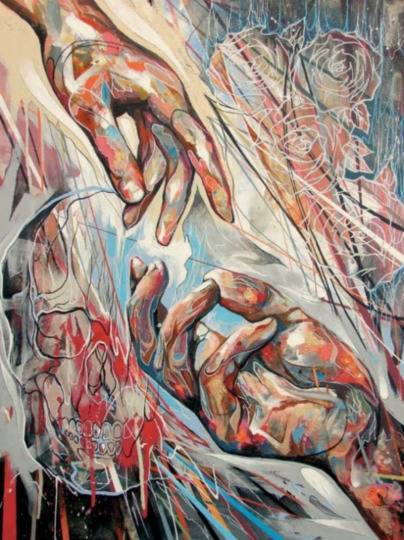 When she can, Colleen says she loves incorporating new and exciting elements like these into her books. Not just for readers, but so that she can have some more fun with the writing process, too. She says, “pulling in other artistic elements is more something for me because I just find it so cool to collaborate with musicians and artists. And it kind of enhances the book a little bit, beyond just a romance novel.”

Not only does she like to collaborate with other artists, Colleen likes to keep on top of what’s going on in the book world. There are always new and exciting ways to tell stories:

“[W]e can assume that books are just going to be paper books that we read and then finish, but I really feel like with technology and different ways we can incorporate things, it’s creating a whole new way of reading. . . . So when I’m approached [to do something new]—I don’t know if it’s going to work out, but it’s not something that takes away from the book I wrote. It almost enhances it for a new type of reader. I just feel like it’s not a bad idea to try out new things and take risks.”

I was curious about Colleen’s writing process, especially since Slammed was released just five years ago. She has somehow managed to write eleven amazing novels and five novellas in that time. It’s crazy!

When I asked her about this she laughed and told me things were starting to slow down, especially now with the Confess adaption. “I didn’t realize how much time is spent with that,” she said. Her last book, It Ends With Us, was released in August of 2016, and her next book, Without Merit, is slated for this October.

When it comes to channeling that inspiration, Colleen says she writes a little every day, “just taking notes or working on the storyline.” When it’s time to get down to business though, she needs “quiet separation” to focus:

[W]hen I actually get down to time to write the book, I have to lock myself away. I usually go stay in a hotel for a week or two at a time. Until the book is done. I can’t have interruptions. And I have three kids, so when I try to write at home it’s like constant revolving door.

Other than this separation, I wondered what writing habits Colleen has. “I do not read while I write,” she says. “It just kind of messes with my head.” She went on to tell me another of her habits, and you’d never guess:

“I have to have a new pair of socks when I write. I don’t know why. Right before I go to a hotel and lock myself up, I’ll go buy two packages of socks ‘cause I like brand new socks. It’s bizarre. But it’s just one of those things.”

I wouldn’t be a true fan if I didn’t ask about the long-awaited Ugly Love film adaptation*. Ugly Love, immediately popular and beloved, was optioned for film shortly after its August 2014 release. Fans have been waiting not-so-patiently ever since. Currently, the film’s Twitter lists the release date as November 2018. When I mentioned this to Colleen, she practically scoffed:

“That one has had three or four different release dates so I don’t know how hard of a release date that is. They have not begun filming yet, I know that. They’re still in the pre-production phase. I’m waiting to get the screenplay. So, once all that happens, I think then it will be more of a hard date that’s actually gonna stick. It just keeps kind of moving back and moving back.”

When I asked her how often she’s pestered about this, the answer is, of course, “Every day, all day.” However, she is very gracious about it: “It’s fine though. I’m as excited about it as they are.”

She does, however, prefer the way things worked out with Confess. In that case, they kept things under wraps for quite a while. According to Colleen, they “didn’t tell anyone until [they] were in the middle of filming.” By doing things this way, the payoff for all the fans’ excitement was delivered much quicker.

When the interview was coming to an end, I asked Colleen what she wanted to leave Book Riot readers with, and if she had any book recommendations:

“[W]atch Confess! It’s free—that’s what I love the most about it. No one has to pay anything, you just download the app. And, a lot of people don’t know this, but if you have Verizon, it doesn’t even use your data to watch it. . . . I’m really excited about it. They did a great job. I think Katie and Ryan were incredible in their roles and I couldn’t be happier. I’m excited for everyone to see it. And I really hope they get the international rights out there and sold so that everyone can see it.” 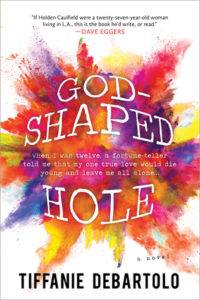 As for book recommendations, it’s no surprise that Queen Colleen recommends some great romance. It may, however, come as a surprise though that prior to writing Slammed she had never actually read a romance novel. Now, however, she says it’s all she reads.

*Between the time of the interview and publication, the film rights of Ugly Love have defaulted back to Colleen Hoover and there is not currently an adaptation in the works.