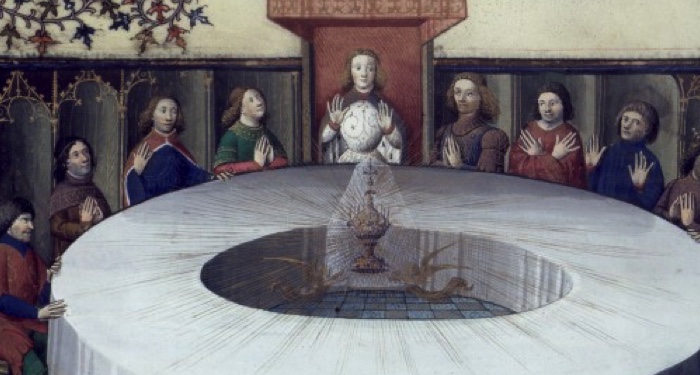 There is no genre or medium of literature untouched by Arthurian legend. Sometimes the analogues are obvious while others are more subtle, but I promise you don’t have to look that long, or even that hard, to find something. Comics are no exception and I have for you today three comics for fans of the king and his knights. 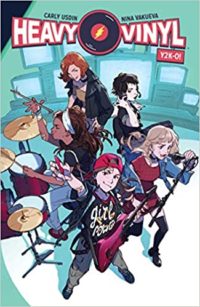 At first glance, this 1990s record store–set comic may seem an unlikely candidate for the “Arthurian-inspired” label, but hear me out. When Chris joins the staff of Vinyl Mayhem she thinks she’s landed her dream job, but there’s even more to it than hanging with the cool girls and spending her days listening to the best music: from the moment she’s hired, Chris is being tested. The results will determine whether or not she’s allowed to join a teen-girl vigilante fight club.

A teen-girl vigilante fight club that helps those in need. Kennedy, Delores, Chris, and Maggie, though young, are willing to risk their lives for innocents who can’t help themselves, a setup which, if you ask me, sounds an awful lot like a certain circular meeting/dining surface. Before joining the club, Chris has to prove herself worthy, also a defining element of Arthurian legend. And we can’t forget the all important romance which, in this particular case is an adorkable queer coming together of Chris and Maggie I’m happy to report has a much happier ending than any of those central to the Arthurian canon. 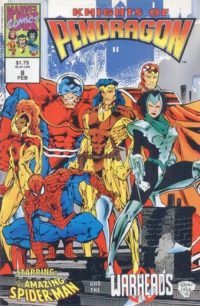 I didn’t know about Knights of Pendragon before I started researching for this post but once I found it, I couldn’t not include what looks like it was probably Marvel’s attempt to Make a Statement, back when they were still interested in doing such things. The team first appeared in 1990 with all that implies regarding art, so…sorry/not sorry.

The titular Knights of Pendragon had a three year, 18 issue run in a book published by Marvel UK. The team consisted of eight members (some of whom were borrowed from Captain Britain books), each possessed by a Pendragon spirit (I write some weird stuff and I could not make this premise up if I tried): Peter Hunter/Albion (Merlin/Herne the Hunter/The Green Knight); Adam Crown (Arthur); Ben Gallagher (Percival/the Green Knight); Franchesca Lexley Grace (Morgause); Breeze James (Guinevere #2); Kate McClellan (Guinevere #1); Sir Gawain (a robot possessed by…wait for it…Gawain); and Joseph Chapman/Union Jack. Just for funsies, it was suggested the Iron Man and Black Panther were unawakened Pendragons (Bedevere and Robin Hood respectively. Because why would, oh, I don’t know, the archer be Robin Hood?).

The book was launched as an attempt to build on the success of Captain Britain and, at least at the beginning, carried a a strong environmental message. The through arc of the series was the team’s battle with eco-terrorist organization Bane. Leaning into its message, The Knights of Pendragon floppies were printed on Scangloss, paper produced with half the trees of the normal sort and a minimum of whitening bleach.

As is so often the case, the book lost focus, and with it, readership. It was cancelled in 1993 and the proposal for a follow-up was turned down, though the team did appear as guest starts in a few other stories. 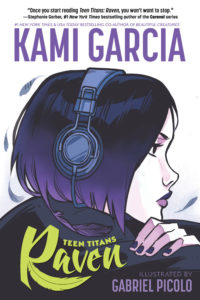 While Raven doesn’t draw directly from Arthurian legend as such, it does deal with one of the tale’s most prevalent themes: the evil within and the choice to either resist it or to relinquish one’s self to it. Garcia and Picolo have reframed Raven’s origin story: setting it in a city where magic and the dead roam freely; allowing her to live with family who believe in the supernatural; and recasting Raven as someone who, after a hesitation, asks for help, gives her an advantage Lancelot and Guinevere deny themselves. Would their story have ended differently if they had gone to Arthur and told him of their feelings for each other? Or if Guinevere had claimed her personhood and refused her marriage in the first place? It’s when Raven declares, “I belong to myself!” that she triumphs over her (literal) inner demon; if Lancelot and Guinevere and even Arthur had been willing to do the same, might they have changed their fates? I don’t know, but it sounds like a story I’d like to read.

There’s a reason we return to Arthurian stories time and again; they touch something in us, help us find ourselves and our places in the world even all of these centuries later. We continue to tell them in different forms, consciously and unconsciously, because they allow us to access the collective consciousness, to feel closer to other people with whom we may share nothing else but these stories.

But as all readers know, there is no bond more powerful than that.