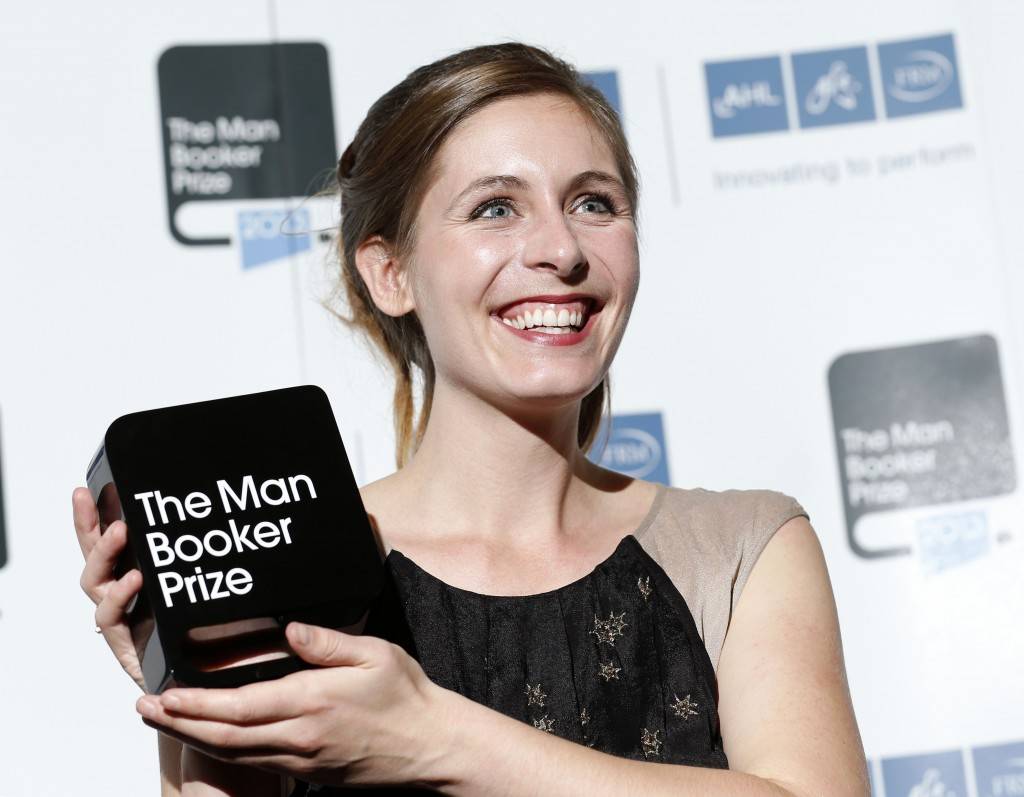 It is possible that the life of every Man Booker Prize judge ends in this way: sitting quietly in a café, sipping strong coffee, counting how much of your life has been lost to books.

‘Lost’ is probably too harsh a word. Stuart Kelly is a literary supplicant; he has gladly given his existence over to the book gods. He has read a book a day since he was 15, written two of his own, reviewed professionally his entire adult life, and cherry-picked the best young British novelists for Granta magazine.

Two weeks before we meet to sample some of Edinburgh’s strongest caffeinated drinks, came his professional highlight. At a ceremony in London’s Guildhall, he, along with three other judges, picked the winner of the Man Booker Prize, one of the world’s most important literary awards.

Their decision was unanimous: The Luminaries by Eleanor Catton. It was the 28-year-old Kiwi’s second novel, and, at 832 pages long, was the longest ever to win.

For Kelly that was then. This is now – a quiet midmorning café just off the Royal Mile. The ability to tip a cultural axis has given way to choosing to abstain from cake. “It’s funny,” he says, “You are absolutely at the centre of the literary world. There’s something melancholy about moving on from that.”

He is not idle, of course. Far from it. He is programming Aye Write!, Glasgow’s book festival; has been appointed to the e-council to advise on the International Man Booker, which rewards a career, not a singular novel; and is reviewing constantly. JJ Abrams’ puzzle-box of a debut novel, The Ship of Theseus, sits on the table (“It’s astonishing,” he says. “Next year’s judges are in for a treat when they get this.”).

But for now, Kelly puts down his coffee and offers Book Riot some insights into the pressures and the joys of choosing a Booker winner, why a graphic novel should win it one day, why The Luminaries  changes what the novel can do, and what impact the Americans will have under the redrawn eligibility criteria for the prize.

Was The Luminaries honestly your favourite?

Absolutely. When I first read it I thought, I’ve just read the winner. Every time I read The Luminaries, I got something more out of it. I was very proud of everything on both the long and short lists. But we were looking for novels that could change what the novel could do. She does that.

Each chapter is half the length of what comes before. That is the golden mean. It’s an image of perfection. On the other hand it is the law of diminishing returns, the image of complete capitalist imperfection. So that level of craft is staggering.

At first I did wonder if this was just a flourish. But her structure has meaning. With the novel it can’t be new content poured into old form – it has to change the form itself. Everything on the shortlist did live up to that. It changed what the novel was capable of doing.

What impact does judging the Booker prize have on your social life?

I’ve always treated it as a professional thing. I’m at my desk at 8am, finish at 7pm. And I would happily read into the night. It’s something I love. I was absolutely committed to it.

I started reading for it last November. Of the 151 entered only 50 of them were serious contenders for the long list. At times some books seemed better than they were, because you were going through a dry patch.

Do you actually debate on the night, or is it a done deal long before then?

Yes. We debated for two hours. Robert MacFarlane [the chair] said, let’s argue against our favourites and see if they still stood up to it. We all had to be devil’s advocate. In the end we didn’t need to vote. Robert said at the outset, if we have to vote, we’ve failed. We all didn’t want to be a situation where two of the judges would be sitting through the Guildhall dinner with rictus grins, trying to pretend they approved.

As a judge did you learn anything about the nature of the Booker that you couldn’t have gleaned as a mere reader?

The thing that fascinated me the most of the judging process was the rereading. How often do you reread a contemporary novel? I’ve maybe reread Midnight’s Children, maybe Lanark. But there are very few books, and even fewer Booker winners, that I’ve reread.

The rereading process made it clear to me why certain things happen with the Booker.

A crime novel would struggle in these circumstances. It can be great the first time. The second time you can admire the way the solution was set up. But would it bear a third reading?

Look at comic novels. A joke has to be very funny to be funny three times. In previous years I was disappointed a comic novel didn’t get through. Now I understand what that pressure is. I loved a novel such as A Fraction of the Whole by Steve Toltz, but would it have been as good on that crucial third reading?

So it does reward seriousness. It does reward the books that can actually deliver on a third reading. And that’s something I would say categorically about Catton. You could read it the first time just for the Victoriana, the melodrama and the plot twists. When you read it a second time you realise just how precise her astrological structure is. And on the third reading I was still getting more – realising how it balances astrology and capitalism, the way that love is the one thing that changes people, whereas wealth can’t. It’s a profoundly intelligent, profoundly affecting book.

Have your favourite books won in the past, when you weren’t a judge?

Eleanor Catton is the youngest ever Booker winner. Do eye-catching superlatives like this flash before your eyes when you’re making your decision?

No. You are so into the novel by then it doesn’t really matter. She could have been a 78 year-old Martian and it wouldn’t have mattered. It’s slightly more difficult when you have writers with big reputations. You are always thinking, is this as good as other work they have done.

That was possibly the hardest thing in judging the Booker: just concentrating on the book and trying to put the author’s career and reputation out of your mind.

But we never talked about age, gender, or nationality. I’m convinced that if you go with quality, what you’ll get is equality. You get diversity and gender balance. I think in those years when there hasn’t been that gender diversity, someone has had their thumbs on the scales.

You are a graphic novel fan. Could one ever win the Booker?

I think it depends on the panel of judges. This year we were interested. I was disappointed we didn’t get more of them, but some people are more sceptical. I would be very happy to see a graphic novel win. That said, it has struck me that most of the best graphic works tend to be non-fiction – Joe Sacco, Katie Green’s Lighter than my Shadow, Alison Bechdel. They tend to be memoirists rather than novelists. So it may be a while before one wins.

Next year the rules change. Rather than only writers from the Commonwealth, Ireland and Zimbabwe being eligible, all English-language writers can enter. How have you reacted to the anguished cries in some circles of ‘The Americans are coming!’, like a reverse Paul Revere?

The rule change is a good idea. It gets rid of the prize’s imperial hangover.

Everyone is obsessed with the Americans. It’s more than the Americans. For example the likes of Michel Faber was ineligible because he has a Dutch passport. Elif Shafak, the Turkish author wouldn’t have been eligible.

The whole idea that the Americans are coming is a bit skewed. I’m vaguely amused by seeing these English writers going through this cultural cringe. I nearly emailed some of them saying, as a Scot I have some experience of having a larger more culturally powerful neighbour. I can offer you some counseling on this.

But it’s not inevitable that an American is going to win every single year. For example, if Thomas Pynchon, whom I adore, had been eligible this year, I still would have given it to Catton.

Does opening entry to the Booker up change what the prize’s purpose? What is it for?

It is the best novel of the year in the view of the judges. And we interrogated that idea quite strongly – what does best actually mean? Is it the most ambitious? Artful? Affecting? So we really thought through what the best novel is. And we felt it is the one that changes the nature of the novel.

The Booker underwent a great deal of difficulty two years ago, that’s a fairly open secret. It was not an easy year. Last year’s judges saved the Booker. They reinstated it as a serious prize. We were able to even more so say: this is about the avant garde; this is about the novel being different.