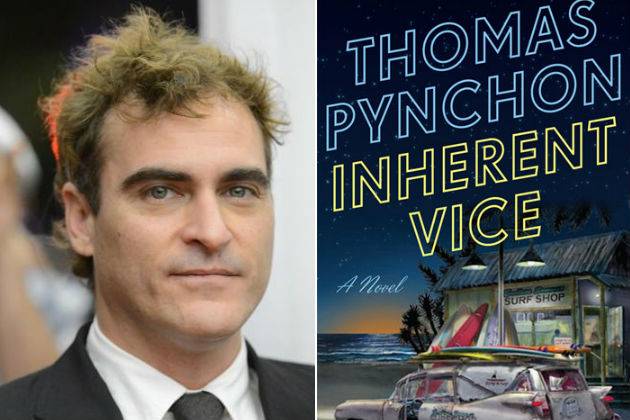 Director Paul Thomas Anderson’s follow-up to his critical darling The Master is an adaption of Thomas Pychon’s 2009 goofball of a novel, Inherent Vice. It’ll be the first time a Pynchon novel has ever been adapted for the big screen. Filming wrapped in August, and a release of mid- to late-2014 is expected. But will it be any good? Let’s take a look.

Source Material/Screenplay — While Inherent Vice is often described as “Pynchon lite,” it’s still a wacky pun- and joke-laden, indecently complex, and heavily charactered piece of fiction. The story is about a stoner P.I. named Doc Sportello who, in 1970s Southern California, tries to solve an increasingly mixed-up plot involving the disappearance of his ex-girlfriend Shasta and a real estate mogul named Mickey Wolfmann. I liked the novel a lot — reading it feels like what it must be like to go through life as a stoner. Cause is often loosed from effect, things just happen, and there’s a plethora of plot and thought digression (though not as much as in a typical Pynchon novel). So I think the key to making this work will be the judiciousness of the cuts PTA, who wrote the screenplay, is able to make and still capture the complexity of the mystery and the “romp-like” feel of the story. One last note: A clear strength of the novel is its dialogue — and this will be a lot (I mean, A LOT) of fun on the big screen.

Director — As I read the novel, I kept thinking that it had Coen Brothers written all over it — there’s definitely some Lebowski-ness to this story. But if there’s any other director who can pull off a Pynchon adaptation it’s gotta be PTA. If you’re not familiar with his stuff, in addition to The Master, PTA is the genius behind There Will Be Blood and Boogie Nights (which he made when he was only 27 years old!), among others. Like Pynchon, some say PTA is an acquired taste, but if you like his stuff, you’d have to agree that the chances are good he’ll nail this one, too.

Cast —Joaquin Phoenix plays the lead character/detective, stoner Sportello. I purposefully waited until I finished the novel to see who was playing this role, and I was really surprised. Phoenix seems too “dark” to play the happy-go-lucky stoner Sportello. I guess we’ll see. Josh Brolin is cast as hard-boiled LAPD detective Bigfoot Bjornsen. Inspired! And some of the other minor roles are brilliant, as well — Martin Short as a goofy dentist named Blatnoyd, and Benicio del Toro as Sportello’s not-quite-on-the-level lawyer Sauncho. Here’s the list of the entire cast — it’s an impressive group.

Wild Card — There’s a reason Pynchon’s never been filmed, and again, while Inherent Vice is probably Pynchon’s most accessible novel, it’s still not Dan Brown. Will it work? Here’s something else to think about: Pynchon had to have given his sign-off on the option for the film — what if he makes an appearance at the premier? Is that something you might be interested in? Okay, probably a long shot. But overall, I think PTA can steer this to success, but like The Master, it may be more critical success than commercial.