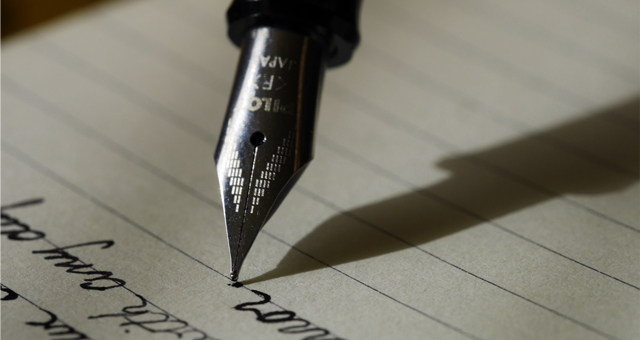 Writing isn’t all fun and games. Except, of course, when it is. Constrained writing, or writing that involves self-imposed limits, can take many forms. Poetry often works within expected constraints, like rhyme schemes. But you can constrain prose, too. Or limit poetry in new, unexpected ways.

Members of the Oulipo, an experimental French group active since 1960, have famously used constrained writing in their work. “Oulipo” stands for Ouvroir de littérature potentielle, or “workshop of potential literature.” Oulipian writers have generally focused on using limitations to foster new creative possibilities. 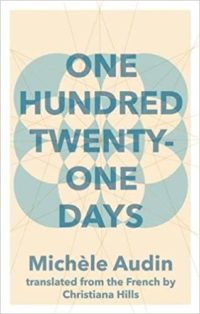 Michèle Audin is a French writer and mathematician, making her a natural candidate for the Oulipo, of which she’s been a member since 2009. One Hundred Twenty-One Days, her first novel, is available from Deep Vellum Publishing in English translation. This book follows the experiences of some mathematicians doing work throughout World War I and II. Each chapter falls into a specific style, such as that of a fairytale, a diary, or an interview. Each chapter also begins with the words on which the previous chapter ended. This all makes for an especially absorbing and unique read. 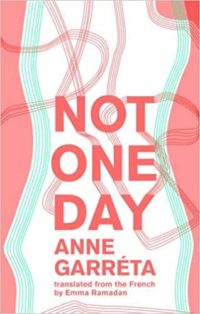 Not One Day by Anne Garréta (Translated by Emma Ramadan)

Here’s another offering from Deep Vellum. Not One Day involves a constraint of organization. In this genre-defying adventure, Garréta resolves to write about an instance where she desired a woman, or a woman desired her, every day for a month. Without giving too much away, let’s just say that this doesn’t turn out to be the compilation of conquests you might expect. Rather than simply fulfilling the constraint, Not One Day produces something unexpected and invigorating. 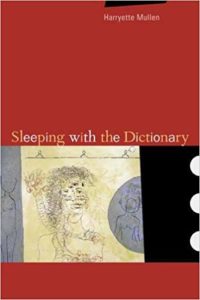 Sleeping with the Dictionary by Harryette Mullen

Harryette Mullen isn’t a member of the Oulipo, but has made deliberate use of some Oulipian techniques. Poetry may typically already have certain constraints, but that hasn’t stopped Mullen from creating new ones. In Sleeping with the Dictionary, she orders all poems alphabetically, and makes use of additional artistic feats of organization—alphabetical and otherwise. For example, the poem “Any Lit” constructs a skyscraper of near-identical sentences built on the formula “You are a [word beginning with “u” sound] beyond my [word beginning with “my” sound].” 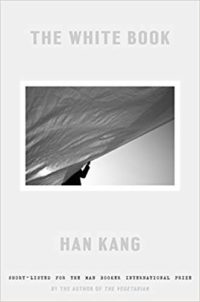 The White Book by Han Kang (Translated by Deborah Smith)

Han Kang, author of the acclaimed novel The Vegetarian, has also produced this work based on the theme of the color white. The White Book begins with a list of associations with the color. It then circles “white” imagery for the rest of the text, which itself revolves around the protagonist’s thoughts about her sister who died shortly after birth. The White Book wavers between reading like a novel, essay, and poetry collection. While the constraint here may be looser than with other works on this list, it’s definitely worked to produce new possibilities. 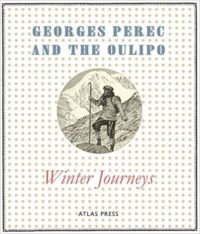 The late Georges Pérec arguably remains the most prominent member of the Oulipo, with one of his most notable works being La Disparition, translated into English as A Void. This novel, an example of a lipogram, famously never used the letter E. (The constraint was kept in the translation.) Winter Journeys, which publisher Atlas Press categorizes as an “anti-classic,” is definitive for a different reason. It collects 20 texts from Oulipo members riffing off “Le Voyage d’hiver” (The Winter Journey), a short story of Pérec’s.

Pérec’s original story is an amusing few pages about a man who discovers a curious book in a friend’s library one night. This book reveals some of the great minds of French literature to be plagiarists. The other Oulipo members spun “sequels” to Pérec’s story over a number of years. In the process, they created tales of elaborate literary conspiracies, alternative histories, and rewritten mythologies.

This is a fantastic book to add to your coffee table collection. Or to place unassumingly on a nightstand, where your guests can discover it for themselves on a cold winter’s night.

“Lion-Eating Poet in the Stone Den” by Yuen Ren Chao

This isn’t exactly a masterpiece to savor, but it’s an extremely playful (and plain extreme) example of constrained writing. Yuen Ren Chao, a famous linguist, wrote this piece using Chinese syllables distinguishable from one another in speech only by their tones. The result is a comprehensible poem that consists entirely of the general sound “shi.”

“Lion-Eating Poet in the Stone Den” is about a poet named Shi, who lives in a stone room and has an appetite for lions. He shoots ten lions and brings them back to his stone room to eat them, but then realizes that the lions are also stone. While this is extremely silly, it’s not without literary merit. After all, it’s clear even if you’re reading a translation that the poet is trapped in a prison of language.

The works above only represent a few steps into the world of constrained writing and Oulipian wonders. For a closer look at the legacy of the Oulipo and how it could inform modern literature, check out The End of Oulipo? by Lauren Elkin and Veronica Esposito.

Maybe you’ll be inspired to try your own writing experiments. Have fun!