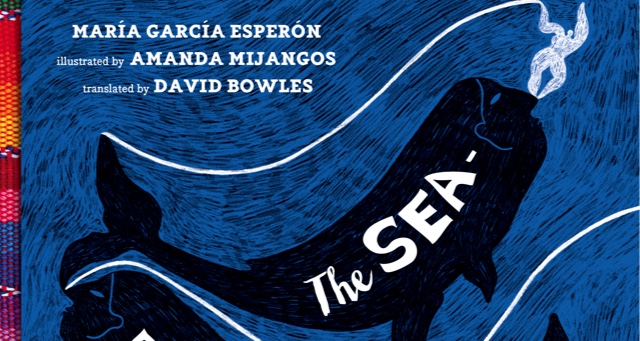 Looking for a shiny new indie kid’s book for the shelf? Take a look at the cover for The Sea-Ringed World: Sacred Stories of the Americas by María García Esperón, and translated by David Bowles, with original artwork by Amanda Mijangos, out October 2020. Check out the synopsis below, and keep scrolling for an excerpt from the book: 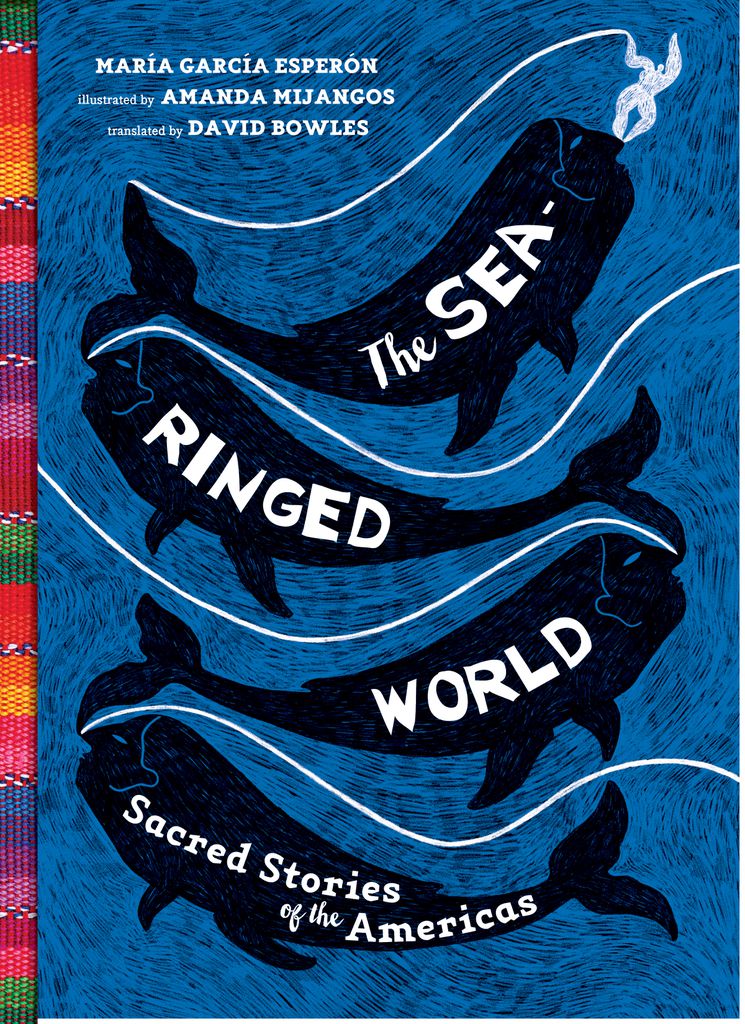 Originally published in Spanish in Mexico by Ediciones El Naranjo, The Sea-Ringed World is an illustrated middle grade collection that gathers together stories from cultures across the Americas, from the tip of Argentina to Alaska. With its one-of-a-kind art to accompany each tale, it is a collection that will appeal to children, but also to any lover and collector of books.

So long ago that the years are impossible to count, a god lived alone in infinite space. A headdress of sunbeams crowned his head, a halo of purest light. He felt so much energy bubbling in his chest, deep in his heart, that he knew he must create a world. His name was Taawa, and from his hands burst forth prairies and waterfalls, an immense land full of mountains. In the midst of this world, Taawa carved a Grand Canyon, through which a river of crystalline waters flowed forever.

But there was no one in those beautiful lands. Taawa then had another idea: he would create a grandmother. So from his hands also emerged Kookyangwso’wuuti—Grandmother Spider. She immediately began to weave an endless web. And from that web came everything that was missing from the world that Taawa had created: clouds and fish, birds and people.

However, the nights were very dark, because Grandmother Spider forgot to make the stars.

Human beings set out to inhabit that first world. Grandmother Spider gave them advice, never ceasing to weave her web, to which she continuously added some new river or tree. Then down the mountains came a trickster god, whose name was Iisawu—Coyote. And Muingwu, a generous god, creator of maize.

Treating both gods with respect, the people lived happily until something happened in their hearts. They lost their way. They began to behave so badly that Taawa crossed his arms over his chest and his crown of sunbeams grew dark.

The people were frightened as the sky broke into pieces and the earth shook. A rain of fire fell from the clouds until a curtain of hail extinguished the flames and buried the houses. The people cried and tried to get to safety, but it was impossible. Taawa had made himself dark to destroy the world and punish the evil that had taken over the humans’ hearts.

Grandmother Spider felt compassion for those few who had kept their hearts pure, but who were suffering calamities that were punishment for evil folks. She descended from her web amid the stars and led the chosen ones towards the Grand Canyon. When all had assembled, a giant, hollow reed burst from the depths of the huge fissure in the ground. Then Grandmother Spider said with a very strong voice:

“My children, the first world is over. I have woven a home for you, with beautiful meadows and blue buffaloes, resplendent skies and eagles of majestic flight. That world awaits, but you must strive hard to reach it. You must climb upward inside this hollow reed that the Grand Canyon has gifted. Help one another as you go. After a long night, you will arrive at the land that I, your Grandmother Spider, have promised.”

The last human beings obeyed her. They climbed up the great reed, and at the end of the long night, they emerged through a sipaapu, a portal into their new lives. They awoke on the first morning of the new world. Grandmother Spider took a net that she had knitted and carefully tied dewdrops on. With all her might, she threw that net into the heavens.

And on the first night of the new world, a million stars began to glow.