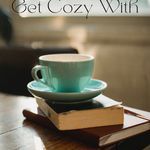 I love a book that can make me feel a chill even when it’s 90º out. I’ll admit, I live in Florida and haven’t lived anywhere cold for more than a couple months, so wintery stories are still quite theoretical for me. I’m definitely that Floridian putting on a sweater as soon as the temperature drops below 72. Maybe that’s why I love them so much. The chill on the air, the wind stinging your face, the light reflecting off icicles, the way a blanket of snow seems to muffle everything, the stark silhouettes of leafless trees — it’s all quite magical to me. (We don’t need to talk about deicing windshields or pipes freezing or numb fingers — don’t ruin my fantasy.)

I love to curl up under a blanket, cat resting on my feet, hot cocoa or a mocha warming my hands and dive into a story set in a wintery wonderland. Here are twelve young adult books with a winter or cold theme to get cozy with this winter. There are mix of genres from contemporary and thriller to fabulism and fantasy. I’ve tried to start with the lighter, cozier stories and move on into the darker stories, so you can find the best book for your mood.

One Way or Another by Kara McDowell

Paige Collins has anxiety and decision paralysis when asked to choose whether she wants to go with her crush’s family to a mountain cabin or with her mom to visit a city she’s always dreamed about. In a Sliding Doors type of twist, she explores both options after slipping on a grocery store floor.

The Holiday Switch by Tif Marcelo

Lila lives in a picture-perfect town, runs a book blog dedicated to holiday books, and works part time at the local Bookworm Inn. When the Inn owner’s nephew starts working with her, she thinks he’s obnoxious. But when they accidentally switch phones one day, they both discover each other’s secrets — and it might bring them closer together.

You Can Go Your Own Way by Eric Smith

Adam is determined to save his father’s pinball arcade from a chain of soulless gaming cafes, owned by the father of his ex-friend Whitney, who runs their social media. When a huge snowstorm hits, Adam and Whitney are trapped together in the arcade, cut off from everything else, and given a chance to reconnect.

The Flower of the Witch by Enrico Orlandi, Translated by Jamie Richards

In this graphic novel, Tami is on a quest to become a man. He’s fought monsters and rescued damsels, but now he must find a fabled flower. In the process, he accidentally angers a demon, putting the family who has sheltered him in danger. Now he has to decide what matters more: completing his quest or protecting those he cares for.

In a world with song-based magic, a powerful mage forced to torture her queen’s enemies is reunited with her childhood friend, who has ties to a rebellion. As they reconnect, she begins to question her loyalty to the ruthless queen.

Two sisters are frozen in grief after the death of their mother six years ago. Ariana disappears in the middle of a snowstorm, which wipes away any tracks or evidence of where she’s gone. Her sister Rowena is left trying to puzzle together where Ariana went and why.

The Liar’s Guide to the Night Sky by Brianna R. Shrum

When her family moves her to Colorado for the last semester of her senior year, Hallie sneaks off with some cousins to an abandoned ski slope. But a mudslide derails their bonfire plans and they soon find themselves fighting the weather and wildlife to survive.

The November Girl by Lydia Kang

Anda is the daughter of the lake and she shuts down Isle Royale every winter with her fierce November storms. Hector is hiding from his abusive family until he turns eighteen. Both of them carry so much pain and violence, which may be why they slowly start to connect with each other.

Where Dreams Descend by Janella Angeles

In a city covered in ice, a fierce magical competition takes place to find the next Conquering Circus headliner. Kallia is out to prove herself in the male-dominated field, but there is more to the competition than she first thought as magicians disappear and the acts become more and more risky.

The Ballad of Dinah Caldwell by Kate Brauning

Dinah runs her family’s Ozark farm until the day she finds a wealthy rancher standing over her mother’s body. The rancher puts a price on Dinah’s head, forcing her into the woods with the only person she can trust. She could leave the mountains, but she wants revenge and revolution.

The Girl from Shadow Springs by Ellie Cypher

No one survives crossing the frozen Flats, but that doesn’t stop treasure hunters from trying. Two sisters survive by scavenging their possessions. Jorie scavenges off of one body, leading the man’s enemy to believe she has something valuable and he takes her sister hostage in exchange for the item back. But Jorie has no idea what he’s looking for.

Sam, her brother, his best friend, and three classmates set off for senior ski weekend. But when their car crashes into a snowbank in a cellphone dead zone, the temperature drops rapidly and her brother is injured. He’s getting sicker and the elements begin claiming members of their group. Sam will do whatever it takes to keep her brother alive.

Get that fireplace ready (or turn down the AC slightly if you’re me), tuck your toes under your blanket so they don’t get cold, and enjoy these YA books to get cozy with this winter.