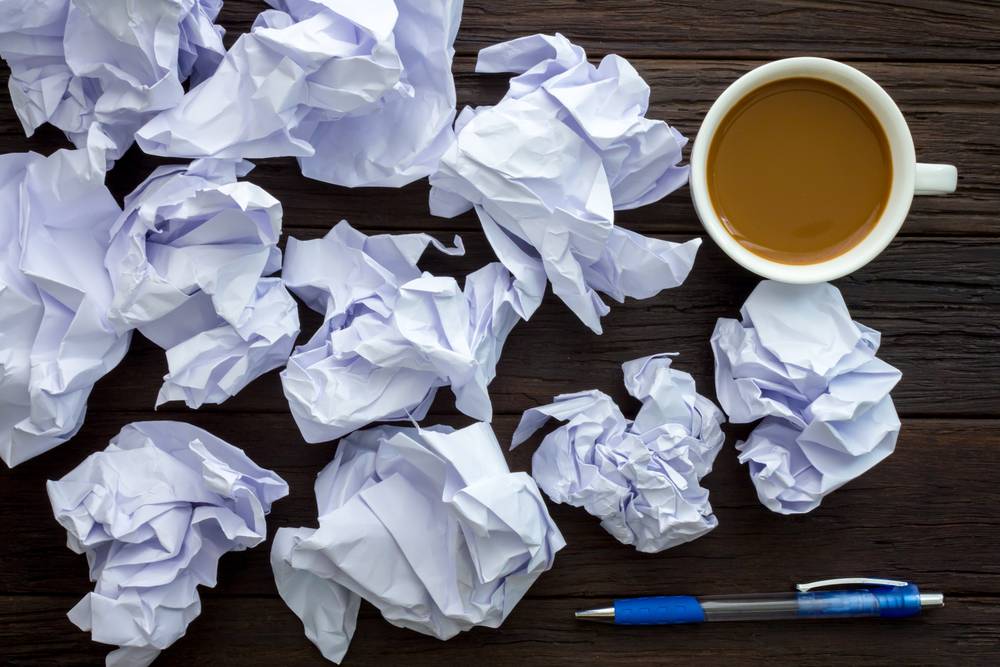 I wrote and drew lots of comics as a kid, but very few of them had endings.  More often than not, my projects would peter out a few pages in. My ideas, which always seemed so brilliant at the beginning, would start to feel stupid after I’d spent some time on them. Worse than stupid, actually — they felt cliché. This happened over and over, and I filled my desk drawer with abandoned stories.

Now that I’m an adult, I realize that this cycle (Excitement! Production! Disillusionment! Abandonment!) is pretty common.

I recently had the pleasure of doing an event with award-winning children’s book illustrator Christopher Myers. Chris comes from a pretty distinguished lineage. His father is the legendary young adult novelist Walter Dean Myers, whom the world lost two years ago. (As a writer, I’m grateful for the elder Myers’ legacy.  He was the third National Ambassador for Young People’s Literature and did much to help establish the post.)

Walter Dean Myers is right, of course. There are countless talented creatives who never finish their projects, many of whom are probably leagues more talented than those who do.

Let me be clear: there is NOTHING wrong with not finishing. I firmly believe that the act of creation is worthwhile in and of itself. You can find healing and insight and good old-fashioned fun in a story that never reaches the final page.

But, if you want to get published, you have to finish.

And I get it, finishing is hard. Once the passion runs out, what pushes you to the end?

Here are some strategies that have helped me. As always with this sort of thing, your mileage may vary.

1. I realized that my feelings about my project aren’t always accurate. OF COURSE my idea is going to feel cliché after a while. After working on an idea for weeks, after staring it in the face for hours on end, after getting to know its every wrinkle, it becomes familiar. And familiarity breeds contempt. Just because I’m tired of my idea doesn’t mean it’s actually tiresome. (I mean, it might be tiresome, but my own feelings aren’t the best way to figure that out.) Also, I’ve often (but not always) found renewed passion for a project as I close in on the finish line.

2. I discovered that finishing projects makes me better.  In their book Creative Confidence, authors Tom and David Kelley describe an experiment done in a ceramics class. The professor divided the class into two groups. He told Group A that their entire semester grade would rest on the quality of their single best piece. He told Group B that their semester grade would have nothing to do with quality at all. Instead, they would be graded on how many pounds of finished pottery they produced – the higher the poundage, the better their grade.

The two groups acted as you’d expect.  Group A spent their entire semester working on one masterpiece.  Group B threw pot after pot.

At the end of the semester, all the best pieces came from Group B.

Finishing makes you better.  This even (or maybe especially) applies to pieces that you consider subpar.

3. I enlisted friends who were good at being jerks. A year or two after I graduated from college, I set a goal for myself. I was going to write, draw, and self-publish a comic book in one year.

I had an idea for a story. I bought all the pencils, brushes, and paper that I needed. I got myself a t-square. I’d even researched how to get a comic book printed and distributed in North America. I was all set. But then I remembered that drawer full of abandoned stories.

I was living with a few college friends at the time, so I told them my plan. I asked them to ask me about my progress every few days, and if I didn’t get as far as I was supposed to, to make me feel bad about myself. They were very, very good at it.

I haven’t lived with those guys for a couple of decades now, but their voices are still with me. They still compel me to finish my projects.

Push yourself to finish one project, then two. Get some support from your friends. Soon the feeling of finishing will become familiar, and it will become just another part of your creative routine.