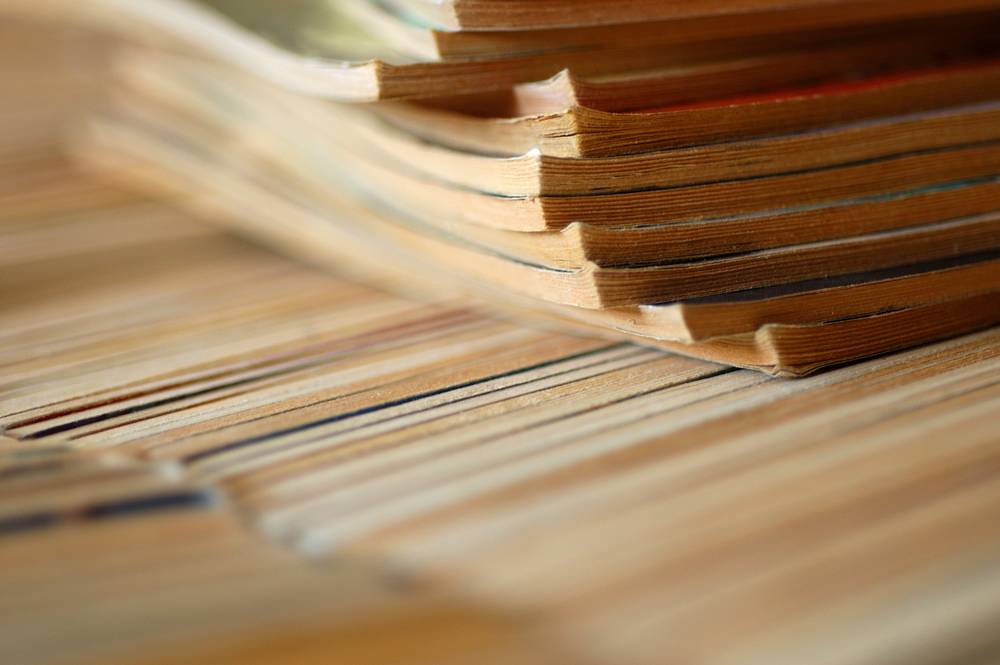 I’m reading a comic book—an older one, maybe from the 1960s or ‘70s. It’s filled with ridiculous set-ups and needlessly complicated but never disappointing payoffs. Generally I prefer more serious comics, but sometimes I get an itch that only a story about Supergirl turning into a demon or Iron Man plugging into a wall socket to recharge every few hours can scratch.

Then suddenly, it happens. Something horribly outdated (and just plain horrible) jars me right out of the story. Mr. Fantastic thinks wives “should be kissed and not heard.” Green Arrow puts on a war bonnet to show how much he totally respects Native Americans. The female heroes can’t stop talking about clothes, cute boys, and trips to the hairdresser.

The characters may be timeless, but these scenes of bigotry in comic books sure aren’t! 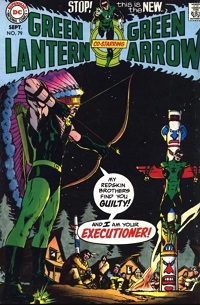 The idea that comic books should be respectful of women and people of color is sadly a new one. Even when the creators tackled a serious topic, their efforts fall flat by modern standards. Most early attempts at dealing with, say, racism or xenophobia still focused on how the privileged folks—in this case, the white characters—reacted to prejudice and heroically came to the realization that maybe minorities are people too.

The characters of color are still plot devices in these stories. They show up when a white person needs a good talking-to, and then politely bow out so as not to take too much panel time from our Caucasian heroes. And while women are marginally easier to come by in old school comics, their portrayal is often less than optimal. The less said about “girl power” specials, where the women rebel against the men and strike out on their own only to inevitably return with no one having learned anything, the better.

Personally, I find bigotry in old comic books kind of hilarious. I get the same twisted enjoyment out of it as I do out of Mystery Science Theater 3000. These comics were all published a long time ago. Of course their morals aren’t going to mesh well with current ones, just as things we consider okay today will be horribly cringeworthy half a century down the line. I expect sexism in old comics, and racism, and indirect forms of various other isms and phobias that occur when entire groups of people are simply ignored.

But from new comics, I expect better.

It’s 2018 already. The industry has had decades to learn from its mistakes. There’s no excuse for stuff like fridging the hero’s girlfriend just for drama, or for Infinity War picking off (however temporarily) every character of color with the precision of a racist laser beam. 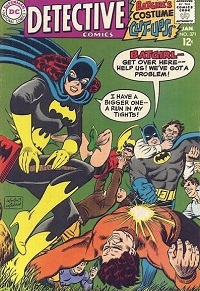 That’s not to say there was ever an excuse for such things. Still, there’s something about the old comics’ shameless, we-don’t-give-a-fig bigotry that I can’t help but laugh at. In contrast, the more insidious modern bigotry—the kind where creators tout their diverse characters while blithely mistreating those characters as terribly as ever—is disturbing. The old stuff is a reminder of how far we’ve come. The new stuff is a painful admonition of how far we still have to go.

So where does that leave us readers? We certainly don’t want to endorse any sort of bigotry in comic books. But avoiding every single comic with offensive content is unrealistic, especially if you, like me, are a fan of the old stuff. And where is the line between “old” and “new,” anyway? Is there a line? Should there be one?

Argh, so many questions! And honestly, I don’t have answers for all of them. So much of it depends on personal preference and tolerance. How did a simple, enjoyable hobby like comic book collecting get so complicated? And how do we deal with this? By doing exactly what we’re doing now: we talk about it, criticize content even as we enjoy it, and push the medium we love to keep improving so that future generations don’t cringe at our comics the way we cringe at Batman saying women shouldn’t fight crime.