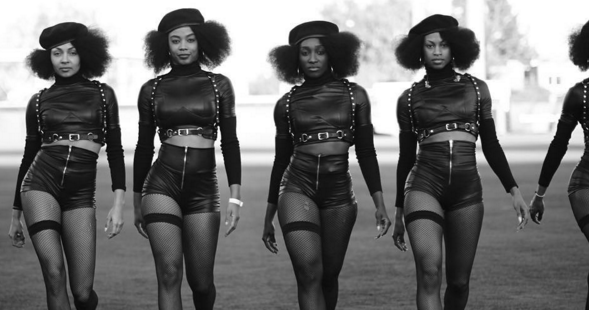 Our librarian staff and contributors have hand-picked some of the most interesting topics affecting libraries at this very moment — cool projects, innovative programs, awesome people, important news — and gathered them here in a handy digest for everyone who hearts libraries as much as we do. It’s our monthly open love letter to libraries.

The Story:  Prince May Have Helped Save Louisville Library From Closure

What It’s About: Prince made secret donation to support Louisville’s historic Western Branch Library in 2001.

Why I’m Talking About It: This article was already mentioned in Critical Linking a few weeks ago, but because it made my librarian heart grow three sizes, I’d be remiss if I did not include it in the library dispatches as well. It has come to light that in 2001, Prince made a donation of $12,000 to Louisville Free Public Library. Specifically, Prince wanted to prevent the Western Branch Library (which was the first full-service library for African Americans in the US) from closing. I’m not sure what role the library played specifically in Prince’s life, but this secret donation is a testament to both Prince’s generosity and the importance of libraries in the lives of all people.

The Story: Art is Information: Exploring the Research Methodologies of Artists in Beyoncé’s Lemonade #libeyrianship

What It’s About: Jenny Ferretti, a librarian at the Maryland Institute College of Art, talks about why she published a LibGuide that traces the creative research process involved in the creation of Beyonce’s new visual album, Lemonade.

Why I’m Talking About It: It’s just really cool that a Lemonade LibGuide exists! Jenny Ferretti demonstrates the relevance of information science in a decade when librarians are often asked why we still need libraries. I love the way she follows her own interests to explore their intersection with information science, and how this helps her imagine what will be interesting and relevant to her college students: movies, television, art, feminism, social justice, etc. Not only does Ferretti’s awesome LibGuide show art and design students how they would search, organize, analyze, and remix visual information to recreate an iconic costume like The Black Panthers uniform; it also invites a broader discussion about situating historical references within pop culture.

The Story: The Surprising Reason You Can’t Find the Right Romance Novel and How One Librarian Is Fixing It

What It’s About: Romance author Maya Rodale interviews NoveList cataloguer Lisa Schimmer about her quest to make it easier for librarians and library users to find the type of romance their searching for by updating decades old cataloging processes that lumped all romances together under “love stories.”

Why I’m Talking About It: Cataloguing is the behind the scenes work that doesn’t come to mind when many people think of “librarians” but what they do is really magic. By maintaining all that data and classifying books, they help readers discover stories that can change their lives. Romance is looked down upon by many who assume that all stories are the same, but with thousands published each year, readers know that certainly isn’t true. It’s awesome to see the often invisible work Lisa is doing to help librarians and readers find the books they’re looking for.

What It’s About: This report put out by the American Library Association and its affiliated organizations delves into the current issues and trends across public, school, academic, and special libraries in the United States. It includes budget, collection, perception, usage, and other factors that give us a bigger picture of libraries in the scheme of society.

Why I’m Talking About It: While this is a bit inside baseball for the average joe, it’s good for people who use (and people who don’t use) libraries to understand where we stand as organizations as connected to the rest of their services, public or private. While the entire thing is interesting, sections to note are those on why and how books are being censored and challenged, and potential ways that libraries of all types can receive funding—whether from their governing organizations or through grants and other philanthropic measures.

The Story: Toronto’s New Library of Things Opens, Lets You Borrow All The Things

What It’s About: Taking a cue from the book and tool lending libraries over the world, Toronto has opened a Library of Things, where you can donate your gently used things – painting supplies, toys, skateboards(?), camping gear, etc. – and, for a $50 membership fee, borrow all sorts of items from the library, in weekly increments.

Why I’m Talking About It: This is just an awesome idea. Stuff that you might only need or use one time and don’t want to clutter your home/the world purchasing for just one use. For example, there’s an entire party supplies section, where you can rent portable speakers, cotton candy makers, karaoke machines!!! The excellent folks behind the library, The Sharing Depot, also have a Kitchen Library to borrow kitchen tools. Because WHY NOT.

The Story: Obama Library Could Seed a Turnaround on Woodlawn’s Open Land

What It’s About: President Obama is considering Illinois’ Jackson Park as the location for his presidential library.

Why I’m Talking About It: “If Woodlawn is chosen as the site for the Obama Presidential Center, a South Side megachurch, a nonprofit development organization and the city could suddenly find themselves holding some of the most valuable land on the South Side.

“While President Barack Obama still is weighing whether to build his library and museum in Jackson Park or Washington Park, the possibility that he’ll choose Jackson Park is raising hope in Woodlawn for an economic renaissance that could reverse decades of unfulfilled promises of redevelopment.”

It sounds like this presidential library could really help this Chicago neighborhood – I hope they decide to go through with the plan!

The Story: What Libraries Can Learn from the Media, and Vice Versa

What It’s About: MediaShift tells stories of how the shifting media landscape is changing the way we get our news and information. For their Library + Media series, MediaShift focused on areas where librarians and journalists share common interests and are collaborating—or have the potential to collaborate. An essential component to that was to bring international libraries into the conversation.

Why I’m Talking About It: As part of the series, I got to talk to Kate Torney, former director of news for the Australian Broadcasting Corporation (ABC News) who left her high-level media job to become CEO of State Library Victoria, Australia’s oldest public library, and one of the first free public libraries in the world. It’s a pretty awesome career change, and a huge boost for the library world. Kate discussed her reasons for the move, her plans for the library’s community storytelling focus, and why she loves libraries. You can follow the entire series here.