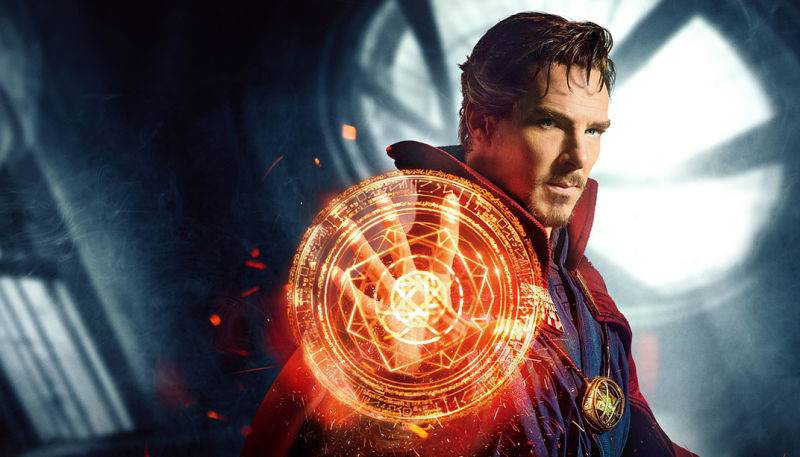 I saw Doctor Strange this past weekend. And I have Thoughts.

I know several people who have not seen Doctor Strange and aren’t planning to. They have various reasons for their abstention. Some people just aren’t into comic books and related media. Those who do have that interest may not be Marvel Cinematic Universe completists. Many find themselves opposed to what this film represents and they choose not to subject themselves to it, or they hope to negatively affect the movie’s bottom line and thereby send Hollywood a message while reserving their spending money for something less distasteful.

Regardless of what my husband will tell you about sitting through Anne of Green Gables and Anne of Avonlea, no one can compel you to see a movie you do not wish to see. This is an under appreciated truth that you should pause to cherish the next time someone says, “OMG you just HAVE to see it!” about a movie in which a guy a.) courts a woman young enough to be his daughter from his third marriage, b.) shoots dozens of people with about as much reflection as I experience when playing Duck Hunt, and/or c.) makes you wait until the ninth movie in the franchise to see part four of the second book in the series upon which the franchise is built. You didn’t see Doctor Strange? Cool. You were under no obligation to.

Basically, if you didn’t see Doctor Strange, that’s absolutely fine by me. Heck, if I hadn’t had free childcare arrangements the night I saw it, I would have stayed home.

Dude goes to Asia for the express reason of acquiring special skills and esoteric knowledge—that describes Doctor Strange…and roughly a gazillion other plots across every medium. So right away this is not any kind of innovative storytelling. But cliche isn’t even the worst of it. A pretty racist pattern emerges when you lay out every example of this trope. As Noah Berlatsky points out, this get-awesome-quick scheme inevitably sidelines Asian experts and preaches that “white people are always better Asians than Asians. This is the logic of white supremacy: Take any martial art, any system of knowledge, any skill set and white people will be better at it than anyone else.”

Sure, Thor and Wonder Woman appropriate Western mythology (that is predominantly the purview of academics rather than religious practitioners). But can you imagine a big budget film wherein the protagonist devotes years of study to the Dead Sea Scrolls until he can open a wormhole to another dimension just by wiggling a crucifix while muttering a Hail Mary? Ain’t gonna get made. The Vatican would be totally pissed. Does this double standard speak to the poverty of mysticism in western spiritual practice? I thought so. For about a block on my walk home after Doctor Strange. But you know what this double standard really says? Filmmakers would rather offend an Asian person than a white person. Pragmatic, but way messed up.

Have you seen this Scott Derrickson mea culpa re: whitewashing? What a load of that stuff my daughter leaves in her diapers. “I’m celebrating diversity by casting a white middle-aged WOMAN who is not Asian so definitely not a dragon lady!” What this paraphrased quote tells me (as a multiethnic person who is Filipina and Chinese, and mother to said daughter who shares that background) is that I can’t be both female and Asian without inevitably embodying a stereotype. And that is just wrong. Is this movie too frivolous to merit such critical attention? Absolutely not. This kind of casual negation perpetuates structural racism and white feminism. (Related: the “Women of Marvel” and “Women of Color” panels at NYCC were scheduled for the same time slot, and I was all, Why should I have to choose between women and women of color?) There may be a perfectly good reason why Tilda Swinton was the only person who could play this imagining of the Ancient One. But the whole “I didn’t want a dragon lady in my film, just a lady lady” is not it. That reasoning is indefensible and lays bare a stunning lack of creativity, imagination, awareness, and exposure to/engagement with people of color. (And btw, Ming Na Wen would have been a kick ass Ancient One. I don’t even care that she’s already Melinda May in the Marvel universe.) That interview wasn’t anything that mollified me. It just let me know that Derrickson has no understanding of implicit bias.

He really does it for me.

Doctor Strange is not a woke movie. It’s not an unexciting movie. It’s not my favorite Marvel movie. I’d write an appreciation of its theme that we should not allow ourselves to be ruled by fear of failure, but my kid is waking up and I’ll go teach her that instead. The only other thing left to say is that nuance and complexity of thought are vital to being a healthy part of our society. I saw the movie. These are some of the thoughts it inspired. I hope those thoughts inspire discussion. Please don’t see it if you don’t want to.