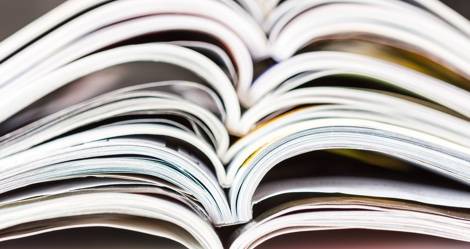 So you’ve started to dip your toe into the comics pool – maybe a little Lumberjanes, maybe some Saga, maybe something a bit more mainstream like Batgirl or Ms. Marvel or Jughead. But keeping up with a monthly periodical is a bit of a headache and you don’t even know where your closest comic book store is. Better to just wait until a storyline is collected in a trade paperback and you can buy it at your favorite bookstore or online, right?

That is, until you start hearing about series being canceled before the trade comes out, or trade and digital sales not “counting” when it comes to measuring a comic’s success. “Pre-order it at your local comic book shop!” you hear. “Add it to your pull list! Otherwise it’ll get canceled!”

What to do? You love this comic and you want to support it. Should you change how you read it?

Well, yes and no.

Let’s back up a bit. There’s a number of ways you can support a traditionally published monthly comic. You can set up a pull list at your local comics shop (LCS) so that it’s preordered and set aside for you each month, or just buy it off the rack each month without preordering. You can buy it digitally via an online retailer like iTunes, Comixology, or the publisher’s own website. You can preorder the trade or just wait until it’s out, and you can get it from retailers as big as Amazon to as Mom-and-Pop as an LCS, or the library, or even digitally (which should be cheaper than buying the single issues digitally). Some publishers, like Marvel and Archie, even offer Netflix-style monthly subscription services for digital comics, though it takes them a few months to add titles to it.

All of these “count,” in that they all register as sales to the publisher of that particular comic. But comics work on a very short lead time, and despite the rapid changes in the industry over the past few years (not just the rise of digital, but the dominance of trades, when ten years ago only perennial classics got collected in trade), most publishers still make their decisions based on an antiquated preorder system.

To wit: when you see “sales figures” for a comic, what you’re usually seeing is the preorder figure comics shops submit to publishers several months in advance of publication. Those numbers don’t include digital or trade sales, but many traditional publishers, particularly DC and Marvel, still use these figures to gauge the success of a comic. So if preorders for issue #6 are low, DC might cancel a book while issue #3 is only just hitting the stands, and well before the first trade is even compiled, let alone released.

This ridiculously shortsighted, of course. A successful single issue might only sell a few tens of thousands via preorder, while a successful trade could stay on the New York Times bestseller list for weeks or months, as long as it’s given the chance to actually be published. (The latest example is DC’s Omega Men: the first trade just hit the bestseller list, but the series has already been canceled.) It’s also skewed to an older, straighter, whiter, more male demographic, which tends to purchase via more traditional routes, while new readers – like young women, the fastest-growing demographic of comics readers – go for trades and digital.

But yes. If there are too few physical preorders of a given issue of that comic you’ve been meaning to check out, it might very well be canceled before you even have a chance to buy the trade. So theoretically, the best way to support a comic financially is to support it at your LCS.

The industry is changing – changing more rapidly and significantly than it has since the early 90s, when the LCS killed the newsstand market. With digital a not-insignificant chunk of a growing audience and storylines designed to be republished as trades, publishers will have to start considering those revenue streams when deciding whether or not to cancel a series, or risk repeatedly shooting themselves in the foot.

You, gentle reader, are only $3.99 a month. Your individual purchase, though noble, is not going to save a title from cancellation – no matter how many tweets you see trying to make trade-waiters feel guilty when a book gets canned. You didn’t buy your comic “wrong,” because there’s no way to do that. You’ve just dipped a toe into an industry with an archaic and broken distribution model.

So buy digital if you like digital. Wait for the trades if you prefer to have a big chunk of the story at once. Or heck, wander on down to your LCS and see if you like shopping there! It can make a nice Wednesday ritual if you like that sort of thing. (Me, I read digital because I live in a tiny NYC apartment with no room to store comics, and buy trades of my favorites at my LCS because I love them and want to support them.)

But don’t let anyone shame you for how you buy comics. The industry’s growing pains are not your fault, and there’s no wrong way to be a reader. Keep doing what you’re doing!

And seriously, if you figure out how to fit more comics into a small apartment – let me know, would you?