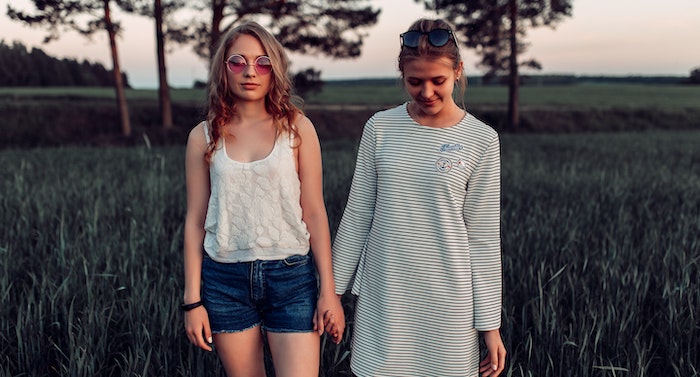 Is there a more beloved romantic trope than the fake dating trope? A favorite standby of many authors for all ages, the fake dating trope usually goes like this: one or two characters find themselves in intolerable circumstances (often different circumstances) that can only be solved by the world believing they are in a relationship. The two characters cook up a scheme to make the world believe just that until…whoops, one or both of them fall for the other for real! This delicious plot is the basis for lots of young adult novels. Here are ten swoon-worthy examples of fake dating young adult novels. And that’s for real.

10 Things I Hate about Pinky by Sandhya Menon 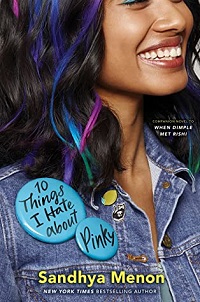 Social activist Pinky has an optics problem with her parents, especially her lawyer mother. Straight-laced Samir just lost a major legal internship. Determined to prove to her parents she can be responsible, Pinky proposes Samir spend his summer with her as her fake boyfriend on the Massachusetts coastline now that his summer is free. In return, she’ll set him up with an internship with her mom. Though the pair can hardly stand each other, their forced time together brings them to better understand each other—will this new appreciation turn to love? The third in a series, 10 Things I Hate about Pinky takes place in the When Dimple Met Rishi universe but can be read as a standalone novel. Come for the fake dating, stay for the fainting possum.

Fake It Till You Break It by Jenn P. Nguyen 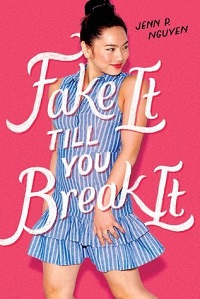 Mia and Jake are lifelong friends by default, thanks to their mothers’ close relationship. Though they know it would never work, their mothers are convinced they’d make a great couple. To finally prove once and for all that the pair are a no-go, they decide to fake date and eventually end it all in an explosive breakup that will get the moms to lay off once and for all. But with fake dates and handholding, is their relationship really so bogus after all? A second fake-dating plot for Nguyen (her first being The Way to Game the Walk of Shame), Fake It Till You Break It is a fun and breezy read. Come for the fake dating, stay for the unusual mom mystery subplot.

Always Never Yours by Emily Wibberley and Austin Siegemund-Broka 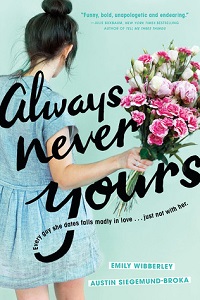 Megan is cursed—for every guy she dates, he finds his true love in his next relationship. Surprisingly cast as Juliet in the school’s production of Romeo and Juliet, Megan sets her sights on winning back her last boyfriend, but she’ll need the cute playwright, Owen, to help her in exchange for her help with his play. The more time the pair spends together, the closer they get in reality, and soon Megan is questioning whether she even wants her ex back at all. Always Never Yours kicked off as Wibberley and Siegemund-Broka’s debut, which they’ve since built a hugely popular romantic contemporary YA career with follow-ups of If I’m Being Honest and the upcoming Time of Our Lives expected in April 2020. Come for the fake dating, stay for the Shakespeare references.

The Last Summer of the Garrett Girls by Jessica Spotswood 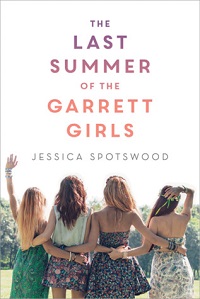 The four Garrett sisters are facing their last summer together. Soon, they’ll be separated by circumstances and opportunities too good to give up. Bea will soon be off to college with her longtime boyfriend. Kat’s busy with her involvement in the local theater and looking for a way to win back her ex. Vi’s discovering herself and crushing on the unavailable girl next door. And Des is too busy picking up everyone else that she’s forgotten about herself. Charming and cozy, The Last Summer of the Garrett Girls is Spotswood’s second contemporary young adult novel. Come for the fake dating, stay for the Little Women vibes.

To All the Boys I’ve Loved Before by Jenny Han 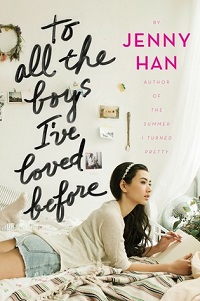 Lara Jean has a history of writing letters to her crushes to help her get over them—but never sending them. When the letters mistakenly get sent, her life is thrown into chaos. Then, one of the crushes, Peter, delivers an opportunity when Lara Jean spontaneously kisses him: in order for Peter to maintain his breakup with Gen once and for all and Lara Jean to get the attention of the boy next door. Heart eyes ensue. But will Peter’s previous relationship threaten what might be real between Peter and Lara Jean? This popular series, now also adapted on Netflix, continues with P. S. I Still Love You and Always and Forever, Lara Jean. Come for the fake dating, stay for the creative baking.

The Fill-In Boyfriend by Kasie West 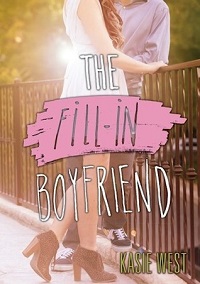 Determined to get back together with her boyfriend, Gia does some thinking on her feet and proposes to a random guy nearby that he play her boyfriend for the duration of prom so Bradley’s interest will be re-sparked. But when prom is over, Gia is still thinking about, well…whatever his name was. Now, she has to fulfill her end of the bargain—a similar arrangement, for his ex-girlfriend’s graduation party—and track him down. This might be easy enough, but just as she starts to find a comfortable rhythm with the boy of mystery, Bradley reenters her life and Gia has a decision to make. Come for the fake dating, stay for Kasie West’s signature swoon-worthy romance. 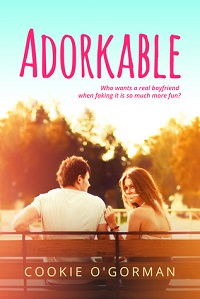 Best friends are great until they aren’t. Sally is tired of her bestie pairing her up with anyone who’s got a pulse, so she schemes to get herself a fake boyfriend and effectively disable Hooker’s matchmaking efforts. When she enlists her other best friend, Becks, to play fake boyfriend, he’s more than game. The only problem is, Sally has actually loved Becks since forever and he has no idea. Sally must tread carefully or else get her heartbroken, but with an arrangement like this, how could she not? Come for the fake dating, stay for the bonus best-friends-to-lovers trope.

The Fine Art of Pretending by Rachel Harris 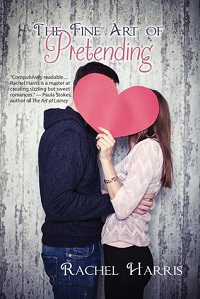 In a move to change her reputation from one of the guys to the girl all the guys want, Ally mobilizes the school’s second-most sought-after guy, Brandon, to play her fake boyfriend. With Operation Sex Appeal now in play, Ally thinks she might be able to attract Justin’s attention, finally. But after their fake breakup, Ally and Brandon are left to reexamine their friendship and things that may give them more-than-friends-vibes. Come for the fake dating, stay for the bountiful fluff. 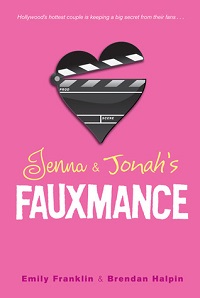 Two young co-stars may play lovestruck teens on television, but off-screen, the reality is they can’t stand each other. Unfortunately, the media has grabbed hold of what is believed to be a genuine off-screen romance and it’s boosting their careers enough that it’s worth maintaining. Nothing gold can stay with Charlie and Fielding, though. When the paparazzi find out it’s all a ruse, the two go into hiding mode to wait out public interest. With so much time alone together, Charlie and Fielding have an opportunity to better understand each other and see beyond what the magazines say about them. Come for the fake dating, stay for the bonus haters-to-lovers trope.

Frankly in Love by David Yoon 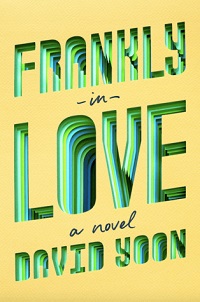 In an attempt to assuage his Korean parents, Frank Li gets together with Joy Song, who faces similar Korean-only dating rules from her parents. Their relationship is counterfeit, however, and put on just for the sake of their parents. Until maybe it’s not and Frank is reassessing what love means to him and whether it’s possible that what felt like love when it came to the girl he chose for himself maybe isn’t love after all. And as for Joy, well, Frank just might be in real love. Come for the fake dating, stay for the emotional rollercoaster.