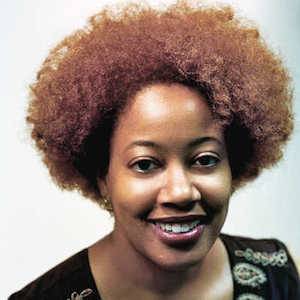 The Fantastic Future Spotlight is a series of posts highlighting writers in the fantasy and science fiction field who are not only producing great work, but are actively contributing to progress and pushing against the norms of the genre.

Fresh beer in hand, I jumped into a conversation about Orbit books, Hachette’s science fiction/fantasy imprint. “They do great stuff. Love Nora Jemisin’s work.” A friend of mine nodded, sipped their drink. “I just wish more people read her,” they said. “Some folks see a woman of color writing epic fantasy and they don’t give her a chance.”

“People really won’t read her because of that? What the hell?” It was boggling to me, (still is), that there are readers out there who will refuse to read the work of a writer because they are a woman or a person of color, let alone both. My friend only smiled sadly, shrugged.

I may have at this point yelled something akin to, “But that’s horseshit! Her stuff is great!” There has never once been a book of hers that didn’t make me feel utterly wrenched through and through by the end of it.

As the conversation moved on, I knew I couldn’t let it go. I knew who I had to spotlight next for Book Riot. Jemisin first came on the scene with her novel, The Hundred Thousand Kingdoms, the first book in her Inheritance Trilogy. A novel of gods enslaved by their followers, a young woman on the fringes forced to survive the power struggles of an empire, set far from the standard Eurocentric model,it rattled the genre world with its incredible depth, pain and power.

The next two novels in the Inheritance Trilogy, The Broken Kingdoms and The Kingdom of Gods, follow this world into the future as we see what time does to man and god alike, and the consequences of that empire. With influences of Hinduism, Jung, Christianity and more, combined with cutting prose, overwhelming compassion, and characters that range in ethnicity, sexuality, age, ability, creed and mortality, Jemisin’s Inheritance Trilogy is intoxicating.

Her devotion to showcasing the Other in settings that break the unwritten canon of standard fantasy storytelling is just one of The Inheritance Trilogy’s major triumphs and would be a calling card of Jemisin’s work to come.

Her next series was the Dreamblood duology, The Killing Moon and The Shadowed Sun respectively. Epic fantasy inspired by Egyptian mythology and culture, Jemisin follows the Gatherers, a priesthood of the goddess Hananja, tasked to walk the dreams of its citizens, ensuring peace is kept in the city-state of Gujareeh. Another success, it pushed even further into worlds and cultures unexplored by fantasy literature, while still examining the consequences of empire and religion on a moon orbiting a gas giant. Jemisin doesn’t shy away from the things that make us human. She charges headlong into the muck and mire that we all wade through: our overwhelming obsession with power and control, our hunger for healthy sexual relationships and the pain that can come of seeking them, and our quest to reconcile what our faith demands of us against what we demand of our faith.

She doesn’t play it coy, either. When bodies press against each other, you can feel the passion and anxiety of two people meeting each other in the dark. I find her honest exploration and appraisal of sex, sexuality, and relationships in fantasy literature to be incredibly refreshing. Too often, sex in fantasy lit can be depicted as brutalized, decadent or ignored. Jemisin takes the time to explore the power that can come of a healthy (or unhealthy) sexual relationship and its reverse, in many different gendered and sexual pairings.

And after all this, even if her fiction doesn’t appeal to you (though I hope it does), her essays, nonfiction, and blog posts are absolutely worth your time. Jemisin takes to task those who view the world through a narrow, hate-filled and destructive lens with fiery courage and sharp, unapologetic prose, while at the same time offering critiques and solutions to the problems she sees. A pillar of support for the genre community, Jemisin vehemently encourages others to rise up and fight against the hate and bigotry that exists. (Her Guest of Honor speech at Wiscon 38, addressed recent racist and sexist attacks within the genre community. Her call to arms response is a thing of beauty).

Nora Jemisin witnesses in her writing. She doesn’t turn from the pain in our lives), but she also revels love, compassion, and magic. Her unflinching exploration of power, religion, sexuality and the Other, in worlds inspired from cultures and mythologies around the globe are what set her apart from the norm. 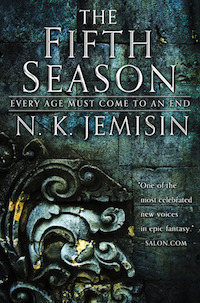 Jemisin deserves to be read, far and wide and to the ends of the earth. With a new series on the way from Orbit, Jemisin’s star is only going to burn hotter, rise higher, and shine brighter.

Keep your eyes on that star.

It’s going to some great places and you don’t want to miss it.