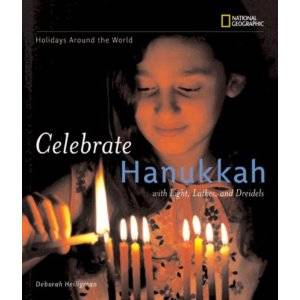 This post originally ran on February 6, 2015.
_______________
If you’ve been following House DeFraction (as Kelly Sue DeConnick and Matt Fraction are affectionately and collectively known), you’ve probably heard about their two newest titles with Image. In November, Matt Fraction and Christian Ward’s ODY-C came out with its first issue; on January 28, Kelly Sue DeConnick launched Bitch Planet with artist Valentine De Landro. Both are two issues in, and present compelling new takes on feminism in comics storytelling.

At first glance (and second, for that matter), they couldn’t be more different. In ODY-C, women make the rules; in Bitch Planet, they are entirely subject to them. Bitch Planet is told exclusively through conversation, whereas ODY-C has dual narratives: formalist exposition and colloquial dialogue. Valentine De Landro’s art captures the grittiness of urban life and incarceration, and Cris Peter utilizes a muted color palette that gives Bitch Planet a chilly feel. Christian Ward’s art for ODY-C, on the other hand, regularly qualifies as psychedelic, and the man is definitely not afraid of neon. Where DeConnick takes our current society, dials the misogynist messages up to 11, and adds a prison planet, Fraction is fusing classical mythology with a twisted futuristic setting.

The universe of ODY-C is female by divine mandate. In this gender-swapped version of the Odyssey, Zeus tires of the inevitable and interminable generational struggles and wipes out all men. But life finds a way — in this case, with Promethene’s creation of a new gender, the sebex, who are instrumental to propagating the species. The birth of the first male child in ten thousand millennia is the trigger for the Troiian War, the conclusion of which sends our hero Odyssia on her long and troubled journey home. So what does feminism mean in a universe 99.99% women? Fraction’s ambiguous use of pronouns and body characteristics create a spectrum and fluidity of gender and diversity that is both marvelous and confusing to behold.

If you’re a bit lost already, don’t worry; you’re not the only one. A familiarity with the original story of the Odyssey (or some intensive Googling) goes a long way to helping parse out the storyline, and Issue 2 took some time to fill us in on the backstory. But if ODY-C is confusing, tangled, and necessitates a few rereads, it also creates opportunity after opportunity to challenge your own preconceptions of femininity. With a cast entirely of women, Fraction and Ward have made no two alike in body, personality, or skin tone, plus a few with inhuman physical characteristics. Using the license of science fiction, they throw stereotypical womanhood out the window with truly amazing results.

Category ID: 1074
Category ID: 13193
Category ID: 9606
The Stack Newsletter
Sign up to The Stack to receive Book Riot Comic's best posts, picked for you.
Thank you for signing up! Keep an eye on your inbox.
By signing up you agree to our terms of use

Bitch Planet’s all-too-human women come from every race, culture, and corner of society, united by their subjugation to the rules, regulations, and whims of a patriarchal government and bureaucracy. Men are privileged to the point that they can rid themselves of their wives with a well-placed bribe or two, freeing them up to pursue a ‘newer model.’ Everything about them is policed: their clothes, their language, their behavior, and their sexuality. With these grim gender politics, DeConnick gives her characters the chance to shine. The instant popularity of Penny Rolle is a great example. Here is a woman who is oversized in all ways — and who is not afraid to take up space. Her appearances in Issue 2 provide both levity and an opportunity to showcase her indomitable spirit. Look closely at the background to see Penny in action.

As guest essayist Danielle Henderson writes at the end of Issue 1,

We already live in a world where archaic Solanza-like politicians see us as wombs on legs,where social networks declare photos of breastfeeding to be obscene but won’t judge fan pages dedicated to mass-killer Elliott Rodgers as hate speech, where a persistent and unequal valuing of beauty rewards the woman who is willing to diminish herself the most.

Many of us are already afraid of being judged “non-compliant”: too loud, too shrill, not pretty enough, not nice enough, too vain, too sloppy. Many of us are already fighting against these pernicious judgments. By setting her story within a universe of violence and oppression, taking popular culture’s misogyny to its nth degree, DeConnick is able to point out the issues with everyday experiences of women and to show them as complex people, flaws and warts and determination and skills and all.

TIME Magazine put “feminist” on its list of words to ban in 2015; Merriam-Webster listed it as one of their 2014 Words of the Year. Beyoncé and Laverne Cox have both hit the headlines; the Supreme Court declared essential abortion clinic buffer zones illegal. With these kinds of mixed messages, the timing for two different looks at feminism in action couldn’t be better.