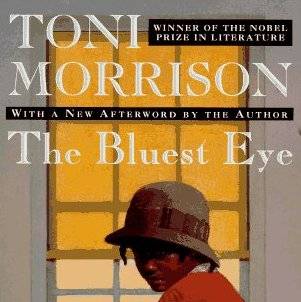 This is a guest post from Jennifer Cody Epstein. She is a Girls Write Now mentor and the author of The Painter from Shanghai (W.W. Norton, 2008) and The Gods of Heavenly Punishment (W.W. Norton, 2013). She lives in Brooklyn, New York. Follow her on Twitter @jenncodyepstein.

When asked about who or what I find inspiring as a writer, I tend to find myself floundering. An obsessive reader who consumes three or four novels at a time, the term “inspiration” evokes not one source for me, but a whole tide of them; fluid and intermingled, perpetually fed by the towering piles on my nightstand and the various voice that stay afloat in my memory. Separating out those voices is like tracing which Pacific Ocean currents come from the Strait of Malacca–versus, say, from the Yellow Sea.

Recently, however, I had a sort of epiphany. I was being interviewed about my latest book, and in particular about a character in it who does a pretty horrible thing in the book. This man, my interviewer said, had “completely repulsed” her. Yet in the end she found she had sympathy and even affection for him. “Did you intend for him to be all that at once—both empathetic and monstrous?” she asked.  “What inspired you to write him that way?”

Unexpectedly, I found myself shooting through one of those weird wormholes of memory, and landing decades earlier on my long-gone childhood bed. In my lap was a novel, and in last pages of this novel, on a cold kitchen floor, a father rapes his pubescent daughter.  As I finished the scene I was weeping–but not (just then) for the girl. My overriding grief was actually for the father, and this mystified me. I read the section twice and then a third time. I studied its seams and its wording, trying to comprehend how one performed such literary alchemy; transforming a truly reprehensible crime into an act of tenderness, and almost love.

The author was Toni Morrison, the book was The Bluest Eye and the rapist was Cholly Breedlove, the unemployed, alcoholic and fatherless father of 11-year-old Pecola Breedlove. In the pages prior to the fateful moment Morrison had intertwined Cholly’s narrative with those of others in his world, employing language so precise and subtle that it read like one long poem. In the process, she had crafted a devastating portrait of an impoverished family in Ohio that is trapped by race and era. Even more powerful for me, though, was the depiction of Cholly’s heartrending moral descent. It’s unthinkable; monstrous; inhuman. And yet Morrison refuses to let us dismiss it as any of those things. Instead she makes us think about it, forcing us to see the flip-side of inhumanity as humanity, the foundation of monster as man and the potentiality of evil in all of us. In essence, she showed me—a white twenty-year-old from a wealthy New England suburb–the lurking Cholly within myself.

It was a scene that had prompted numerous attempts to ban The Bluest Eye from schools and libraries 1970 publication. For me, though, in the summer of 1985 it sparked a very different response. I knew I’d never look at a “monstrous” act in quite the same way. And in the years since I can honestly say I haven’t; reading the paper or a history text or even another novel I still sometimes feel Cholly Breedlove’s haunting presence. But it also made me think: Yes. This is the point of fiction: finding those rare flashes of insight; those perfect (if sometimes painful) moments of human connection. It made me want to read every word Toni Morrison had ever written. And it made me want to write like her—even if just a little.

Back in the present again I said none of this to my interviewer, though I’ll admit I suppressed a tiny thrill at the question. In answer, though, I simply said: “My inspiration? I’d say Toni Morrison. And in particular her first novel, The Bluest Eye.”