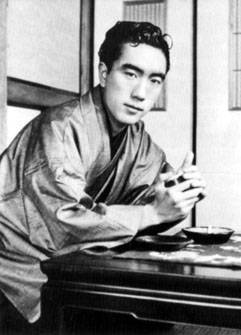 Big Papa H, the whisky-swilling, war wounded, big game-hunting, stoic patriarch of American letters basically set what we think of as the high water mark of manliness. Sure, some of his exploits weren’t nearly as daring as his fiction might lead you to believe (he never actually made that transition from ambulance driver to infantry officer, for what it’s worth), but he DID have adventures. And he was one of the best sportsmen to pen works worthy of the canon. Even after he made his name and fortune, and went to Key West to get fat, he still had a reputation with the locals as someone you didn’t want to step into the boxing ring with.

But behind all the bluster, one gets a sense of, to put it mildly, too much protestation. Anyone so invested in a tough-guy persona surely must be using the white noise of manliness to drown out profound insecurities. And these accusations aren’t anything new.

So what is tough, anyway? Is it being able to shoot a lion on a safari run by trained servants? Is it being able to beat other people up? Well, yes, to both of these things, but tough can mean a lot of other things too. Here are five authors that I think are tougher than Papa H. 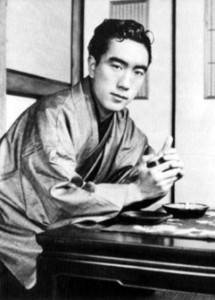 Mishima was the nom de plume of Kimitake Hiraoka, a fairly prolific Japanese poet and playwright who was nominated three times for the Nobel Prize. He wrote about things like death, sex, and violence in really engaging, modern ways  that broke down cultural barriers. In fact, one of my favorite books ever is Mishima’s The Sailor Who Fell From Grace With the Sea. What makes him tough? He started his own private army, trained them himself, instigated a right-wing coup by taking an officer of the Japanese Army hostage and then, realizing that his coup had failed, killed himself by way of traditional seppuku, a sort of ancient suicide rite. A pretty intense fellow, right? 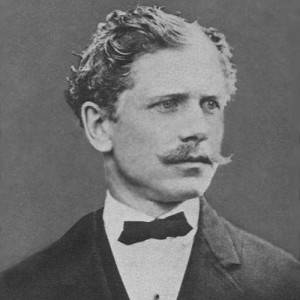 Bierce is probably best remembered for his haunting story “An Occurance At Owl Creek Bridge,” a nearly supernatural tale about the execution of Civil War prisoners. Following the personal motto “Nothing Matters,” Bierce not only wrote about death and violence, he also personally experienced his share of it. He was shot in the head while fighting in the Civil War as a Union Officer, recovered, then continued his service by inspecting military bases across the Great Plains. At the age of 71, he joined Pancho Villa’s revolutionary Mexican forces as a journalist observer, eventually disappearing into Mexico, never to be seen again. His last known words were from a letter to a close friend, where he wrote, “As to me, I leave here tomorrow for an unknown destination.” 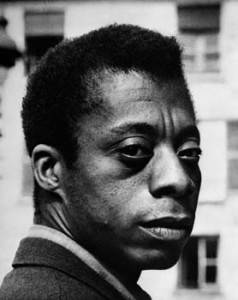 There’s nothing traditionally “tough” about James Baldwin. He wasn’t in the military, wasn’t a hunter, didn’t box. But to be a gay, black, poor, bohemian expatriate in mid-century takes a kind of toughness all its own. It might even be a deeper, more profound kind of toughness than the traditional sort that we’re so used to. In his books, and as a public figure, he always had the courage to stand up for what was right in a time when that sometimes meant risking physical harm. To my mind, the best work in which to glimpse this deep courage, a moral courage as much as a physical one, is in his novel Giovanni’s Room, one of the first books to openly explore the hurt suffered by sexual outsiders, from society as well as from themselves. 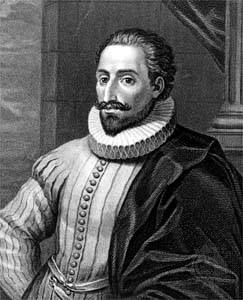 Before he invented the novel, Cervantes was a sailor. And as a sailor, he fought in the huge Battle of Lepanto against the Ottoman fleet. He fought while he had a fever and was shot in the chest three times. After healing up for six months, he was taken captive by Algerian pirates and held as a slave in Algiers for six years. All this in a time when just to survive to 40 under normal conditions was a feat. He didn’t write his ur-novel Don Quixote until he was nearly fifty years old. 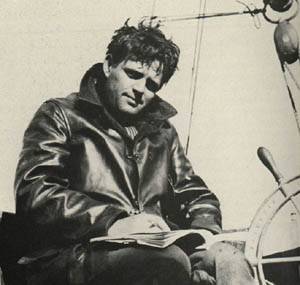 Adventurer, Socialist, first American literary gajillionaire, London’s stoic nihilism pre-dated Hemingway’s own brand of bravado by decades. What makes him tougher than The Bearded One? How about his rough-and-tumble upbringing in which he basically raised himself, his early support of Unions (it wasn’t really a “safe” thing to be in favor of back then), or his Yukon expeditions? London was as rough-and-tumble as Hemingway, and with a political consciousness just as intense as his far-flung adventures.