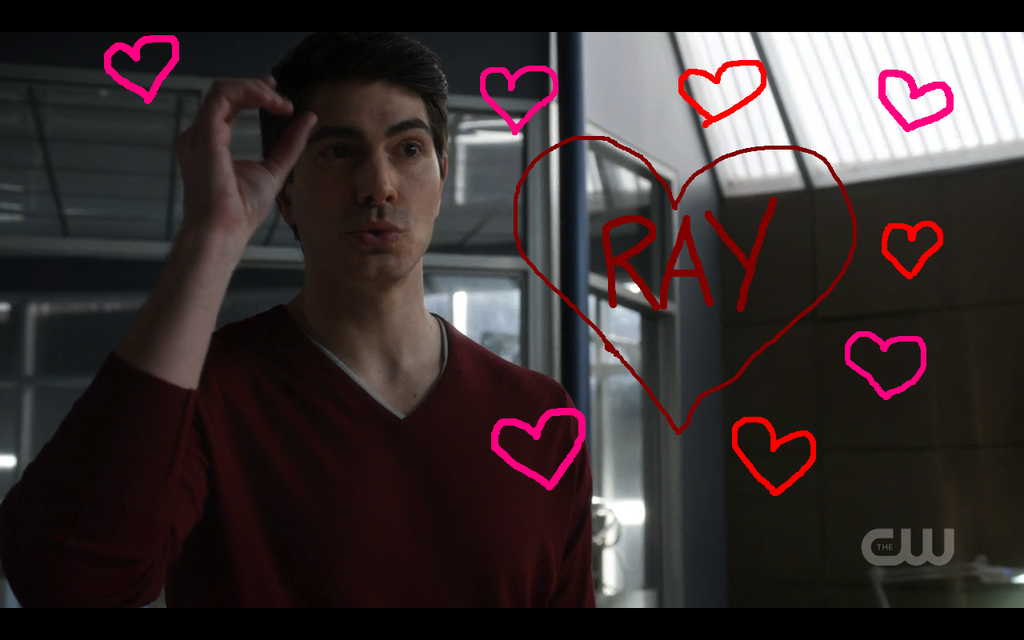 Each week Panelteers Chris and Ali sit down and chat about the CW’s newest superhero series, The Flash! Actually, the gush over Cisco and his adorkableness and mention the Flash because technically it’s his TV show. Mind the spoilers.

Chris: We’ve had a week off to let all of the time-travel shenanigans sink in and now we’ve got a super hero team-up and EVIL BEES on our hands!

Ali: Evil ROBOT BEES!! Some people might say that’s silly. I saw it’s AWESOME. But the real villain in this episode was Barry “Cranky Pants” Allen.

Chris: He was so extra douche-y that I thought we were actually going to get an explanation that he was Earth-3 Barry Allen or that the evil robo-bees’ toxin made him be a super-jerk.

“Barry, did one of the robot bees crawl up your butt and die?”

Ali: It was honestly one of my biggest problems with the episode. Barry has known about Wells for a couple episodes now. So it seemed off-the-mark for Barry to be so bent out of shape this episode, particularly how happy and smiley he is in the opening sequence.

Chris: Yeah… I was dead convinced that he was just being a jealous jerk because of The Gloriously Beautiful and Fabulously Wealthy Ray Palmer showing up on Felicity’s arm.

Ali: Yeah well Barry had his chance with Felicity. More than one chance even. And how do you not just completely and totally adore this Ray Palmer. Cisco was smitten!!

Chris: We normally write about how we’d rather this just be the Cisco Ramon Show featuring Go-Fast Man. I’ll stay on brand by saying I could really get behind a Cisco and Ray’s wacky science adventures show.

Chris: As someone who doesn’t really watch Arrow (at least not this season) is Ray always this dopey? I don’t mean that as a negative. He’s like a labrador retriever that someone give a billion dollars and it’s adorable. Him buying out the fancy restaurant for their date and then realizing maybe that was a bit much was one of my favorite things in the episode.

Ali: Ray is ridiculously adorable and charming and awkward. I haven’t watched Arrow in a while, but he bought Queen Consolidated mostly because he wanted to work with Felicity. Which is creepy.

Chris: My threshold for creepy has been seriously thrown off by weekly watching a show where Barry is Barry. So let’s talk about plot instead of my newfound crush on Ray Palmer.

Ali: Fiiiine. We’ll save that for our Cisco and Ray Swoon-fest series of posts. The plot felt a bit thin this week. I mean, I love me some mechanical bees. And I love me some lady scientists (we had 4 in this episode, btw). But I think the character relationships took center stage this week.

Ali: The fact that Barry didn’t even chuckle at Felicity’s bee pun was proof of his epic grumpy pants. But, Chris. We have to talk about the elephant in the room. The fact that Iris West is now the only character on the entire show who doesn’t know Barry is the Flash. THE ONLY CHARACTER ON THE ENTIRE SHOW, CHRIS!! Clearly I have feelings about this. And Eddie does too, since it was tearing him up all episode. Iris not knowing, and not having figured it out yet, is completely unacceptable at this point. UNACCEPTABLE.

Chris: Last episode I mentioned that I thought it was going somewhere; that maybe keeping Iris in the dark was going to bite everyone in their self-righteous butts… but now? I really don’t know. Problematic doesn’t even begin to cover it. It’s also just ludicrously hard to believe that no one has slipped or she hasn’t assumed anything yet. It’s not like anyone on this show is all that good at keeping secrets.

Iris West would not put up with this bullshit.

Ali: And I did NOT appreciate the exchange between Joe and Eddie over whose word is more important: her father’s or her boyfriend’s. HOW ABOUT IRIS MAKES DECISIONS ABOUT HER OWN FREAKING LIFE. Like, I get that this is Barry’s secret and he gets to choose who he tells about being the Flash. But this “you outrank me when you’re her husband” idea is fucking bullshit. And I appreciate that Eddie thinks it’s bullshit that Iris doesn’t know, but I’m disappointed that he won’t man up and tell her even when their relationship is on the line.

Chris: Attack of the Patriarchy. That whole conversation just made me feel kinda gross. They could have maybe saved it had a psychic man-eating gorilla shown up to ruin everyone’s day, but no… just everyone being gross to Iris at every available opportunity.

Ali: Grodd makes everything better. And maybe smashes the Patriarchy?

Chris: Please, tiny legion of awesome people who read all of these: make Feminist Grodd a thing.

Chris: Since we’re all over the place this week, I’ll just go ahead and ask my big question of the week. Maybe I missed something, but why in the world did we have drama built around Ray needing to crash land somewhere only to have him caught in the back of the van? Couldn’t he have just landed anywhere?

Ali: He could have, but it wouldn’t have looked as awesome! Also since he was moving and the van was moving, it was less of an impact than if he crash-landed on the ground. Maybe? That’s how physics works, right?

Chris: The Flash: where I don’t question whether or not running at a wave makes it go away but a trope-y action movie crash landing sets off my BS sensors.

Chris: All of the actors were really great this episode. Cisco’s “You married to that?” after Ray told him that he called the suit the ATOM might be my new favorite line delivery of his.

We don’t know if Cisco is more in love with Ray or the ATOM suit. But it really doesn’t matter.

Ali: I just want Felicity and Ray to leave Arrow and join Team Science. And a musical episode. WHEN WILL WE GET A MUSICAL EPISODE, CHRIS? I NEEDS IT!

Chris: Soon. It has to be in the works for season 2. It just has to be. Totally agree that Felicity and Ray need to jump ship and start hanging out in Central City on the regular.

Ali: For real. What’s left in Starling City for them any more? Salmon ladders? They can do better.

Chris: They could probably talk Wells into putting one up in STAR labs.

Ali: Then we’ll finally get out dream of every episode ending with Cisco trying to do the salmon ladder. Call back!!

Chris: If there’s one thing you can say about our recaps, it’s that we are almost single-mindedly dedicated to making everything about Cisco. And we’re not sorry about it.

Ali: Not even a little bit. Lightning Round?

Chris: Definitely feels like it’s that time. “Is everyone in Central City in a bad mood? I thought this was supposed to be the fun one.” Perfectly cheeky little meta-joke.

Ali: It was obviously meta, but so very true. How about Cisco and his adorkable fear of bees. You know he was channeling Indiana Jones when he said, “Why did it have to be bees.”

Chris: Cisco’s big hero moment was literally saving someone from a bee sting and it was showcased as THE BIGGEST DEAL and I loved it.

Ali: It was a big deal!! Cisco is really afraid of bees!! It wasn’t a bullet, but it was a big thing for Cisco. It’d be like me taking a snake bite for you. Which will never happen. I mean, I love you, man. But snakes are just… eeeeeeeeew, no. NO.

Chris: I understand. I also don’t know how useful I’d be in saving you from icky thing. I’m so sorry.

Ali: It’s ok. We just won’t be going on the Panels camping trip. OH! How can we forget the penis jokes!! This show is really concerned with “performance issues”.

Chris: Another dick-centric scene from The CW’s Flash that feels like it was written specifically for us to talk about.

Ali: I don’t know how you guys walk around with those things.

Chris: Well… on that note, we’ll see you back here next week!