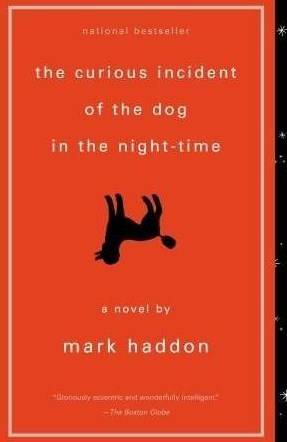 As the credits rolled on Guardians of the Galaxy this past August, I sat with a big smile on my face and enjoyed a surge of pure joy and honest fun that I hadn’t felt for a movie in a very long time. I was so happy with the film, just totally taken with everything about it.

After leaving the theater and talking over the film with friends, my feelings subdued a little bit, but I was certain that it was my favorite thing Marvel had put out. It took me several weeks to really work out why that was, objectively it’s probably not as strong as The Avengers nor as well grounded as Captain America: The Winter Soldier, but there was something about it that just clicked. Eventually, while sitting in my office grading papers, I finally got my answer.

I wanted a Star-Lord action figure. Now, I’m not a huge toy guy. I do have some figures on my bookshelves of favorite characters – and a lot more Doctor Who figures than I have room for – but it’s not my usual thing to want a figure. But I wanted – no, needed! – Peter Quill on my bookshelf. I made the purchase and he currently stands next to Nightwing and the Eighth Doctor on my shelf. But why did I want this character? Why such a strong urge to get it right then and there?

Star-Lord is leading a new group of interstellar hooligans from the very top of my bookshelf.

I’d first encountered Star-Lord in the pages of Annihilation, the fantastic cosmic event from Marvel from several years.  He was presented as a sarcastic but gallant hero who had existed on the fringe of the Marvel Universe for many years. And I was taken with the character from then. He wasn’t necessarily my favorite character ever, but I liked him quite a bit. He was a fun character to follow and his growth from reluctant hero to team leader was compelling. I followed him around the cosmic Marvel books but ultimately lost track of him as my interests drifted and found I wasn’t clicking with the character anymore.

When the Guardians movie was first announced, I was optimistic that we’d get a cool take on the character, but I was unprepared for what Chris Pratt’s Star-Lord delivered. I believe the tweet I sent out after leaving the theater was, “I just want to be Chris Pratt’s best friend and hang out eating pizza all day.” The Pratt’s portrayal resonated with me in a way that many of the Marvel Cinematic Universe and Marvel Comics characters hadn’t. But even after leaving the theater, I really hadn’t figured out what it was that connected to me to this character.

One night, while feeling listless and unable to focus on any form of entertainment, I went and paced around my basement. This is where I’ve relegated the remnants of my CD collection, sitting unused and unsalable on a homemade shelving unit in this dank little room. While randomly thumbing through these decade(s) old silicon discs, considering different artists and tracks, it finally hit me.

Much of my extant music library actually came as part of an inheritance of sorts. From 1975 till 2000, my mother and my aunt ran a dancing school. During that time, my aunt became an early adopter of different technologies to try and innovate their routines. They had the latest speakers, turntables, cassette players and, eventually, one of the first models of CD player. From first buying the player, my aunt went on to amass a huge collection of CDs. In 1999, my aunt, Diane, was killed by her husband. Diane had been the person closest to me in my life at that point. She was like a sister, second mother, and a good friend all wrapped up into one. She showed me Terminator 2: Judgment Day when I was technically too young for it. She taped Stargate for me off of Showtime and watched it with me on a loop one weekend and hunted through TV-guides to find when the Mystery Science Theatre version of Manos: The Hands of Fate would air. She took me to see Tommy 5 nights in a row at our local Plays-in-the-Park. (We saw it twice with ASL translators and could actually sign about 1/3 of the show.) As much as my parents and education had shaped who was, Diane had shaped my interests, my likes, and my sense of pop culture. And when she was killed, I lost that. As devastating as the personal loss was, which still resonates with me on a daily basis 15 years later, I also felt I was losing out on my gateway to new shows, movies, and music. For a while, I just sort of auto-piloted through things. I don’t recall watching TV for months, I don’t recall playing many games; I just sort of drifted on.

Months later, I was tasked with organizing all this music that had been salvaged from the dance studio and her personal collection. I had a tendency as a plucky 14 year old to make elaborate, color coded Excel spreadsheets of my personal library. So I catalogued this collection, occasionally stumbling across music I hadn’t heard before or hadn’t remembered. The Pet Shop Boys, R.E.M., Fleetwood Mac, albums that I began to listen to a lot. From there, I started actively listening to music instead of just taking it in as background noise.

And so I found myself looking at this collection of relics, songs from a bygone era. Songs that meant a lot to me at various times in my life. Songs that were a direct connection back to someone I lost. And that was it. That tenuous, subconscious connection I had to Peter Quill, the thing that moved a character I’d liked a lot to being a favorite character was the ability to find myself in the character.

Star-Lord by Decaln Shalvey. A commission I just picked up at NYCC’14

Quill’s loss, his journey over the film to reach out and make a human connection to someone, it felt so true to me. The idea that I lost someone so many years ago but could feel their presence in this carefully curated collection, could still get this echo of them from enjoying things that we shared a decade and a half later, resonated so strongly with me. I felt myself in Peter Quill, a sort of kindred spirit, in a way that I normally don’t with fictional characters. I tend to gravitate to those characters that are ideal types, who embody things I aspire to be, and usually leave the broken characters as second best.

But here I was, listening to that perfectly curated Guardians soundtrack, strolling down a musical memory lane, and realizing that I shared more in common with this character than I had originally thought: sentimental, hotheaded, liable to dance around like a fool when no one’s looking. While Peter Quill’s journey was to save the universe, mine was a bit simpler, finding who I really am. It’s an ongoing thing, but it’s been in part shaped by good music, good friends and good characters.