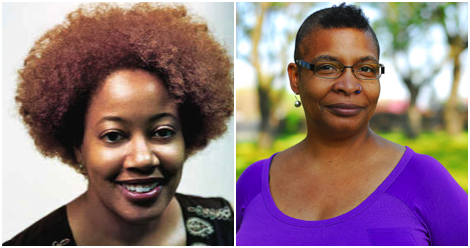 Already read everything by the majestic Octavia Butler? In honor of her birthday, check out these other science fiction and fantasy women of color authors who are writing innovative, mind-blowing novels today.

Honestly, if you’re a fan of Octavia Butler and you haven’t read N.K. Jemisin yet, where have you been? Since the publication of her debut novel The Hundred Thousand Kingdoms in 2010, Jemisin’s ground-breaking, unique fantasy novels have only been getting better. To date she has three series to check out: the Inheritance trilogy, the Dreamblood series, and the Broken Earth series, the third novel of which, The Stone Sky, is due out this August. If you are tired of conventional fantasy tropes, Jemisin is going to blow your mind as she creates truly new worlds full of strange mythologies, cultures, religions, creatures, and lands. I almost hesitate to call her work fantasy because it is so different from any other fantasy I have read. In her two most recent books, The Fifth Season and The Obelisk Gate, Jemisin is at the height of her powers of world-building and plotting, as she weaves multiple stories set in “the Stillness,” where people live under threat of extinction via earthquakes, volcanoes, and other natural disasters. The idea of apocalypse hangs over them like a cloud at all times. Some people in this world, including the main characters, have the gift/curse of being able to move and control the forces beneath the earth’s surface, to either stop … or create disasters.

Perhaps Nalo Hopkinson is Octavia Butler’s long lost twin, because she writes fiction just as wildly imaginative and, frankly, genius as Butler, but, happily, with more sex. Since her first novel in 1998, Brown Girl in the Ring—set in post-apocalyptic Toronto, Hopkinson has gone on to put out some of the best (speculative) fiction that I’ve ever read. I personally think both of her short story collections Skin Folk and Falling in Love with Hominids are the very best work she’s done, but her novels such as The Salt Roads and Sister Mine are also AMAZING and ranging from Afro-Caribbean mythological urban fantasy set in Toronto and magical historical tales of Black queer women in different eras and places in the world. In her short stories you’ll find topics like future sex toys who have a life of their own, lesbian/genderqueer erotica set in a brothel, body swapping, zombies who only morph when they hit puberty, and time-travelling art historians taking over the bodies of children in the past. Every time I read new Nalo Hopkinson work I am blown away by the sheer inventiveness of the concepts she comes up with. I feel astounded that the ideas even came from a human being’s brain, they are that ingenious.

A prolific writer for adults, teens, and children, Nnedi Okorafor has published many books in the genres of fantasy, science fiction, and magical realism. Her imagination is, like Butler’s, simply stunning. Her Nigerian background can often be seen in her work as she weaves in African cultural details in stories set in space and other worlds. Her books for kids and teens include Long Juju Man and the Akata Witch series, among others. Akata Witch and the sequel Akata Warrior follow 12-year-old Nigerian-American Sunny, whose albinism makes her feel like she doesn’t fit anywhere, until she learns she has magical abilities. This new destiny involves a lot of catching up on magical training, and dangerous missions to catch criminals. Her work for adults, including Who Fears Death, Kabu Kabu, Lagoon, and the Binti series, tackles topics like genocide and strange births in future post-apocalyptic Africa, illegal Nigerian taxis that take you to magical places, the aftermath of massive objects falling from space into the ocean off of Lagos, and journeys into space, complete with terrifying aliens, universities that serve the galaxy, and inter-species war. Okorafor has won and been nominated for a gazillion awards, including Nebulas, World Fantasy Awards, Tiptree Honors, and many others. People looking for Black feminist science fiction should be reading Okorafor yesterday.

An American-born Canadian fiction writer, poet, and academic, Larissa Lai is the author of two genre-defying speculative novels, When Fox Is a Thousand and Salt Fish Girl. When Fox Is a Thousand is an exquisite book blending folklore, fantasy, historical, and contemporary queer fiction. It’s told from three alternating viewpoints: Yu Hsuan-Chi, a real-life poet from ninth-century China; the mythological Fox, nearing her one thousandth birthday; and Artemis, a young Chinese-Canadian woman living in Vancouver. Salt Fish Girl also spans different centuries and places: it’s set in 19th century China and the futuristic Pacific Northwest. The main character is an ageless female who is sometimes fish, snake, girl, and woman, encountering adversity in the form of capitalist biotechnology and the “dreaming disease,” a condition that makes the past leak into the present. Like all the women on this list and Octavia Butler, Lai weaves in details from her cultural and ethnic background seamlessly into her science fiction and fantasy writing, challenging the dominance of white men in the genres. Lai’s poetry collection Automaton Biographies could also be called science fiction, as it ruminates on Philip K. Dick’s Do Androids Dream of Electric Sheep? and the cyborg Rachel from the film version Blade Runner as well as the chimpanzee named Ham who was sent up into space as part of a NASA mission in the 1960s.

A long-time and well-known writer of science fiction and fantasy short stories, Nisi Shawl also writes and teaches about how speculative fiction can address social justice issues of race, gender, colonialism, ability, sexuality, and more. It’s obvious how her work is akin to Butler’s. You might know Shawl from her creative writing workshop and non-fiction book with Cynthia Ward Writing the Other, which addresses creating credible characters outside your own cultural experiences. Her debut novel Everfair was released in 2016, and is an excellent intervention into steampunk, a genre that too often ignores Victorian-era imperialism and erases people of color. It’s an alternative history dealing with Belgian King Leopold II’s brutally violent colonialist regime in what is now the Democratic Republic of Congo. Shawl invents an alternate universe where a hodge-podge group of Western socialists, Asian inventors, and Indigenous people band together to create a new nation and defeat Leopold. Shawl has also edited some great anthologies of speculative fiction you’ll want to get your hands on, including ones paying homage to Black and queer science fiction legends like Stories for Chip: A Tribute to Samuel R. Delany and Strange Matings: Science Fiction, Feminism, African American Voices, and Octavia E. Butler.