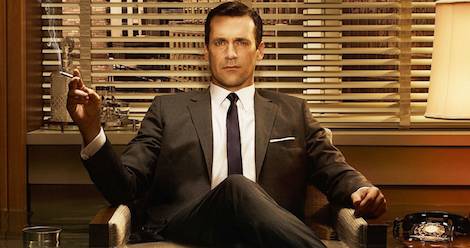 I’m in Mad Men withdrawal, and I can’t believe the final episode aired a little over a year ago. Somehow it feels like it was both longer and shorter ago. I’m about to get a little pick-me-up, though, because Mad Men’s creator, Matthew Weiner, has a brand new recording of Frank O’Hara’s Lunch Poems on audiobook, out today! You can listen to him read the poem “Lana Turner” here:

I first encountered Lunch Poems in a beloved English class with a professor who literally wriggled around on the floor like a bizarro John Keating from Dead Poet’s Society. As a teenager, I had never encountered poetry so fresh, immediate, and vital. First published in 1964, it captures something about that moment in New York that pulses on the page.

Matthew Weiner credits Lunch Poems as a major influence on his creative vision for Mad Men. “When I was asked to read Lunch Poems it scared me, because I love Frank O’Hara’s voice and didn’t want mine to get in the way. His work became a part of Mad Men not only as a touchstone of the period, but more importantly, it supported my emotional purpose for the show, which was to say that our inner lives are timeless.

“Getting a chance to live in his work this way by reading it out loud made me appreciate the joy and pain that he seems to effortlessly capture. Of course, as a writer, it is a gift to truly experience the construction of someone’s work this way and, as a person, it made me miss him and wish we could go and grab a bite.” 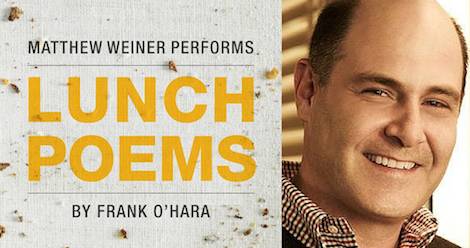