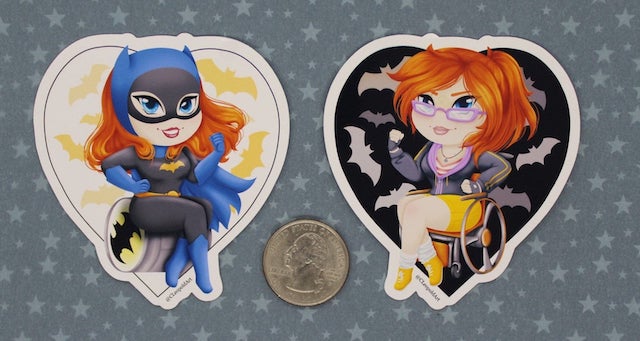 I am a sucker for a good gift giving occasion. I adore exploring local shops and the internet for the perfect present and it makes me so happy when I can tell from the expression on the giftee’s face I’ve managed to hit the sweet spot.

Of course, eventually, you have to pay the credit card bill.

How can you possibly let your comics geek flag fly on the shoestring that results from your winter gift giving occasion/extravaganza? If T-shirts and hoodies and even socks are out of price range unless something you already have disintegrates (and even when that does happen…well, if your closet is anything like mine, it’s admittedly self-delusional to justify another Star Wars shirt); if jewelry is a definitely no; if prints are out of reach…How do you decorate that new computer? The steel water bottle? The plain notebook? The gifts you yourself received simply cannot remain un-geekified, but what’s a comics fan to do?

The answer, my friends, is stickers.

I know, I know. Sounds like kids’ stuff. But in the quest to support artists I like and add some comics bling to my daily life while simultaneously trying to reduce spending, I’ve returned to something in which I took untold joy many years ago, because they allow me to get the look I want with minimal outlay. Stickers also means the ability to take some of your favorite art with you when you shove your laptop in your bag or sling that water bottle onto a carabiner.

Here are some of my favorites:

Category ID: 914
Category ID: 1074
The Stack Newsletter
Sign up to The Stack to receive Book Riot Comic's best posts, picked for you.
Thank you for signing up! Keep an eye on your inbox.
By signing up you agree to our terms of use

The Child by JerichoJess (Etsy) 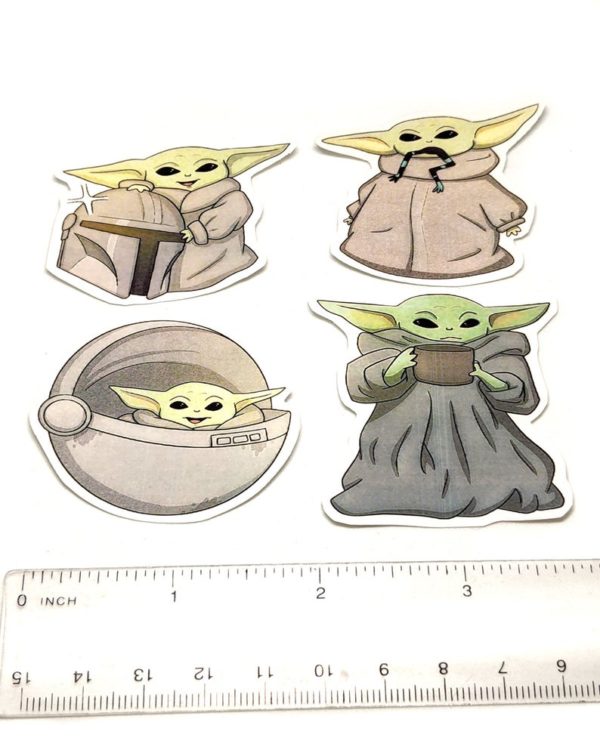 No, I’m not sick of Yodito (name coined by @ohmymithrandir) yet and I highly doubt that day will ever come. This four pack of decals is only $3.59 which means that for a sum less than the price of a latte from you-know-where (and it’s not like they’re making the juniper ones this year anyway) you can spread the love to four different blank slates of your own or keep some and give a few others away to brighten someone’s day. Declare your allegiance before S2 of The Mandalorian drops next year.

My Other Ride is Roach by Imagnt (Etsy) 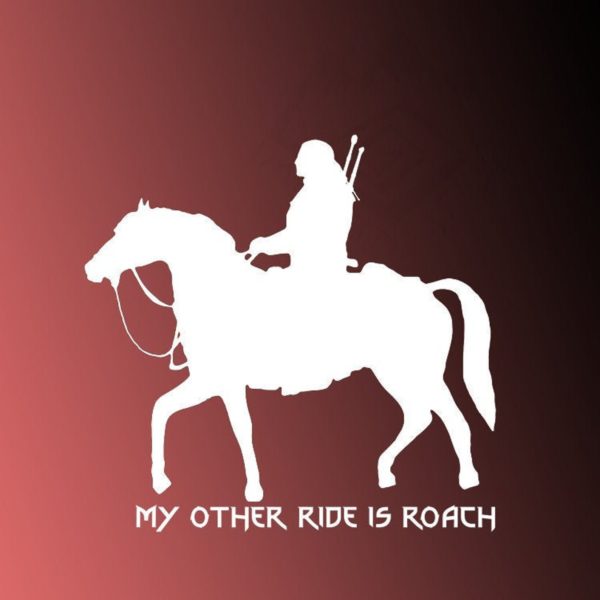 I’m a bit late to the Witcher fandom. I don’t play video games more complex than Panda Pop because of a hand-eye coordination disorder (which doesn’t affect me when a thing is directly in front of me but does cause a delay between brain and hands when I’m trying to time a move piloted by a controller) but after hearing how much people were enjoying the Netflix show, I gave it a go and absolutely, completely, 100% enjoyed it. Being one for source material, after watching the last episode, I started reading the Witcher books by Andrjez Sapkowski which are equally as bananapants, hilarious, and that amazing mix of the thing itself (high fantasy) while also being a parody of said thing. One of the running gags in the books is that Geralt goes through horses like nobody’s business and names them all Roach, which is why this particular sticker caught my eye and made me giggle. ($4.85) 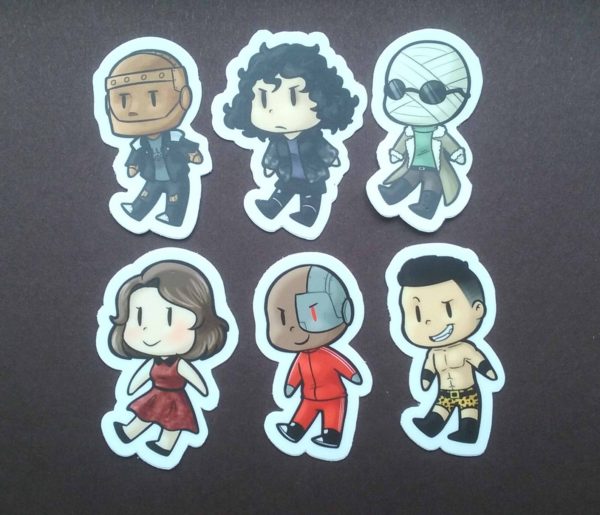 Speaking of bananapants, have you read any issues of Doom Patrol? Did you watch the DC Universe live action adaptation this past year? I’m not usually one to pay a subscription service for a single product, but even if I didn’t use DC Universe for anything else I would keep it simply to watch this show, which went hard from the beginning and only got more weird and glorious as it went on. This sticker set is both ironic, in that Doom Patrol is most definitely not a cute and fluffy show or book (which gives a whole new dimension to the chibi look of these stickers) and hilarious, because I can totally see the writers doing an episode where all of the characters were turned into chibi versions of themselves physically but kept up the swearing and fighting and bloodlust and…now I want it. Really a lot. ($10) 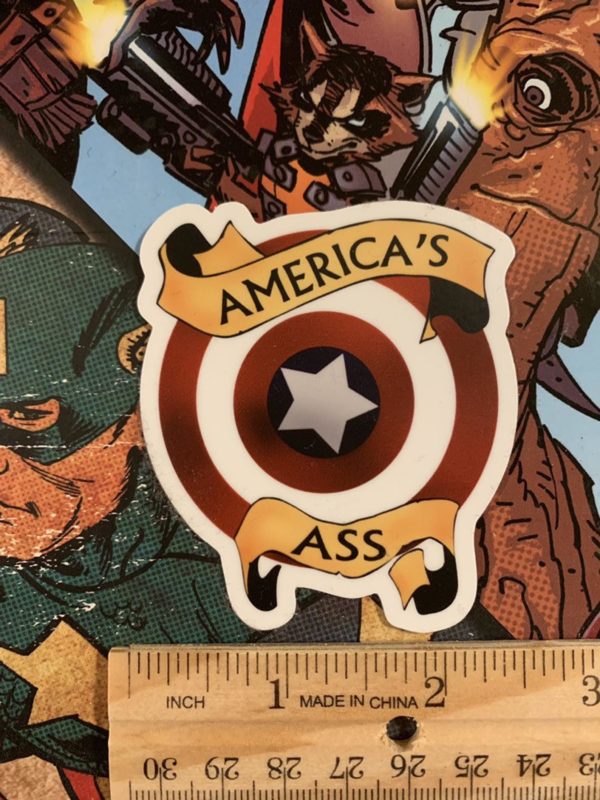 This will always be one of my favorite MCU moments, especially when our noble, modest Cap looks down at his own butt and says, “That is America’s ass.” If that makes me immature, well, I’ll live with the label because, listen, it’s funny and it’s going to keep being fun until the end of time. I don’t make the rules. I have an “America’s Ass” sticker on my laptop on which Tony, Steve, and Scott are standing over a fallen past Cap, all delivering the line simultaneously while Scott salutes, and every time I look at it, no matter how bad my day has been, I snort-laugh. Give yourself a much needed light moment; jump on the America’s Ass train. ($2.50) 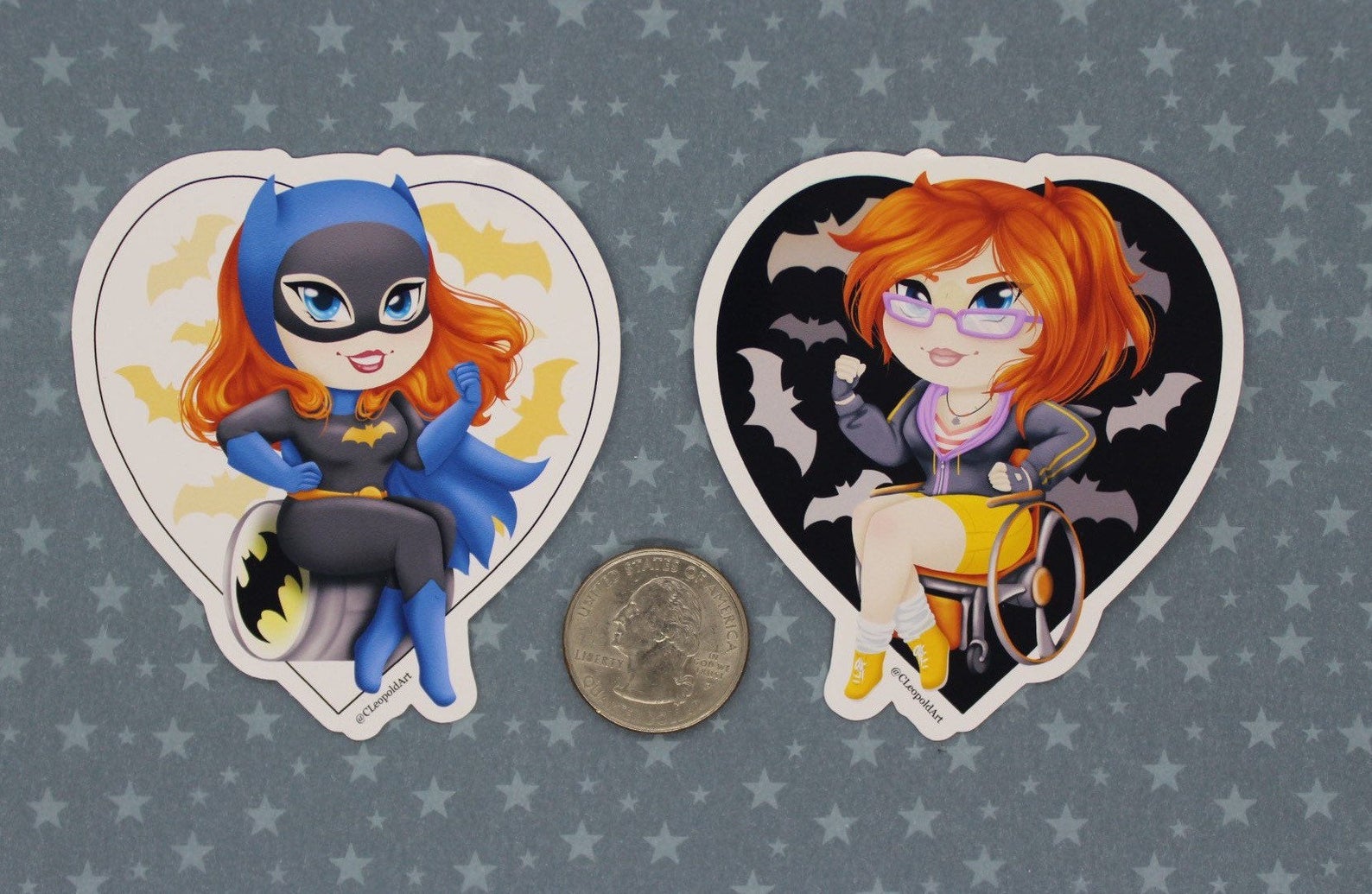 We don’t see a lot of Babs-as-Oracle representation outside of comic books and I absolutely love that these two stickers come as a set. Both show a strong, independent woman, both of whom are heroes and both of whom are key members of the Batfam. Being injured by the Joker changed Barbara’s life but, as the saying goes, she started again, not over, finding a new role but never letting anyone forget how smart and capable she is. ($2.00)

So many options. So many surfaces in need of decoration. So many stickers in need of homes. So simple to let your geek flag fly, even on a budget.