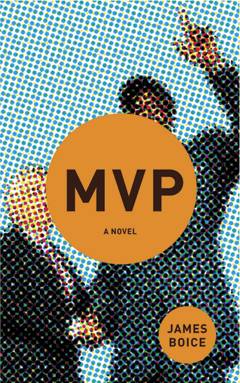 This is a guest post by Scott Beauchamp. Scott is a writer living in New York.

There’s an unattributed quote I’ve heard mentioned during conversations about American decline: “The three things that America will be remembered for are the constitution, Bob Dylan, and baseball.” Whether or not you agree with the sentiment, it’s hard to argue against sports, especially baseball and football, being a fundamental part of our American identity. Our cities aren’t “big-league” unless they have a sports stadium. Some of the most watched television programs of all time are still Superbowls. Kids can’t tell you who the Secretary of Defense is, but they can name the entire roster of the New York Yankees. For better or worse, we are a country of sport.

Maybe for better AND worse. For every success story about some hard-up kid working humbly his entire life to achieve the fulfillment of his dreams, there are three rape accusations. For every charitable foundation ribbon cutting ceremony, there is a congressional inquiry into drug use. And this is exactly why my Genre Kryptonite is dark novels about sports. There’s nothing so terribly evocative or educational as the moment when the American Dream becomes a nightmare.

The classic pessimistic mid-century sports novel is The Natural by Bernard Malamud. Based loosely on either the bizarre shooting and comeback of Philadelphia Phillies player Eddie Waitkus, or the shooting death of Cubs shortstop Billy Jurges, the novel is a wonderfully written exploration of the relationship between sports and violence. When the new kid, Roy Hobbs, joins the fictitious New York Knights as the new right-fielder, questions start cropping up about his shady past. Starting and ending with shootings, this sports novel has all the hallmarks of a classic Western: the new kid, money, crazy women, and random violence. And of course the movie adaptation starring Robert Redford isn’t bad, either.

End Zone, Don DeLillo’s second novel, is probably his most accessible. People put off by the opacity of White Noise, or the sheer length of Underworld, needn’t worry with this straightforward football novel. Well, straightforward for DeLillo, at least. The story is a tale narrated by Gary Harkness, a blocking back at the fictitious West Texas school of Logos College during their first racially integrated year. Gary spends his time off the field contemplating nuclear war and hanging out with a girl named Myna. Their banter is witty and insights, if not deep, are at least entertaining. The book is really playful and fun, but  it does draw the parallel between the organized violence of war and the organized violence of American sports.

Peter Gent, a former Dallas Cowboy himself, went on after the NFL to write a series of incredibly engaging sports novels. My favorite of these is The Franchise. When a corrupt North Texas expansion team, The Texas Pistols, recruits all-star college quarterback Taylor Rusk as part of their five-year plan to become national champions, they don’t count on Rusk standing up to their corruption and violence all around him. It’s a great story about someone taking a stand for what they believe in and, ultimately, persevering.

Of the newer dark and gritty sports novels, my favorite is MVP by James Boice. Starting with the main character, Gilbert Marcus, murdering a woman, we’re taken back from the moment he was concieved to the night of the murder, tracing the trajectory of how exactly a sports star who has it all becomes an anti-social murdering freak. The journey is dark and the tale is twisted and its difinetly worth a read. The Brothers K by James David Duncan is a little bit more lighthearted. A coming of age story set in the Pacific Northwest, the title itself is a double entendre on both The Brothers Karamazov and the symbol for a strike-out. While their father deals with the loss of his amature baseball career, the Chance brothers navigate their own complicated course towards adulthood during the Vietnam war. The last, and probably least dark, of the newer sports novels that I enjoy is Chad Harbach’s The Art of Fielding. Set at a small and somewhat rural college, the novel is structured to resemble an Art of War for baseball. Dealing with injury, loss, and the sadness of feeling your youth leaving you, it’s one of the better written sports novels out there.