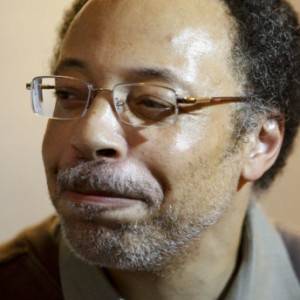 This month, Prime Minister Trudeau announced Canada’s new Poet Laureate (the official term is Canadian Parliamentary Poet Laureate), and it’s a pretty exciting choice: Nova Scotian poet, novelist, and playwright George Elliott Clarke. He’s also a noted literary critic, having written groundbreaking work on African-Canadian literary theory. Clarke writes about a range of topics, but he’s most known for using his pen to chronicle the lives of black Canadians in Canada’s maritime provinces, mapping a cultural geography he calls Africadia (a portmanteau of Africa [for the path of immigration] and Acadia [the original term for the region]). 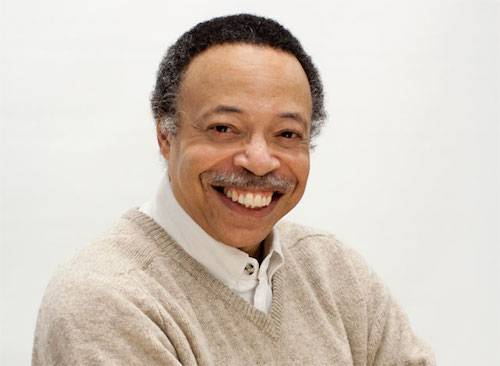 Clarke has said he draws inspiration from seven intellectuals: “jazz trumpeter Miles Davis, troubadour-bard Bob Dylan, libertine lyricist Irving Layton, guerrilla leader and poet Mao Zedong, reactionary modernist Ezra Pound, Black Power orator Malcolm X and the Right Honourable Pierre Elliott Trudeau.” And indeed, in his words we can find all of these influences and more — Clarke’s political and emotional core is at the heart of every poem he writes. I love teaching Clarke’s work because he forces students to confront racism in Canada in overt, excruciating ways.

See, in Canada, we don’t like to talk about racism. We like to hide behind our belief that we are nice, polite, kind, and, frankly, “better than” other countries. But Clarke’s poetry demands that we confront racism and classism in Canada, which makes his selection as Poet Laureate important. I know the work he will produce in this role will be brave. We are simultaneously being offered the poet we need and the poet we deserve.

In a recent interview with rabble.ca, Clarke notes:

In my mind when we talk about African Canadian poetry or literature in general, it is a tradition of writing related to people who have been on the move. They are transients, they are refugees, they are fugitives from slavery, they are themselves sometimes ex-slaves or still slaves…They are economic migrants or they are fleeing tyranny in former colonies that have now become independent nations, such as in Africa. [Then] landing in Canada where they still face discrimination, racism and economic marginalization, which has always been part and parcel in the practice of racism in Canada.

Racism in Canada has always been tied to class stratification and anybody who doubts that can go back 50 years to John Porter’s Vertical Mosaic, don’t take my word for it, just read Porter… I will be the first one to say or the last one to say, if necessary that the findings of that book: that Canada is erected on a basis of class stratification based on race, religion and ethnicity is still true, with those of white Anglo background being at the top of that pyramid and those of especially First Nations or Indigenous Background being at the bottom of that pyramid, with black people occupying the strata right next to or just above Native people.

There’s much to read by and about George Elliott Clarke if you wish to, but I think I’ll leave this brief introduction to the brilliant man with my favourite poem, “Blank Sonnet,” first published in the collection Whylah Falls in 1990.

The air smells of rhubarb, occasional
Roses, or first birth of blossoms, a fresh,
Undulant hurt, so body snaps and curls
Like flower. I step through snow as thin as script
Watch white stars spin dizzy as drunks, and yearn
To sleep beneath a patchwork quilt of rum.
I want the slow, sure collapse of language
Washed out by alcohol. Lovely Shelley,
I have no use for measured, cadenced verse
If you won’t read. Icarus-Iike, I’ll fall
Against this page of snow, tumble blackly
Across vision to drown in the white sea
That closes every poem — the white reverse
That cancels the blackness of each image.