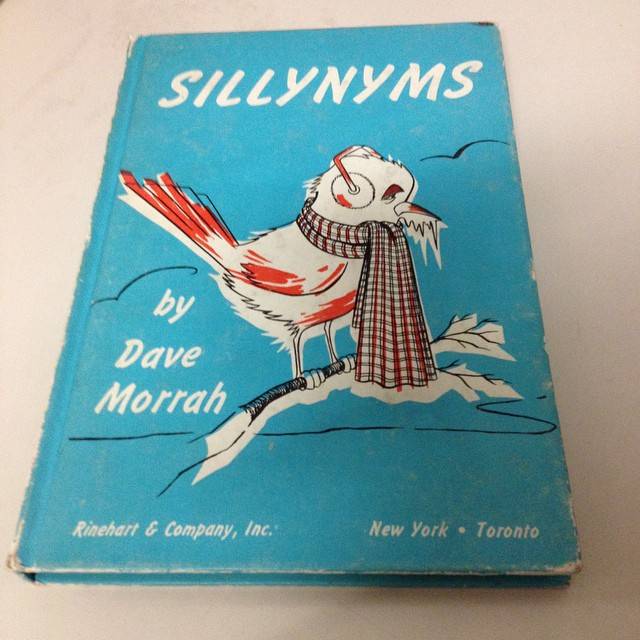 When Marvel announced their slate of Netflix series, the one I was without a doubt most excited about was Jessica Jones. Don’t get me wrong, I have nothing against Daredevil, Luke Cage, or Iron Fist, but Jessica Jones promised a hardboiled noir with a female lead—basically Veronica Mars, but in the Marvel Cinematic Universe. How could I resist? And now, two years later, our wait for Jessica Jones is finally over (or, at least it will be on Friday). In honor of Jessica’s Netflix premiere, here’s a primer on who she is and which of her comic appearances you need to read. 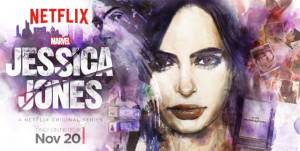 If by some miraculous occurrence, this is the first you have heard of Jessica Jones, here is the latest trailer, which offers a pretty good look at Krysten Ritter as Jessica, Mike Colter as Luke Cage, Rachael Taylor as Patsy Walker (a/k/a Hellcat), Carrie-Anne Moss as Jeri Hogarth, and David Tenant as Kilgrave (a/k/a The Purple Man). (We’re also promised Rosario Dawson will return as Claire Temple.)

Now, before we move on, I should say something. I know David Tennant is sexy. But Kilgrave is not sexy. Do not go posting sexy images of Tennant-as-Kilgrave on Tumblr, especially not with comments like “I wish he’d tell me what to do.” It’s not allowed. If you must Tumbl (that’s the word, right?) something with Tennant, just use this:

Mike Colter, though, is fair game. Go Tumbl Mike Colter. (I’ll leave it up to you as to whether you use the phrase “Sweet Christmas,” but it seems like a missed opportunity if you don’t.)

That formality out-of-the-way, let’s get to the comics. (I’ll do my best not to spoil anything big, but minor spoilers are inevitable in these sorts of posts; consider yourself warned.)

Who Is Jessica Jones?

In her early appearances, Jessica Jones is a former superhero-turned-private detective with a dark past. Years ago, Jessica was a shy high school student barely noticed by her classmates. Basically, your typical unpopular teen girl with a crush on Johnny Storm. But, then, after an accident involving some military-grade chemicals (and the first of at least two comas), Jessica finds herself with superpowers—enhanced strength and durability and the ability to fly (poorly)—and decided to give superheroics a shot under the name Jewel. It didn’t work out so well.

Jessica’s big problem (aside from her costume) was that almost immediately after her career began, she had a run-in with Zebediah Kilgrave, the Purple Man. Due to a separate chemical accident (there were a lot of chemical accidents in Silver Age Marvel), the Purple Man has the power to control minds through clever use of pheromones. Aside from perhaps the Puppet Master (able to control minds through clever use of clay puppets), the Purple Man may be the ickiest of all Marvel supervillains. Jessica’s encounter with the Purple Man didn’t end well (for anyone involved, really), and she understandably decided to put away the tights. But, hey, she got to meet the Avengers:

Jessica’s framed picture of herself (as Jewel) with the Avengers, Alias #1, art by Michael Gaydos and Matt Hollingsworth

A decade-and-a-half later, Jessica is a private detective, with all that entails (i.e., a serious drinking problem, self-destructive tendencies, and several chips on her shoulder). This is where we meet her at the beginning of Alias, and it’s where we’re almost certainly going to meet her for the Netflix series. So let’s jump right in.

There’s only one place to start with Jessica Jones, and that’s Alias by Brian Michael Bendis and Michael Gaydos. The series is basically a hardboiled noir set in the Marvel universe, with Jessica in the role of alcoholic PI in over her head. It is by far my favorite thing Bendis has written—Jessica’s characterization is spot-on and she feels like a real person from the beginning. Her relationships with Luke Cage and Scott Lang (yep, she dates Ant-Man!) feel genuine, as does her friendship with Carol Danvers (now Captain Marvel, but then going as Warbird).

The art by Gaydos and colorist Matt Hollingsworth is perfectly suited for the dark tone of the series, without ever having that 80s “dark and gritty” feel to it. It’s hard to imagine any other art team making the Purple Man quite so ominous and smarmy all at once:

It’s a truly fantastic series, with stellar work from all involved. Just be warned: Alias was the first title under Marvel’s Max imprint, and features a fair bit of explicit content (including a NSFW scene with Luke Cage in issue #1) and several issues undoubtedly deserve trigger warnings (especially the Purple Man arc near the end of the series). So, probably not a series to buy for the kids, unless you like having uncomfortable conversations with pre-teens.

Marvel is in the process of reprinting Alias in four trade volumes. The first and second are available now, but the third and fourth will be available in December and January, respectively. Or, you can buy it all now in the Alias Omnibus. The full series is also available on Comixology, but—like most Max titles—not on Marvel Unlimited.

Bendis felt Alias had reached a natural conclusion after the final Purple Man-centric arc. When he told Editor-in-Chief Joe Quesada, Quesada mentioned that Marvel was considering a CSI-like series based out of the Daily Bugle, and suggested Jessica would be a good fit. Bendis jumped on the idea, in the process changing Jessica from hard-as-nails PI to quasi-journalist. And so was born The Pulse (named after the Bugle’s section specializing in superhero affairs).

But while Alias was a one-woman show, Jessica shared the stage in The Pulse with Ben Urich and Kat Farrell of the Bugle. The first arc—penciled by Mark Bagley, Bendis’s longtime collaborator on Ultimate Spider-Man—feels dramatically different from what came before, and it’s hard to get used to Bagley’s cartoonish version of Jessica and Luke. It’s like you’re reading about the Ultimate Universe Jessica Jones.

You can’t convince me these are the 616 Jessica Jones and Luke Cage. Art from The Pulse #1, Mark Bagley, Scott Hanna, Frank D’Armata, and Brian Reber.

The second arc, a tie-in to Bendis’s Secret War miniseries, is more Jessica-focused (and features more character-appropriate art by Brent Anderson and Michael Lark), but it is brought down somewhat by virtue of being a tie-in. The series gets the Alias feel back for the final arc, due largely to the return of Gaydos and Hollingsworth. Basically, just in time for cancellation.

The Pulse is definitely worth reading if you want to follow more of Jessica’s adventures, but consider this a warning that it is hard not to feel at least somewhat let down after the awesomeness that is Alias.The biggest problem with is that Jessica has lost much of the hard edge that made her compelling in the first place, and we definitely see signs of the later shift toward Jessica as chronic worrywart in New Avengers. Not to say that The Pulse is bad; it’s just that it’s not as good as Alias (admittedly, a high standard).

In addition to a Complete Collection trade, The Pulse is also available on Comixology and Marvel Unlimited. (Note: Jessica does not appear in issue #10, a skippable House of M tie-in.)

Oddly, the best Pulse-era Jessica Jones story doesn’t appear in The Pulse and wasn’t written by Bendis. Instead, it’s the first volume of Young Avengers by Allan Heinberg and Jim Cheung. While Jessica is an ancillary character, it really does feel like a Pulse story: it even opens with J. Jonah Jameson assigning Jessica to find out who these “Young Avengers” are and report back. Jessica doesn’t get much character development (not surprising, since it wasn’t written by Bendis), but it is absolutely worth reading if the words “Young” and “Avengers” at all appeal to you when strung together.

When Bendis took over the Avengers franchise, he brought Jessica Jones and Luke Cage with him. Unfortunately, with the huge cast of New Avengers, Jessica was often given little of interest to do. She spends way too much time complaining about Luke putting himself in danger and far too little time solving problems herself. But she does have two stand-out issues: New Avengers Annual #1 (conveniently reprinted with The Pulse) and New Avengers vol 2 #8. There’s also some good stuff with Jessica—including a conversation with Carol Danvers—in Bendis’s final New Avengers arc (vol 2 #31-34).

You probably already know if New Avengers is your thing: if you like Bendis’s talking heads style of writing, check it out. If not, just read the issues cited above. IMO, this is a great candidate for Marvel Unlimited reading.

I Can’t Stop Reading Jessica Jones Comics, Give Me More!

To help build excitement for the Netflix Jessica Jones series, last month Marvel released a free digital Jessica Jones one-shot by Bendis and Gaydos, with coloring by Rico Renzi. Think of it as an eight page encapsulation of Alias (but without all the adult content). It’s a fun treat, if not exactly revelatory.

In a five-page backup story presumably meant for Amazing Spider-Man #600 (my guess is Quesada took too long to draw it and the book shipped without it), Jessica tells Pete about how his career as Spider-Man inspired her own decision to put on the tights. It’s best moment is probably when Bendis and Quesada retcon Jessica into Amazing Spider-Man #4 (as a random person in the crowd who says/does nothing). A fun read if you have a Marvel Unlimited subscription, but no need to go out of your way otherwise.

At the end of Bendis’s run on Avengers, Jessica and Luke retire from active superheroing. This status quo wasn’t long-lived, however, as Luke comes out of retirement during the Infinity crossover event, joining up a street-level Avengers team in Al Ewing’s Mighty Avengers (later relaunched as Captain America and the Mighty Avengers). Alas, I have only read the first arc (the Infinity tie-in issues), so I cannot say whether she does anything terribly interesting, though I have been assured that she goes out for coffee with She-Hulk, so it can’t be all bad.

What? That’s it? What about a new Jessica Jones comic series?

I have suspicions that if the Netflix series does well (and how will it not?) Marvel will announce a new Jessica Jones comic. If not, Bendis will probably just find a way to work her into Invincible Iron Man. Either way, I suspect we’ll be seeing Jessica Jones again pretty soon.