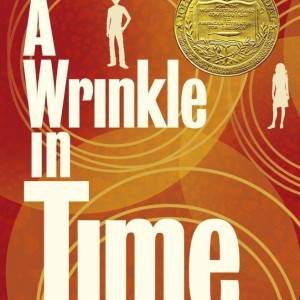 In a 2004 New Yorker essay, writer Cynthia Zarin recounts something a college friend said to her: “There are really two kinds of girls. Those who read Madeleine L’Engle when they were small, and those who didn’t.” I don’t take this literally, as I’m not much of one for grand-yet-arbitrary binary statements, but I found myself nodding along anyway. L’Engle wrote revolutionary books; books that, to this day, remain unusual in many story aspects, particularly in her female protagonists. The girls who read Madeleine L’Engle read books that could change the world because they could change us.

L’Engle was my first introduction to literary SFF; I am not entirely sure why I ever picked up A Wrinkle in Time to begin with. Was it the pink cover with the majestic wingéd centaur? Was it the curious title? I was immediately charmed by Meg Murry, a misfit girl like me who thought she was ugly and often acted out against her own better judgment. I didn’t know as a child how rare it was to read a science fiction story driven by the flawed strength of a lady (much less a ladychild), but I did know that Meg and I were the same and that Meg did great, brave things even though she ran off at the mouth too much sometimes. I knew that Meg was great at math and that women could be smart scientists and do important work. I knew even that women could be powerful beings who sometimes have to save men.

I knew these things before the world told me any differently and I am grateful for that.

The search for a father, and disappointment in the finding, is a theme that runs through L’Engle’s fiction and that could be taken both literally (as it seems she found her own father lacking, from what I have read about her) and figuratively (the religious aspects of her work). That I can relate to at least some of this is incidental and specific to me, but what I appreciate as a woman is her indignation in the face of disappointment.

When Mr. Murry failed to save Charles Wallace from IT, when he nearly destroyed Meg with inept space-time travel, Meg questioned him brutally, relentlessly: how could you let this happen? Why didn’t you do better? Published in 1963, a book featuring young girl questioning her father like that didn’t jibe with the established social order; it still doesn’t entirely fit. Yet there is no reason why this should not be; there is no reason not to question a person whose poor decisions are found wanting. Meg Murry-cum-L’Engle gave me the tools to question my own life, which saved me from internalizing a lot of damaging ideas.

“Do better” is a message that women weren’t allowed to give to men for a very long time, but L’Engle put it out there plainly: if you fall short, you must do better. The idea that a father can fall short in the eyes of his daughter, the idea that he isn’t protected by his position in the family, was a bit revolutionary in itself.

I like to think that the girls who read L’Engle absorbed this, even if we didn’t consciously sort it out in our youth. I like to think that we absorbed that our lady-flaws aren’t necessarily flaws at all, that sometimes they can be world-saving tools, that they can give us power. Madeleine L’Engle is a brick in a road that we have been laying for far too long and yet not long enough: the road to undeniable female personhood, where we will stand up and be counted rather than diminished or pushed aside. The girls who read L’Engle may have laid their own first brick from her stories; I certainly did.