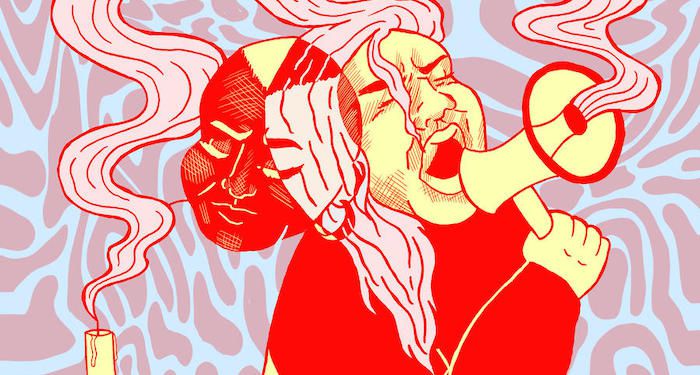 In the last few years, we have been fortunate enough to see a boom in books written by trans authors and featuring trans characters. It is both delightful and extremely heartening to see. Comics serve an especially important place in storytelling by queer folk, as they are accessible and enjoyable. Visual art can also humanize individual experiences. One of the most powerful parts of graphic novels is the ease of communication. They can convey meaning, context, and emotion in a way that words alone simply can’t. Additionally, they have a history of being underground and subversive, as it’s a younger art form with fewer constraints. As such, they are valuable to communities that thrive on the margins.

Several trans authors have used comics to tell tougher stories and share their own. These stories are humorous, heartfelt, and brilliantly told. At the moment, not as many graphic memoirs by trans authors exist on the market, but I hope to see more in the future. That said, here are some of the writers and artists right on the cutting edge. 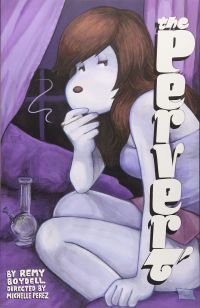 The Pervert by Remy Boydell and Directed by Michelle Perez

The Pervert is a wonderful semi-autobiographical graphic novel illustrated by Remy Boydell under the direction of writer Michelle Perez. The story follows protagonist Felina Love (stand-in for Perez herself), as she navigates the city of Seattle as a trans sex worker. The narrative vignettes explore the potential threats and dangers of being a sex worker while also being someone who is perceived as neither male nor female. The art style is both whimsical and bleak. The artist chose to render the characters as watercolour anthropomorphic people. This choice gives the story a cartoonish feel that plays off of the darker themes of the narrative.

Content warning for transphobia and homophobia, violence, drug use. 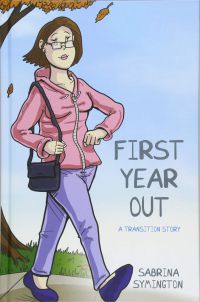 First Year Out by Sabrina Symington

Another semi-fictional story, Sabrina Symington’s First Year Out details the experiences of a trans woman named Lily during her first year in transition. In a roughly linear narrative, we follow Lily as she transitions physically as well as grows as a woman. Between laser hair removal and bottom surgery, she also has to come out to her parents and change her friendships. Additionally, Symington’s book explores other trans characters in Lily’s life, examining her privilege as a white trans girl. This book is sweet and a thoughtful introduction to trans coming out. 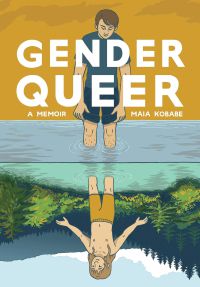 In eir debut graphic novel, Maia Kobabe takes us through eir childhood and eir journey with gender identity and sexuality. Gender Queer shows us the author’s struggles with crushes and gender expectations as a teen, and coming to terms with eir nonbinary status as an adult. This comic originally began as a way to explain eir gender and sexuality to eir family, but it has grown into more than that. Gender Queer is an intimate graphic novel that goes beyond the scope of the personal. It reaches out to other trans folks, and it challenges the way we think about gender as a whole. 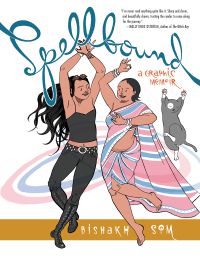 In Spellbound, Bishankh Som explores the time in her life where she quit her full time job to become a comic artist. Som substitutes herself with Anjali, a cisgender woman, for parts of the narrative. It is an interesting juxtaposition of fact with constructed reality. The comics with Anjali are presented as a series of shorts with Som’s overarching real life story in the background. It is a thoughtful story about growing up as a child of Indian immigrants in NYC, coming to terms with gender, and being an artist. 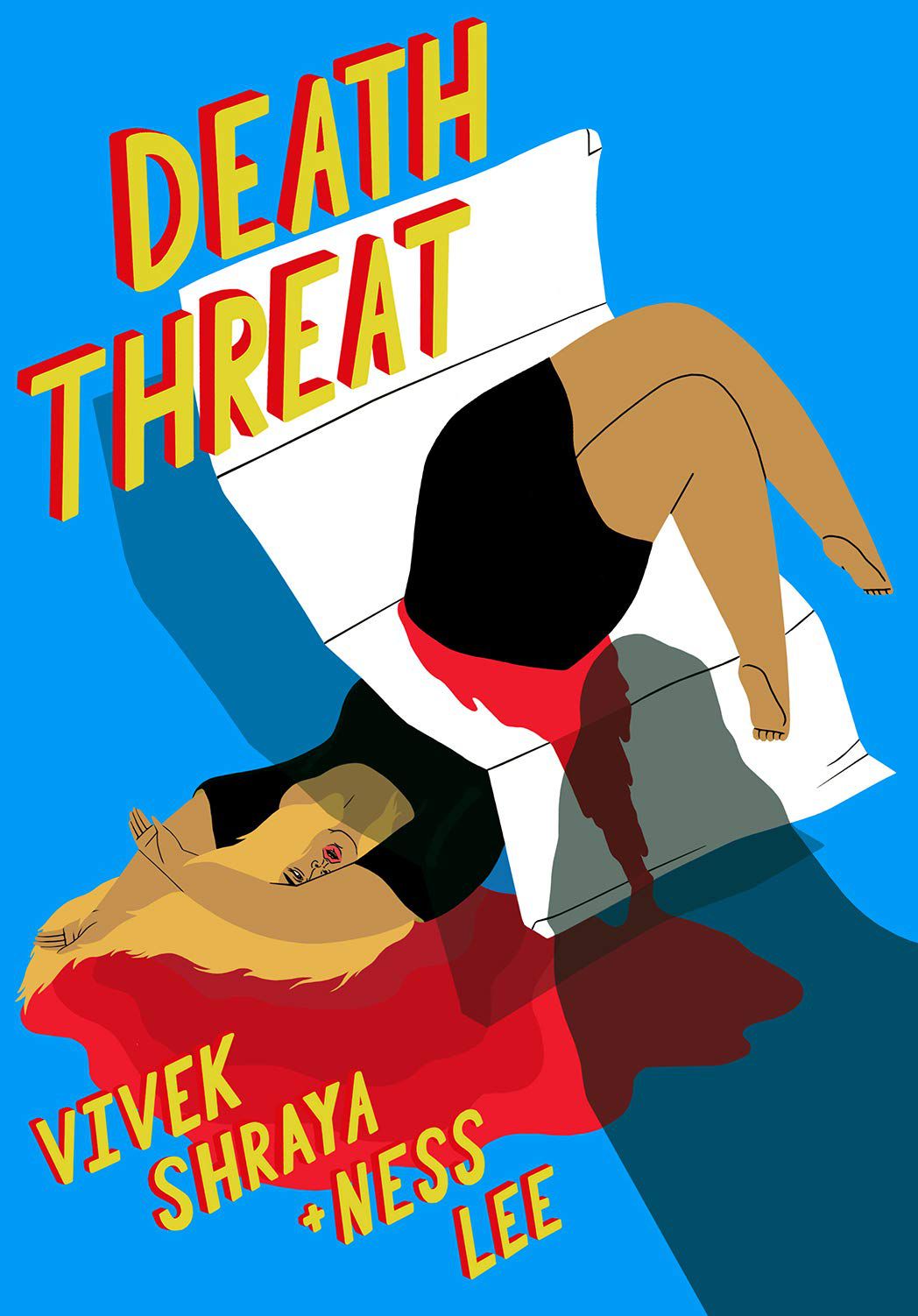 Death Threat is Vivek Shraya’s first graphic work. In the fall of 2017, she began to receive graphic and disturbing hate mail from a stranger. Artist Ness Lee brings the emails between Shraya and the stranger to life with her art using satire and surrealism. In addition to exposing the violent realities of being publicly trans, it serves to illustrate the dangers of online accessibility. Moreover, the book serves as an act of resistance. 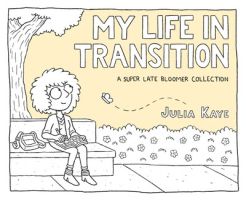 My Life in Transition by Julia Kaye

In 2016, Julia Kaye decided to use her popular webcomic Up and Out to document the beginnings of her gender transition. Soon, that comic gradually evolved into a new series titled Super Late Bloomer. Kaye’s first collection of Super Late Bloomer hit the shelves in 2018, with this newest collection arriving this year. Kaye’s style is adorable and genuine. Her comics show her daily life in a humorous and heartfelt light. Over time, the tone of the comics has shifted depending on her mental health and wellbeing. Meanwhile, the story has followed the plots of her life as she has grown. The comic is still going strong and updates semi-regularly on her Instagram. 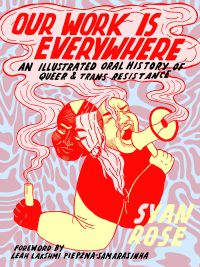 Our Work is Everywhere by Syan Rose

While less of a true memoir, Syan Rose’s work deserves recognition. Rose renders a bold and surrealist landscape of text and image in Our Work is Everywhere. Using the words of trans and queer activists, artists, organizers and healers, Rose showcases trans and queer life in America. In addition to being beautifully drawn, the pages are densely packed with many topics that affect the queer communities. Some of these include sex work, disability and healthcare practice, and fat queer femme mental health. Of course, there is much, much more. Rose lovingly depicts the powerful voices of the queer and trans communities and highlights the passion of their resistance. 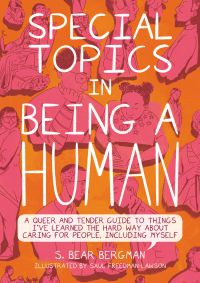 Special Topics in Being a Human by S. Bear Bergman

Special Topics in Being a Human is the most contemporary book on this list, having hit the shelves in October 2021. As well as containing practical advice filtered through a queer viewpoint, Bergman documents many of his own life lessons. One important point of exploration in the book is his experience as a trans parent, which he approaches with wit and self-assurance. His advice is both insightful and practical, from how to make big decisions to how to give a good apology. Altogether, this book is essential reading for the modern age, and Bergman makes a strong case for being the reader’s queer/trans dad.

You may have noted that this short list is fairly white and very focused on the transfeminine experience. As of 2021, there simply aren’t many memoirs by trans authors, especially graphic memoirs. However, more trans authors are having their voices heard every day. I’m certain that someday this list will be ten times as long!