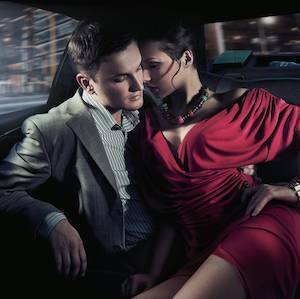 What followed was not a post, though, but a flurry of blushing explanations to co-workers as the books came in. “It’s research! I’m reading these for work!”

My co-workers never demanded those explanations. I preempted judgments which may very well have never come, had I not punctuated my orders with hand-wringing. Or had I avoided encouraging them to theorize with me on why the copies looked so beaten: what’s this stain? Why’s that one sticky? What are people doing with these books?

The correct answer is, of course, “reading them,” but by forcing the question, my own reading took on a bit of a masochistic edge. My consternation did not come on behalf of unknown previous readers. It was wholly about me. What would people think of me for reading this?

It’s not as if those books were my first dose of Anais Nin. I just buy my copies.

I read Disclosure in fifth grade. I did not grow up to be degenerate. I giggled over romance novels with my cousin in seventh grade. I did not become promiscuous. I learned a lot of terminology from Tom Robbins when I was sixteen that’s useful when playing Cards Against Humanity, but not for much else. I did not run out to test drive it.

Category ID: 867
Category ID: 475
Kissing Books Newsletter
Sign up for Kissing Books to receive news, book recommendations, and more for residents of Romancelandia.
Thank you for signing up! Keep an eye on your inbox.
By signing up you agree to our terms of use

As it turns out, we’re capable of processing mentions of body parts and stories about sex–even very detailed, imaginative stories about sex–without ourselves transforming into prurient fiends. Reading is just reading. Thoughts are just thoughts.

Q: What does it mean when a person is able to produce knowledgeable opinions of Little Birds and Delta of Venus? When they can speak to how Walter Mosley’s Killing Johnny Fry compares to Diablerie, and of how Edith Templeton’s Gordon is a more literary option than certain popular BSDM fiction floating around at the moment?

Why is that so hard to admit?

Maybe it’s because I am at least 12% straight-up Victorian. I want to be thought of a certain way, as a Nice Girl, as the minds her p’s-and-q’s sort, whether or not that archetype is particularly healthy or feminist. And whatever else Nice Girls are or aren’t, they are not people who indulge in (gasp!) “pornography.” Nice Girl can tell you where the Mosley is, but she isn’t going to laud it. She may even warn you that its situations are…graphic.

Which they are. I endorse none of the relationships, or interactions, in the books which I’ve mentioned. Anais Nin details some borderline abusive situations, and she seriously blurs the lines of consent. Mosley’s characters are okay with consent, but their behavior is high-risk and emotionally not great. And Gordon is, straight up, a story that begins with rape and progresses into relationship abuse. Reading those books, as a feminist, and feeling at all piqued is seriously complicated territory.

But I guess I read erotica, anyway.

What erotica is: permitted. Varied. Exploratory. Safe. Titillating.  Burdened by the value judgments that precede it.

What erotica is not: shameful. (Right?)

The best version of me knows better than to relegate any kind of reading to brown-bag territory, but I don’t always let her win out. I’m trying. And since I cannot solve my neuroses in the course of this post alone, I’ll just end with the advice I’d give other readers struggling to own their niche interests.