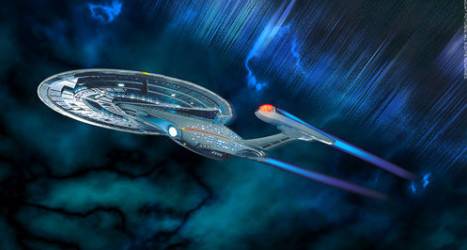 Star Trek premiered on September 8, 1966. Not even its creators dreamed of its eventual success. Even now it’s hard to gauge Star Trek’s cultural impact because it’s gone way beyond a successful television and film franchise. Science fiction was a sleepy, backwater genre before Star Trek, and it’s fandom a minuscule subculture that few noticed. When hordes of Trek fans started showing up at science fiction conventions in the early 1970s they weren’t always welcomed. They went off a created their own conventions, that eventually attracted millions of fans, many of which, began calling themselves science fiction fans. I’ve never known if Star Trek just brought science fiction readers out of the closet, or created them, but either way the genre grew like cosmic inflation. Then in 1977, the genre exploded again, by another magnitude, with Star Wars. Before 1966 most people in the world had no idea what science fiction was about, today there are few people on this planet whose minds haven’t been tainted by science fictional concepts.

Here are a selection of books being published to celebrate the 50th anniversary of Star Trek. Even if you’re not a hard core Trekker, you might find these works worthy reads, especially if you’re interested the details of television and movie production, or the development of a cultural phenomenon. Some of these books will tell you about all the jobs you see when watching the credits after a movie. 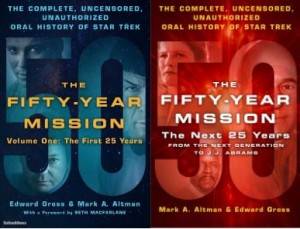 The Fifty-Year Mission: The Complete, Uncensored, Unauthorized Oral History of Star Trek: The First 25 Years by Edward Gross and Mark A. Altman (6/28/2016)

The Fifty-Year Mission: The Next 25 Years: From The Next Generation to J. J. Abrams: The Complete, Uncensored, and Unauthorized Oral History of Star Trek  by Edward Gross and Mark A. Altman (8/30/2016)

The Fifty-Year Mission is a two volume work that collects quotes from hundreds of people, living and dead, to create a massive history of the Star Trek franchise. These books, also on Audible, running almost 60 hours, effectively showcase the book’s innovative structure as an “Unauthorized Oral History of Star Trek.” For bookworms who dream of becoming showrunners, these books will educate you about the complex task of creating a visual story involving dozens of creative workers. 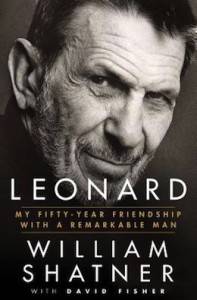 Leonard: My Fifty-Year Friendship with a Remarkable Man by William Shatner (2/16/16)

I was never a Trekker, but began watching Star Trek on September 8, 1966, when it appeared for the first time, and kept watching all the shows since. What reignited my interest recently was reading Leonard by William Shatner. I got into the book not because it was about Star Trek, but because it was a story about two Jewish guys born months apart in 1931, in Montreal and Boston, who chose to become actors at an early age, and ended up breaking into television in the 1950s. Shatner tells a story of a fifty-year friendship that ultimately went bad. Leonard has a surprising amount of historical details, especially about acting in the pioneering days of television. 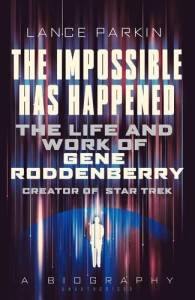 The Impossible Has Happened: The Life and Work of Gene Roddenberry, Creator of Star Trek by Lance Parkin.

Finishing Leonard inspired me to keep reading about Star Trek. The Impossible Has Happened works hard to tell a balanced biography of Gene Roddenberry. Trekkers worship the guy, but the men and women who worked with Roddenberry often tell a very different story. This book isn’t getting the buzz the others are getting, but I find it a very worthy piece of the Star Trek puzzle. Roddenberry was an immensely complex man, insanely creative, flawed, who worked hard to promote liberal causes, but sometimes wasn’t so ethical himself. Roddenberry’s vision of Star Trek was different in 1966 from what it became in 1987 for Star Trek: The Next Generation. On the road to his Damascus, the fans of the original series showed Roddenberry the light he had inspired in them. Eventually, the religion he created was torn from Roddenberry, to be spread by younger disciples. Anyone interested in memes should find this book compelling. 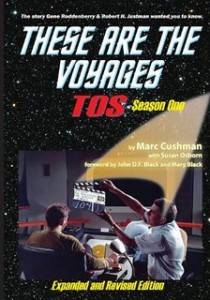 These are the Voyages, TOS, Season One by Marc Cushman and Susan Osborn (4/2/14)

These are the Voyages, TOS, Season Two by Marc Cushman and Susan Osborn (6/5/14)

These are the Voyages, TOS, Season Three by Marc Cushman and Susan Osborn (4/1/15)

Because of all this reading about Star Trek, my friend Annie and I have decided to rewatch all the 79 original episodes in order. I wanted an episode-by-episode guide and found this three volume set, These are the Voyages by Marc Cushman and Susan Osborn, to be extremely comprehensive, well reviewed, and praised. They aren’t books published for the 50th anniversary, but if you’re watching the old shows again to celebrate the 50th anniversary, you might want get them. I didn’t expect to get this involved in Star Trek. For years and years, I never had the patience to watch old TV shows. Something clicked recently, and now I’m reliving the 1950s and 1960s on my TV screen. Reading these books gave me an appreciation for all the effort that went into creating the golden age of television.

Three national magazines have also gotten on the Star Trek bandwagon for the 50th anniversary, as well as other publishers. I had to stop here. It was getting overwhelming. The Star Trek universe is gigantic. And I’m afraid if I keep reading, I’ll fall into a black hole of obsession. But to quote Mr. Spock, “Fascinating.”