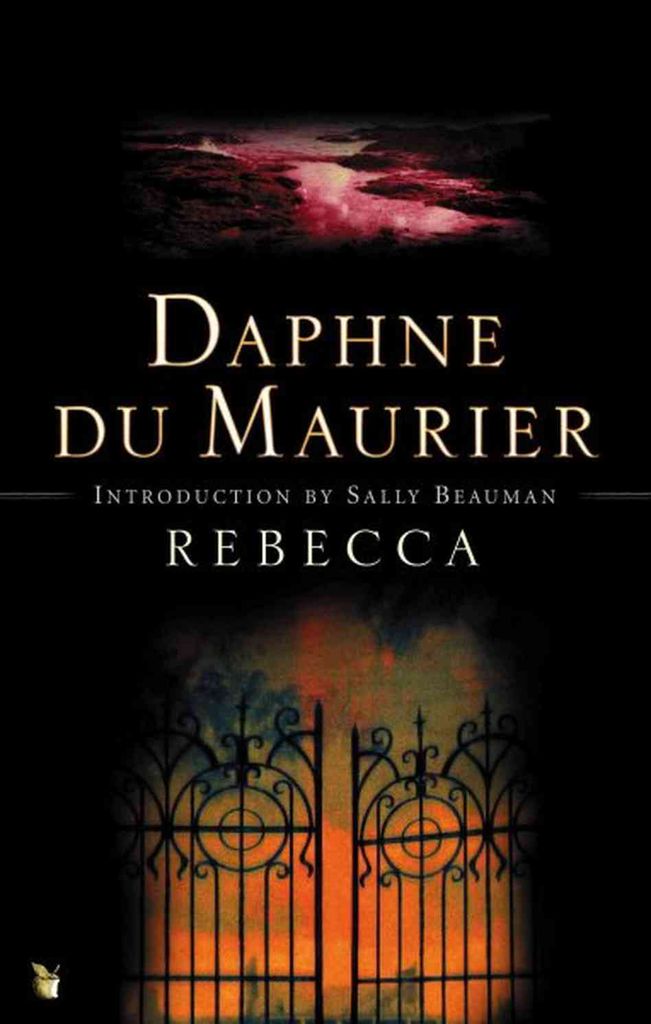 Over the years “Hotel California” has been theorized to be “about” any number of things, from a haunted house to a rehab clinic to the disco culture of the 1970s. Eschewing the literal nature of some of these interpretations, Don Henley has said that the song is about “a journey from innocence to experience.” It’s not a particularly original or unique subject. It’s subject, by and large, of Gothic romance.

I don’t remember the first time I heard “Hotel California.” The Eagles were one of those bands my Dad loved and that I never really listened to so much as absorbed by osmosis. I do remember when I first read Daphne du Maurier’s Rebecca. I was fourteen, and the book was a gift from my mother. She had little time for reading as an adult but remembered loving Rebecca when she was younger and (correctly) thought it was something I’d devour.

When I heard “Hotel California” the first time after reading Rebecca, I made an immediate, intuitive connection between the two: “Oh okay, this song is about Rebecca. I get it now.” I can offer no explanation for this deeply-held but utterly unfounded conviction: I simply felt it to be so. It wasn’t until I went to drop this factoid in conversation several years later that I stopped short — wait, was this actually true? When I realized I had completely made this up, it became just another goofy, self-deprecating “can you believe me?” anecdote I’d tell friends.

Rereading du Maurier’s novel this summer, though, I went from reminiscing about my strange, adolescent adaptation conspiracy theory with something like bemusement to being convinced of its merits (again). The more I read, the less out-of-left-field the connection I had made between the two seemed. Not that “Hotel California” is actually, literally inspired by Rebecca; rather, that they share a number of thematic and textual parallels and that they hit their audience on the same Gothic, sex-and-death register. Du Maurier’s novel and The Eagles’ song seem now to me to be spiritual bedfellows: two chronicles of innocence lost suffused with decadence and danger, and both with indelible, magnetic settings that have captivated the popular imagination for decades.

Rebecca’s narrator, most commonly referred to as the second Mrs. de Winter, goes from a sullen, excruciatingly shy girl to the cool coconspirator and wife of an unrepentant murderer. She begins the novel as someone too awkward to even say which vase she prefers and ends it as a woman who reacts to her husband’s confession of murder with gratitude — sure, he may have killed his wife, but at least he never loved her. Du Maurier marks this shift by bookending the chapters in which the truth about Rebecca is revealed with two declarations of maturity. Before her husband has even said a word about his murdered wife, the second Mrs. de Winter insists, “I’ve grown up, Maxim, in twenty-four hours. I’ll never be a child again.” By the time he’s done telling his sordid tale, Maxim has to agree with her: “It’s gone forever, that funny, young, lost look that I loved. It won’t come back again.”

Corruption and a kind of malevolent decadence recur across both Rebecca and “Hotel California.” At first sight, the second Mrs. de Winter breathlessly describes Manderley as “a thing of grace and beauty, exquisite and faultless, lovelier than I had ever dreamed.” But commingled with this faultless grace are suggestions of carnality and gore: the second Mrs. de Winter’s first impression of Mrs. Danvers is of a “black figure” whose “hollow eyes watching me intently from the white skull’s face,” and she describes the famed Manderley rhododendrons as “nothing but slaughterous red, luscious and fantastic … monsters, rearing to the sky, massed like a battalion.”

In “Hotel California,” this juxtaposition is expressed more directly: “There she stood in the doorway/I heard the mission bell/And I was thinking to myself, “This could be Heaven or this could be Hell.’ ” It continues throughout the song as it veers between images of bloody violence (“stab it with their steely knives but they just can’t kill the beast”) and sensual extravagance (“mirrors on the ceiling, pink champagne on ice”) even within the same verse.

This particularly Gothic mingling of beauty and perversion also extends to the unnamed “she” of “Hotel California.” The song’s narrator describes a woman bent, corrupted by a preoccupation with the material and the carnal: “Her mind is Tiffany-twisted, she got the Mercedes bends/she got a lot of pretty, pretty boys she calls friends.”

In Rebecca, the picture Maxim paints of his murdered wife is of a woman “not normal,” one who relishes not only power, but manipulation and cruelty for their own sake. In Rebecca’s hands, the wealth of Manderley and her own perfect taste become weapons: she trades a sham marriage and absolute freedom within it for her ability to elevate Manderley to unprecedented glory. Maxim bitterly admits as much: “The beauty of Manderley that you see today, the Manderley that people talk about and photograph and paint, it’s all due to her, to Rebecca.” Rebecca is not twisted by things; she uses things to twist the knife into Maxim.

Rebecca also happens to have “pretty boys she calls friends” in spades. “Friends” is, in fact, precisely the word Maxim fastidiously uses to describe the men Rebecca entertains at her flat in London and, increasingly, begins bringing home to Manderley: “She began to ask her friends down here. She would have one or two of them and mix them up at a weekend party so that at first I was not quite sure, not quite certain.” In a previous chapter, Mrs. Danvers was more characteristically blunt about Rebecca’s proclivities: “it was like a game to her. Like a game. Who wouldn’t be jealous? They were all jealous, all mad for her … everyone who knew her, everyone who came to Manderley.”

Thanks to Rebecca, Manderley becomes a place that captivates its guests and traps its residents. Consider Mrs. Danvers, tormented by the appearance of a new Mrs. de Winter but grimly, ghoulishly determined to stay on at Manderley to maintain a shrine to her dead mistress. Or Maxim, for whom Manderley is both a childhood comfort and a mausoleum to his own lost self-respect; even as he berates himself for bringing his new bride home, there is never a suggestion he’d take her anywhere else. Or even the second Mrs. de Winter herself, who yearns for Manderley as the home she has never had but immediately wishes she had never set eyes on it, and spends the majority of the novel oppressed by both the expectations of being mistress of Manderley and the spectre of its mistress before her. Is there any better summation of these characters and their relationship to this place than Henley and Glenn Frey’s “We are all just prisoners here, of our own device”?

The most famous last lines of “Hotel California” also hinges on the line between captivity and captivation: “You can check out any time you like/but you can never leave.” Musically the two lines are split by a beat: a turning point, a moment to pivot expectations. You’re free to go, but you’ll never really be gone.

This too evokes Rebecca, albeit in reverse. Du Maurier’s novel begins with the iconic line “Last night I dreamt I went to Manderley again,” before spending an entire chapter conjuring the eerie, enchanting wasteland of Manderley and the deep psychic pull it exerts on the narrator, effectively building it up in the reader’s mind as well. This whole first chapter functions like that beat between “Hotel California’s” last two lines. It stretches out and draws us in before delivering that shock, that subversion: “Manderley was ours no longer. Manderley was no more.” You always return, but you can never really go back.

What all these textual parallels between Rebecca and “Hotel California” amount to is, I think, the basis of that gut-level affinity I first felt years ago: a sense of haunting. Novel and song endure in part because the fictive places these writers created to infect and obsess their characters have had the same effect on their audience. They’re places that divide: before here, after here. Places you’ll always never be. Neither Manderley nor the Hotel California may be haunted, but they do haunt. For me, it seems, they’re destined to haunt in tandem.