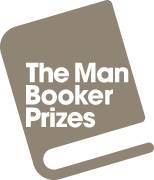 The literary world does bitchy really well. For proof, look no further than this year’s Man Booker Prize, featuring an ignominious gaggle of characters who act less like serious lovers of the written word and more like a herd of mad peacocks savaging their rivals’ plumage whilst simultaneously mauling their own faces off.

As you can imagine, it is a fascinating and unedifying sight.

The cannibalistic feeding frenzy began in earnest in September when the shortlist for the Booker was announced. We recognise three time nominee Julian Barnes, sniffed the self-appointed guardians of the Booker’s eternal flame, but who let all these debut novelists in?

And then, like any undergraduate debate, valid questioning quickly gave way to spectacularly petty personal attacks.

The chair of the judging panel, ex-MI5 chief Dame Stella Rimington, was deemed unsuitable because she wrote thrillers, not literary fiction. Leaving aside the fact that picking a fight with a former spook is probably bad for one’s health, such attitudes confirmed that bear baiting and book judging are closely aligned past-times.

Chris Mullin, a former member of Parliament and fellow panel member, rode to the rescue and proceeded to trip over his own clod-footed defence. The shortlist had more ‘readability’ than previous ones, he said.

Yes, he used ‘readability’ – as garish and as wet paper bag of a word as ‘nice’. Plus by implication he managed to damn all previous shortlists and winners as unreadable. Yeah, where are you now Salman Rushdie, James Kelman, Iris Murdoch, JM Coetzee, Margaret Atwood, William Golding and VS Naipaul?

Yet this tit for tat, my bookshelf is bigger than yours, sniping in letters, columns and interviews failed to sate both sides. Which is why, with mere days till the Booker winner is announced on Tuesday October 18, a new rival award has been set up.

Spite, it appears, can move mountains.

At its barbed unveiling the new Literature Prize positioned itself as a reluctant hero forced into the fray to protect ‘proper’ writing. It was picking up the baton that the Booker, with all its debut authors, thriller writers and readability, had dropped.

“The prize will offer readers a selection of novels that, in the view of these expert judges, are unsurpassed in their quality and ambition,” said the Literature Prize’s launch statement.

“For many years this brief was fulfilled by the Booker (latterly the Man Booker) Prize. But as numerous statements by that prize’s administrator and this year’s judges illustrate, it now prioritises a notion of ‘readability’ over artistic achievement.”

This juvenilia is all very fun but, in its own self important way, is making the world of serious literature in the UK resemble post-Reformation Europe. It is a self defeating battle for literary piety.

Bookies and traditionalist’s favourite Julian Barnes’ The Sense of An Ending is in pole position to win the £50,000 prize on Tuesday. If he is pipped by a first timer like AD Miller or Stephen Kelman, more than peacock feathers will fly. Schism will be in the air. Meanwhile, the world will read on.