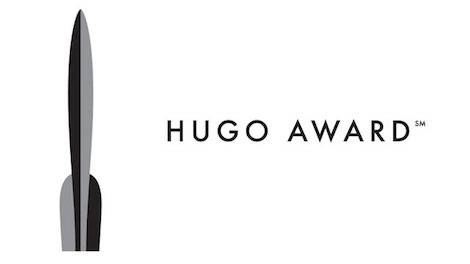 First, congratulations to all of the fine winners and finalists for the Hugo Awards in 2017! This post, however, is not going to be about them. Sorry guys. Rather, it’s time to talk about the Hugo Awards themselves again.

Last year I brought you a report about the World Science Fiction Society’s efforts to end the Hugo Awards being used as a political football by certain bad actors, utilizing rules changes to the nomination process. I return to you with the thrilling conclusion of awards wonkery drama.

If none of the drama in the above paragraph sounds familiar to you, I urge you to read over my previous post.

Two rules changes for the nomination process were in place for this year: E Pluribus Hugo (“EPH”) and 5 and 6. Both of these rules changes had a very real effect on the nominating process for 2017, though perhaps not what you might think.

EPH is an algorithm to be used in tabulating nominations, which is supposed to detect slates and give slated nominations less weight to prevent them from running entire categories, as has been occurred in previous years. This algorithm still hasn’t had a real-world test in the sense that as soon as it was ratified, the so-called Rabid Puppies immediately shifted their annoyance tactics from full category slates to what is called “bullet voting.” In bullet voting, the group all nominates one work and nothing else in a category. A side effect of the EPH algorithm is that it does not counter this behavior, and in fact might weight for it slightly.

This meant that the Hugos this year had some nominees that could be at best kindly referred to as malicious “joke” nominees. (I did a quick analysis here if you’re curious.) But the good news is that this forced shift in tactics meant that any damage was by its very nature limited.

However, an effect of the second rules change, 5 and 6 meant that there were six finalists in each category instead of the five seen in previous years. So that meant that there were still five good candidates even in categories that the bad actors affected. Which is nice. The initial logic for 5 and 6 was that even in a category where slates prevailed with five bad nominations, there would be at least one good nomination. As we can see, it’s had something of the reverse effect, to the benefit of all.

And if you check the Hugo voting statistics, available here, it’s obvious that the Hugo voters still take a very dim view of what the “Rabid Puppies” were trying to do. Pretty much all the works stuck into categories via bullet voting landed under No Award.

Both EPH and 5 and 6 had provisions in their language to ensure they’d be up for discussion and reconsideration yearly. They’re automatically added to each coming Business Meeting’s agenda with a motion to suspend, so they can be “turned off” if the WSFS Business Meeting attendees think they’re no longer useful or are having a harmful impact. After some lively discussion at this year’s Business Meeting in Helsinki, Finland, both EPH and 5 and 6 were kept active for the next year by healthy margins of votes.

And what about the rules changes that were passed by the WSFS Business Meeting last year, and up for ratification this year?

Three Stage Voting, which would have added a quality control “semifinal” stage to the Hugos with an eye to rendering EPH completely unnecessary, also failed ratification.

There was a definite sense that with the state of the finalist list no longer a seriously embarrassing emergency, it was time to ride out a few years with the current changes before fiddling with the nomination process any more. Here’s hoping that things are well settled now.

But wait – there’s some other Hugo-related news from the Business Meeting!

Best Series has been ratified as a category, after seeing the results for this year. (The reason there was a Best Series Hugo this year has to do with the ability of every WorldCon to award one special Hugo category at its discretion. So Helsinki WorldCon was a test run for Best Series, and it was considered a success.) So if you’re happy about there now being a Best Series award, great news!

Another category was added this year, though it’s technically not a Hugo, the same way the Campbell Award is not a Hugo. The Young Adult Award was ratified, so there will now be a special award focused on YA science fiction and fantasy books that WorldCon members can nominate and vote on starting next year! For fiddly procedural reasons, the award does not technically have a name right now (other than “Young Adult Award”) because the name itself is up for ratification next year. If all goes well, the award will be officially named the “Lodestar.”

If you’re curious about the name “Lodestar,” please refer to the YA committee’s report, which you can find here. But basically, after a year of gathering suggestions and researching, “Lodestar” was the best suggested name that didn’t already belong to another award, wasn’t trademarked, and wasn’t the name of a person.

Finally, a “Hugo Award Study Committee” was built this year at the Business Meeting and tasked with assessing the current Hugo categories and their criteria. Now that we’ve hopefully moved on from nomination rules issues (please god), it’s time to assess if any categories need fine-tuning or modernizing, or have become obsolete.

That’s your award rules wonk shenanigans for the year. As a reminder, if you’re interested in nominating or voting for the Hugo Awards, all it takes is a supporting membership in this year’s (or last year’s, if you’re a Time Lord and can go back to buy one) WorldCon. And if you are a WorldCon member, you’re also a member of the World Science Fiction Society, and you have every right to be involved in determining how the Hugos work by attending the Business Meeting.

The Hugos are our awards, as fans. Let’s keep making them better and better.