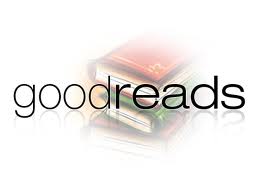 Late last week, Goodreads published an announcement that they were changing review policies and removing “author bookshelves” and also went through and deleted a bunch of reviews. I know this because a lot of people on my Twitter feed had some things to say about it. It was a bit of a kerfuffle if you don’t mind me throwing in the parlance of the young people like that.

Now I grant you, I’m not sure what this solution means, because it’s to a problem that I don’t understand, on a website I don’t use a whole lot…

…but I am really outraged about it.

This is unbelievable! How dare Goodreads presume to march into – well, log into – (I’m not sure how it works actually maybe they walk into somewhere first I don’t know) their own website and makes changes to these sorts of things! These sorts of things which a lot of people use to communicate opinions about other sorts of things and other people to each other! This is exactly what we were all warned was going to happen in that one dystopian novel about the fascist future we all read in school probably! Is nowhere safe anymore?

It’s this sort of meddling that is destroying the book-reading world. This stuff, and Twitter. And reality television. And Hulkmania! Is that still a thing? I don’t have cable. Anyway this is just what Jonathan Franzen was talking about in that one article which caused a bit of a “ruckus” if you’ll pardon the slang, shawty, in which he said that technology and things were destroying our ability to read men who write essays in German.

This solution thingy to that problemy-bit, it’s not going to work. The community will just work around it and create other Goodreads things that do a different thing and other problems will happen! Goodreads will eliminate those and soon there will be nowhere left for the common rabble to talk about books and we’ll all go back to reading the opinions of the New York Times Book Review and that’s not such a bad thing.

I mean that’s a very bad thing. That’s why I’m so outraged.

I hope Goodreads sees the error in their ways and changes their solution to that one problem so that we can solve that problem with a different thing that doesn’t make that original thing a worse thing.

Frankly if this keeps up we might all leave and go over to that other site that does a thing like Goodreads does but a little bit differently. Unless they do something awful too and then we’ll be outraged at them as well!

I have to go lie down.