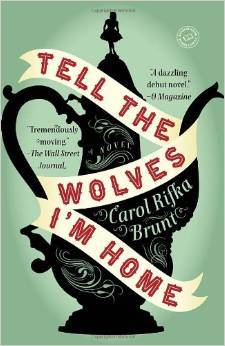 Somewhere along the line I went from having never read a Thor comic to becoming a grown-up version of the kid from Adventures in Babysitting. As such, I have a lot of feelings about the Odinson. Feels even. Which is actually, I think, a more accurate word as it evokes the activeness and presentness of emotions. So leave your hate of internet language at the door, thank you.

This whole Thor thing started with the short-lived, long-loved Thor: The Mighty Avenger comic by Roger Langridge, Chris Samnee, and Matt Wilson. Not only was it my first Thor comic, it’s when the phrase “My Boyfriend Thor” came into my vernacular. If you haven’t read this series, I can’t recommend it enough. It’s charming and fun and full of so much wonder. I think that last bit is what got me. The unabashed wonder of not only the book but Thor himself.

You can’t half-ass Thor. He is a god–of Thunder, no less. He is bombastic and loud and big. He’s more likely to punch a problem than patiently try to fix it. He’d rather drink mead with a raucous room of Vikings than sit in diplomatic meetings. I love that!

There’s a line in Harry Potter and the Sorcerer’s Stone in which J.K. Rowling describes Hagrid as being “too large to be possible” and it always makes me think of Thor and his personality. There’s only so much you can do to contain the Odinson in a story, which is why I love Walt Simon’s run so much. It’s a cinematic cosmic saga, epic in scale. The story is huge, giving Thor and his mythos room to breathe. There are Rainbow Bridges, Toothgnasher and Toothgrinder, Volstagg sitting on guys, and genetically engineered alien warriors in those stories. And that is awesome.

The Marvel Cinematic Universe took the same approach with the thunder god. They don’t try to hide away the “silly” parts of Thor; they embrace them. They welcome adventure and action and giant hammers. Chris Hemsworth’s Thor is just as bombastic and loud and charming as the Thor I love from the comics. Lousy with swagger, one could say. Hemsworth is able to balance the arrogance and bravado of Thor with enough humor and honesty to make him quite lovable.

I’ll admit that I’ve had discussions with like-minded lady friends over a glass or four of wine about how Tony Stark “knows things” but Thor would still be a rocking good time in bed. He’d be respectful and direct with you; Thor does not have time for sexual politics. And he’d definitely make you coffee in the morning.

But Thor and my feelings for him are more than arms and abs and sex. I have written 682 words to describe Thor that are not body parts. He is not a sexy lamp.

I’m a sucker for good guys and boy scouts. I am not ashamed of that. And while Thor is most definitely not a boy scout, he does have that larger moral compass. He has great power and understands the responsibility of that power. I know that’s Spider-Man’s thing, but you can’t wield Mjolnir if you don’t recognize the importance of doing the right thing.

For Thor, the power/responsibility balance comes out of his love for Midgard. And that’s what makes him so accessible for as cosmic as he is. Thor jumps head-first into “foreign” earth customs; he revels in them. He’s protective of our little green and blue planet–not in a condescending “these Midgardians can’t take care of themselves” way, but in a “this is my home too” kind of way.

Put simply, Thor is just a good guy. He’s the guy that drags you out for drunk shenanigans when you’re feeling down. The guy who will punch you straight in the face for being a jerk to his friends. The guy who takes you on a flying goat-drawn chariot ride to see the wonders of Midgard. I can’t help but be in love with him.