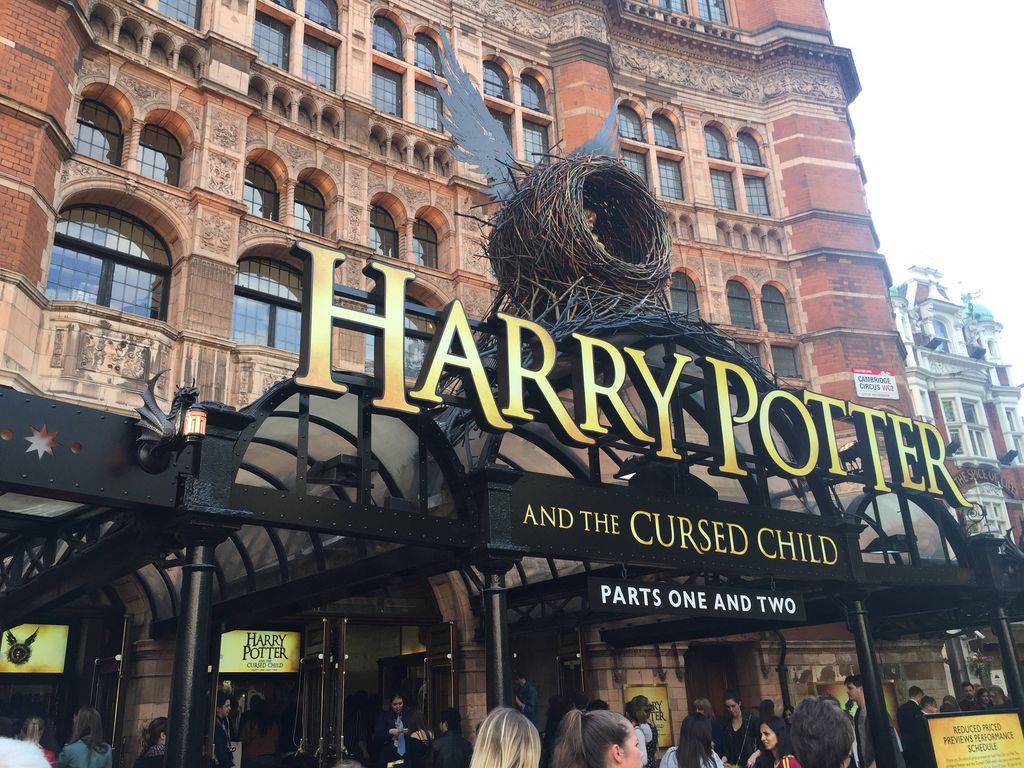 Note: Patrons for Harry Potter and the Cursed Child were asked to #KeeptheSecrets, and I’m a good Secret Keeper: there are no spoilers here. However, you may wish to avoid this article if you want to see or read the play with absolutely no background information. 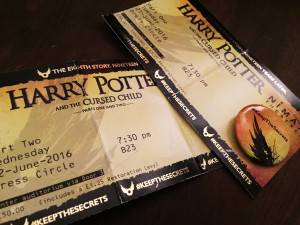 Prisoner of Azkaban quickly followed, and later I queued with my Mom for Goblet of Fire outside our local bookstore at 5am on release day, in costume. You can imagine my sense of excitement when the time came for Deathly Hallows– I was 17 by then, the same age as Harry. I stayed up all night to read it, snotty tears running down my face at certain points (did someone say Snape?).

Time passed. I enjoyed the movies and I visited the Watford Studios in London and in 2014 went to Florida to see the Wizarding World of Harry Potter. Living in London means I see Platform 9 and ¾ whenever I need a dose of whimsy. Real life carried me off and I never got into Pottermore, though the extra info was always welcome. When I heard ‘Harry Potter Play’ I wasn’t convinced- I was happy to leave Harry and his friends and family happy on Platform 9 and ¾ on that last page. 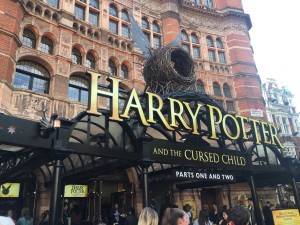 But having moved to London, several friends asked me to see Harry Potter and the Cursed Child with them, and I agreed. I found myself sitting into my seat in the Palace Theatre for two nights in June and suddenly, I was right back in my childhood again. It felt almost like those minutes before I got my grubby hands on Deathly Hallows in 2007. This is new, brand new; Harry is back. Number 8. I had no idea what to expect.

An adult now with children of his own, Harry struggles to balance his life as a Ministry man with the development of his children and family. Seeing a human being inhabit Harry Potter as an adult is somewhat jarring– the same is true of Draco, Hermione, and Ron. Perhaps it’s because I’m an adult now, but the heroes were just as easy to relate to as I remember them. Struggles to fit in, belong, survive, solve and love are universal. 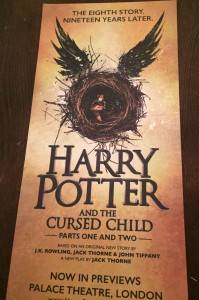 Appearances and references to other characters are to be expected- Dumbledore, Snape, McGonagall, Neville, Voldemort are all part of the story, in small ways or in large. There is a glorious sense of humour to go along with these references– it’s easy to see Rowling’s light hearted sense of fun even in tense moments.

As a play, this story works. The set pieces are stunning and multi purpose. Props and costumes are rich but not overwhelming, and the moments of magic are truly awesome. Spells, potions, character appearances and disappearances (and a particular moment with Dementors) are brilliant, bringing the magic to life in a very real way. The music and cast interactions are used to great effect in scenes where time must push on, where developments must occur quickly- but it never seems forced. 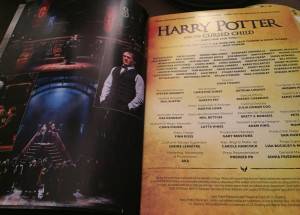 Harry Potter and the Cursed Child is not perfect. There are parts I disagreed with and there are parts that could be cut or refashioned for greater purpose. Nonetheless, I gasped at certain revelations, I cried at visions of characters long gone and I joined the standing ovation at the end without hesitation. The pressure on a 42 strong cast to bring Harry Potter to life must be immense, especially so early in the play’s run, but they did it with a vibrancy you just don’t get from a film. In particular, the young Scorpius Malfoy is absolutely delightful. 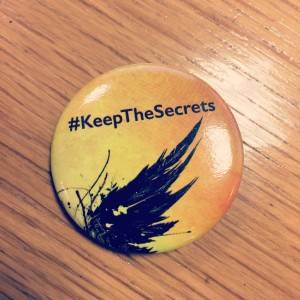 Overall, I was transported back in time, to the days I spent reading the books as a kid; I felt that this was a story written for us, the ones who grew up with Harry but aren’t children any more. Growing up is more than accumulating age– Rowling is honest about that across the Harry Potter universe, and the play showcases the same message. What will come will come, and we’ll meet it when it does. The play’s greatest victory is its wider messages- that families are hard, growing up is tricky, being a grown up is complex, talking to the people we adore is difficult. This is, yet again, a story about Love in its many forms and contemplations- and it’s a worthy addition to the Harry Potter we know so well. If you get an opportunity to see it, don’t hesitate.