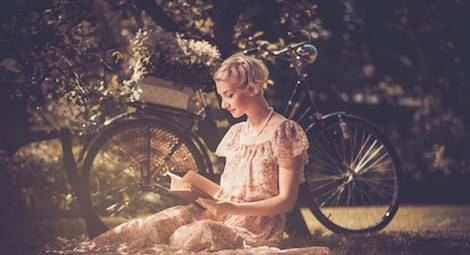 Ahhh, summer. Normally this is the time of year that I read a ton of books, chillin on the porch in the evenings or just walking around enjoying the heat (yes, I love heat). Unfortunately, I had to work through July 4th, so I didn’t get as many reading hours in as I would like. But I bought soooo many books. I’ve been a book ordering fool this past week, I tells ye. And someday I will have the chance to read them all (hopefully). 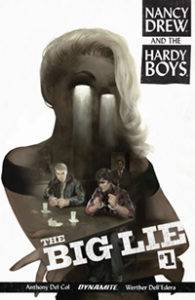 Nancy Drew and the Hardy Boys: The Big Lie #1 by Anthony Del Col and Werther Dell’edera

I downloaded this comic promptly after reading Katie’s review on our list of the best comics we’ve read so far this year. A gritty reboot where the goody-two-shoes Hardy Boys are suspected of murdering their dad, and only Nancy can save them? I am alllll over that. 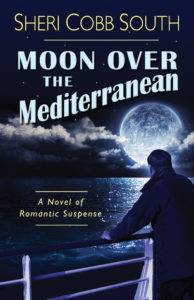 Moon Over the Mediterranean by Sheri Cobb South

I love South’s John Pickett mysteries, but none of her other books caught my eye until I spotted Moon Over the Mediterranean over at Dear Author. It’s billed as an homage to the classic romantic suspense novels of Mary Stewart and Phyllis K. Whitney, and as I’ve mentioned on here before, I spent basically all of my teen years reading and then rereading Mary Stewart. So this book is obviously going to be my jam. Plus, I can’t think of a better time to read about a woman going on a glamorous cruise across Europe than in the middle of summer when I’m landlocked with no vacation in sight. 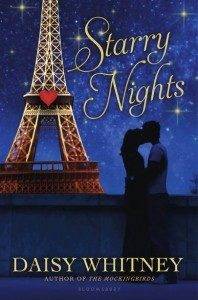 A friend posted a review of this YA novel on Goodreads and I downloaded it IMMEDIATELY. It has everything I could possibly want in a story: Paris, the Louvre, art coming to life (and subsequently disappearing), magic, romance, and–from what I can tell–it’s weird AF. I do loves me some weird. 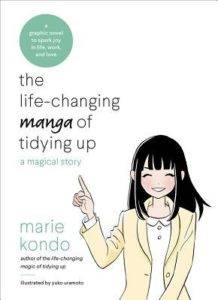 The Life-Changing Manga of Tidying Up: A Magical Story by Marie Kondō

Haaaa. I know, I know. First there was The Life-Changing Magic of Tidying Up, then there was Spark Joy, and now there’s a manga about the “KonMarie Method”!? Perhaps it seems a little kooky, but I did find said previous books useful, if not completely life-changing (also, I haven’t exactly finished going through all my stuff yet…), so yeah, I ordered it. Basically it’s a fictionalized story of KonMarie getting a messy modern gal’s life on track… through organization! I can’t wait! 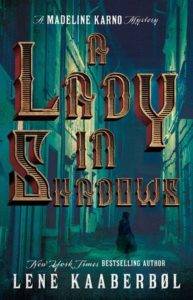 A Lady In Shadows by Lene Kaaberbøl

In the wake of French President’s Marie Francois Sadi Carnot’s assassination, the body of a young woman is found in the streets of Varbourg, her womb ripped apart. Everyone is worried Jack the Ripper has come to France, but medical examiner Madeleine Karno isn’t so sure. This mystery was a bit on the gruesome side for me, but I’m happy I stuck with it. It’s absolutely chock full of historical detail–I really felt like I was transported to 1894 France! Madeleine is an awesome character–I loved how she was always fighting against the goddamn patriarchy but at the same time was still very much a woman of her era. Plus: best fiancé ever. Seriously. The mystery was more of a whywasitdone than a whodunnit, but everything wrapped up nicely. Definitely recommend this one to fans of historical mysteries. 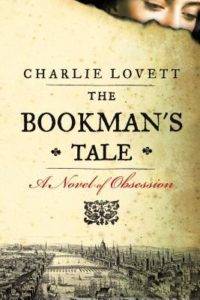 Lovett’s The Lost Book of the Grail is one of my favorite reads of the year so far, and thus I resolved to dig into his backlist. The Bookman’s Tale is the story of rabid bibliophile and extreme introvert, Peter Byerly, who sets out to discover the identity of a Victorian painter and winds up in a conspiracy of Shakespearean proportions. The book really tells three stories: Peter’s literary mystery, how he and his wife met and fell in love, and the story of a book called the Pandosto. Not all the stories are successful. In particular, the “love story” between Peter and his wife was beyond annoying because she didn’t seem like a real human being. I almost started to think she was a figment of Peter’s deluded mind, she was that unbelievable. The mystery portion, however, was really excellent. And hey, you can just skip over the irritating parts! 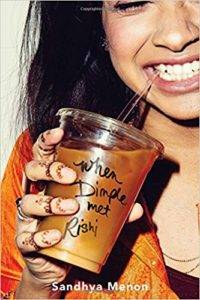 I spotted this audiobook on Hoopla and, considering all the buzz surrounding it, thought why not? It’s a YA romance about two Indian-American kids whose parents think they might make a good match. I’m a bit hesitant about the whole arranged marriage (or at least, arranged dating) sitch, but so many of my friends have adored this book that I’m more than willing to give it a shot. 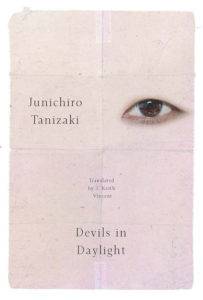 Devils in Daylight by Junichiro Tanizaki

I’m hosting a readalong of this book on a blog I co-manage next month, and I’m planning to do something a little tricksy with the readalong since 1. this novel is so short–less than 100 pages–and 2. it’s about two people witnessing a crime after one of them cracks a secret code in Edgar Allan Poe’s The Gold Bug (I MEAN, you had me at Edgar Allan Poe, I can see most of you saying to yourselves right now). Anyway, I have something special and very EAP-ic in mind, but before I get too far into planning I have to read the book!