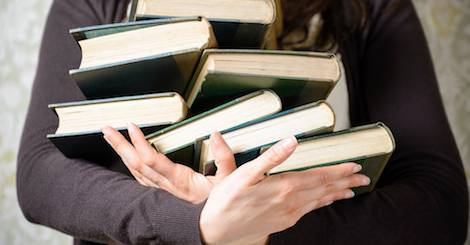 Up until about two weeks ago, I was having a chaotic summer with almost no time for reading. It was terrible. But in mid-August, the chaos subsided, my reading time reappeared, and ever since I’ve immersed myself in activities like reading, getting excited about new books, and collecting more books for more reading. It has been delightful. 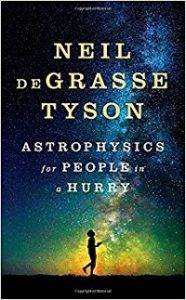 I grabbed this one with an Audible credit because physics is a definite gap in my knowledge base, and now seems like a good time to get a better handle on how the universe works. Plus, Neil deGrasse Tyson has a reputation for being an interesting guy and an accessible teacher. I’m not sure Dr. Tyson can tell me all I need to know about the workings of the world, but I look forward to listening to him and learning from him anyway.

The most recent book in Weatherspoon’s Beards & Bondage series came out this week, so I have a nice complement to Dr. Tyson’s book. The way I see it, at the very least, I have a steamy new romance featuring a lawyer on the run, a farmer with many dogs, and a fake relationship plot line. And best case scenario, maybe this one also fits in the “unlocking secrets of the universe” category. Enlightenment comes in many forms, you guys, and I’ll take my education where I can get it.

Between a Honeymoon and a Hot Mess by Phyllis Bourne

I am a woman who loves a good romantic comedy, and Phyllis Bourne is one of the best at writing them. I’ve been looking forward to diving into her latest since it came out earlier this summer (or to be entirely honest, since I finished Between a Rock and a Hot Mess last year). As soon as vacation came around, this one came off my TBR and onto my Kindle. Now’s it’s in my outbox – it was just as much fun as expected – and my wait for book three in the series has begun. 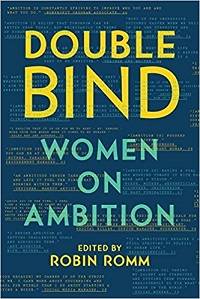 After a couple of stressful months at my job, I was looking for some career perspective. What better place to get it than a book full of essays discussing how women balance their work and lives within the larger context of pretty much everything else? It was like my very own career-oriented book club that I could convene whenever I wanted. And the post-it notes littering the pages of my copy suggest I may be re-convening said book club on a pretty regular basis for the foreseeable future.

IN THE QUEUE (WHAT I’M READING NEXT) 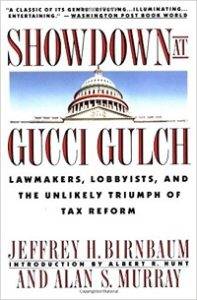 Sure, a 30-year old book about tax reform might seem like a strange pick, but it looks like the next big item on the U.S. Congress’s to-do list is rewriting the laws governing tax policy. Showdown at Gucci Gulch is the story of what happened the last time the tax code was overhauled and how hard it was to do it. It’s also written by journalists and has a reputation for being a (surprisingly) engaging read.

Crazy Over You by Daisy Prescott

Just because a book about reforming the tax code is engaging doesn’t mean a person only wants to read about reforming the tax code. Crazy for You is an Aspen-set second chance romantic comedy from the always entertaining Daisy Prescott. Since I like to balance different types and topics as I read, I’m pleased to report that my research indicates that tax policy is not a central theme in Crazy Over You. Balance achieved.