It’s been a great week for books for me. I’ve laughed and cried, and I whooped out loud when I got approved for a review copy. And I’m excited about my next read, too—I’ve been looking forward to it for ages. September is looking good. 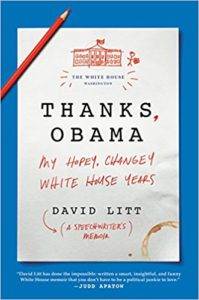 I was really excited to be approved for the ARC of Thanks, Obama, a memoir by a speechwriter in the former administration. I love these kinds of books—real life West Wing, essentially—and these days I especially love taking shelter in the memory of a happier, hope-y-er political time. 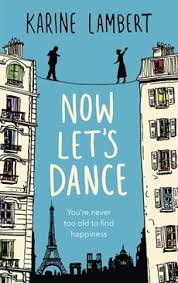 I cried multiple times over this short novel. The translation by Anthea Bell, called Now Let’s Dance, is out this week in the UK and I highly recommend you head over to bookdepository.com or, if you read French, the Kindle store for the original. It’s a heart-warming read about two bereaved people in their 70s who, in spite of various complications, find love again, with each other. 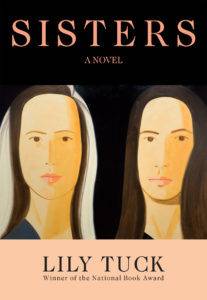 This book! It’s short but packs a punch. (I may have stolen that phrase from Rebecca, who’s raved about Lily Tuck enough times on various podcasts that I knew I had to try this one.) I read it in one sitting—I’m a slow reader, so I hardly ever get to do that—and it was quite the ride. Tuck’s unnamed heroine obsesses over her unnamed husband and his unnamed ex-wife, and I wasn’t sure if anything was really going to happen (which was fine with me, because I was enjoying the writing) but then…it does. And I need to talk about it with someone! 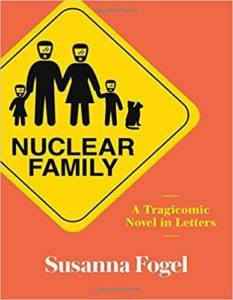 I’m finishing Nuclear Family by Susanna Fogel, which has had me laughing out loud on more than one occasion as we read letters from various people and non-people in Julie’s life over several decades—including from the gerbil she drowned in 1990, her iPhone 4s who feels the relationship has become unhealthily co-dependent, and her IUD, which has thoughts on the men in her life. 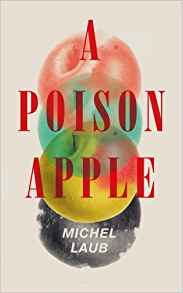 A Poison Apple by Michel Laub

When I’m done with that—soon, because I can’t stop reading it—I’ll move onto Michel Laub’s A Poison Apple, another short novel, translated from the Brazilian Portuguese by Daniel Hahn. The protagonist looks back over his relationship with his first love against the backdrop of big ’90s events, including the Nirvana concert where they meet. It is, apparently, a “meditation on passion, youth and guilt.” Right up my street.