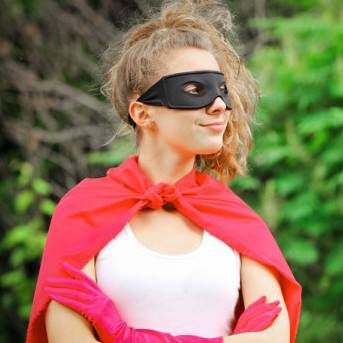 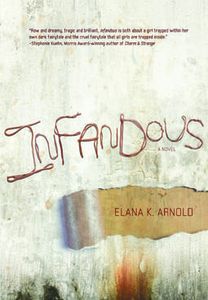 Outside of library circles, the Midwinter meeting of the American Library Association is probably best-known for the announcements of the Youth Media Awards: the Newbery, the Caldecott, the Coretta Scott King, the Stonewall, the Schneider, the Printz, and so on. Those shiny stickers generally get all of the glory, but they aren’t the only honors bestowed—and as a reader and a librarian, I love the booklists even more.

There are lots of great lists that are released during or shortly after the Midwinter meeting: Best Fiction for Young Adults, Great Graphic Novels for Teens, the Rainbow List, the Children’s Notables, and more.

That MORE includes the Amelia Bloomer List, which is an annual list that honors “youth books with strong feminist themes” for ages birth to eighteen. The Amelia Bloomer Project started in 2002, and is—as you have probably already guessed—named for women’s rights advocate Amelia Bloomer.

This year’s list includes lots of books that I’ve already read and loved—volumes 1 and 2 of Lumberjanes (Friendship to the MAX!), Interstellar Cinderella (space mechanic!), Infandous (fairy tales and mythology and art and sex and mother-daughter relationships!), Kissing in America (love letter to female friendship in road trip form!), All the Rage (this decade’s Speak!), We Should All Be Feminists (so tiny! so necessary!), Audacity (fictional biography of social justice pioneer! in verse form!)—but as with any booklist, the titles that interest me even more are the ones I haven’t read yet.

In Reading Color Newsletter
A weekly newsletter focusing on literature by and about people of color!
Thank you for signing up! Keep an eye on your inbox.
By signing up you agree to our terms of use 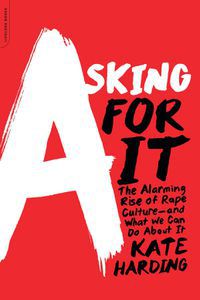 Here are five that have flown to the top of my TBR pile:

Asking for It: The Rise of Rape Culture—and What We Can Do About It, by Kate Harding

Is this going to be an emotionally difficult read? Of course it is. Is it a necessary read? I’m going to go out on a limb and guess that the answer to that question is yes as well.

How to Be a Heroine: Or, What I’ve Learned from Reading Too Much, by Samantha Ellis

This one was actually ALREADY on my TBR list. When I originally added it, I said, “Playwright who grew up in an Iraqi-Jewish community in London writes about the realization that “her whole life, she’s been trying to be Cathy Earnshaw of Wuthering Heights when she should have been trying to be Jane Eyre”. HOW HAVE I NEVER HEARD OF THIS BOOK GIVE IT TO ME NOW.” 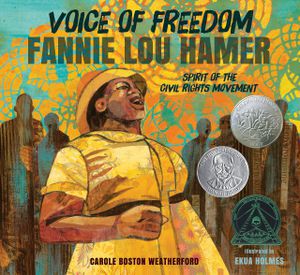 This one got TONS of recognition at the YMA awards—look at all of those medals!—and its inclusion on this list makes me want to read it all the more. Weatherford and Holmes use poetry and multimedia collage to tell the story of Fannie Lou Hamer, an activist who fought for civil rights, voting rights, and was one of the core organizers of the 1964 Freedom Summer. It looks absolutely gorgeous.

Headscarves and Hymens: Why the Middle East Needs a Sexual Revolution, by Mona Eltahawy

An Egyptian American journalist on the struggle—and need—for gender equality in the Middle East and North Africa. This quote alone has my heart going pitter-pat: “It is the job of a revolution to shock, to provoke, and to upset, not to behave or be polite.”

Click on through, peruse the entire list, and tell me in the comments about the titles that catch YOUR fancy.