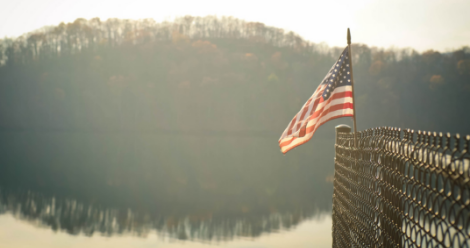 It’s needless to say there’s been a significant surge of political YA novels in recent years, with the likes of Angie Thomas’s The Hate U Give spending over 100 weeks on the New York Times Bestsellers List. A powerful debut novel engaging with themes of racism and police brutality in the United States, The Hate U Give is a classic example of art imitating life – not the other way around.

Samira Ahmed’s debut novel Love, Hate and Other Filters also hit the New York Times Bestsellers List at such a pertinent time, tackling the Islamophobia and hatred fueled by the presidential election and travel ban. With her next YA novel, Internment, Ahmed continues to fight against the current political climate by ultimately bringing us a story of hope and resistance when we need it the most. 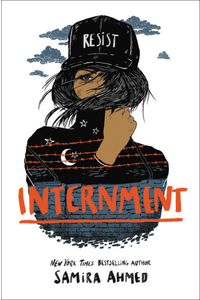 Set in a near-future United States, the book follows Indian American Muslim teen Layla Amin in her fight for freedom when she is forced into an internment camp along with her parents. With the help of her friends and an unexpected alliance, Layla leads a revolution against the camp’s Director and his guards in what can only be described as one of the most political and timely novels of 2019. Internment teaches us the power of solidarity and challenges us to fight the complicit silence in our societies today.

Is Internment an example of life imitating art or the other way around?

Samira Ahmed began writing the book in January 2016, and it isn’t hard to imagine her fiction becoming our reality in the near future, with internment-style camps already existing in light of Trump’s war on undocumented immigrants. Set two and a half years after the presidential election, the narrative timeline now mirrors that of reality, and we can only hope that the horrific events within the novel won’t transpire in the same way.

Despite this, Internment is a hard-hitting novel from start to finish, concluding with a note from the author reminding us of the real-life events – both past and present – that gave birth to Layla’s story.

“The events in Internment,” she writes, “are deeply rooted in our history. You are bearing witness to them now, in our present.”

Perhaps the better phrase to use here is that history repeats itself.

It’s really easy to be so consumed by what’s happening in the United States to completely ignore or be ignorant to what’s happening outside of it. In one of the world’s worst humanitarian crises, hundreds of thousands of Rohingya Muslims have fled Myanmar because of systematic violence and ethnic cleansing by its government.

Most shocking of all, however, is the situation in East Turkestan, China, where up to one million Uighur Muslims have been forced into mass internment camps on a scale that has been likened to both the Holocaust and internment of Japanese Americans during World War II.

The events of Internment are already a reality for many Uighur Muslims.

Reports of deaths and disappearances are widely documented by the families of those who have been detained for no other reason than practicing a faith that the state wants to criminalise.

Yet, despite the accounts of human rights violations on an extreme level, the government has denied any allegations, either outright claiming that these internment camps do not exist or calling them ‘re-education centres’ that are a vital step in its war on extremism.

The treatment of Uighur Muslims also extends far beyond the result of widespread Islamophobia. It’s a product of racism against the large Central Asian population who are subject to extreme surveillance conditions, often targeted, threatened and harassed when living overseas.

From Native Americans to Palestinians and many other indigenous populations around the world, Uighur Muslims are now facing extreme consequences for practicing a faith that is deeply embedded in their roots and trying to reclaim a land that has always been their own.

Samira Ahmed’s Internment is a must-read when it comes to political YA fiction!

Despite being set in a futuristic United States, Internment is clearly an example of art imitating life, regardless of whether it was intended to be that way. Like many other politically-engaging novels, we can only hope that it generates important dialogues amongst its readers by raising awareness of a crisis that has spent far too long in the shadows and challenging us to fight the complicit silence of our governments and politicians.

Ultimately, regardless of who you are and what you believe, if there’s one thing you take away from Internment, let it be the gentle reminder from Samira Ahmed that “speaking your truth and voicing your resistance can happen in quiet ways, too.”