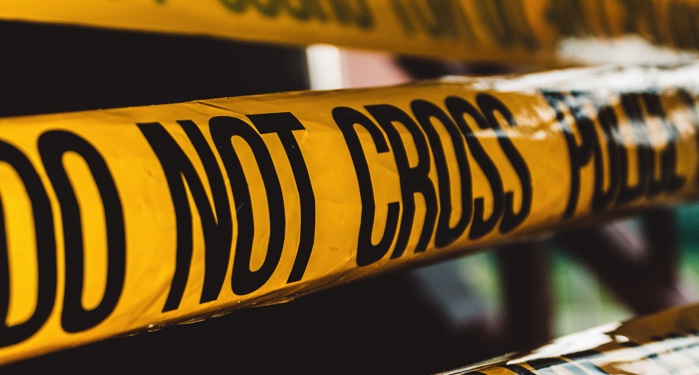 If you love twisty, character-driven mysteries and have never read anything by Keigo Higashino, get excited. You’re about to discover your new favorite mystery writer.

One of the most popular writers in Asia, Higashino has been called “the next Stieg Larsson,” (not quite accurately, as The Independent points out), and his career is often compared to that of James Patterson’s or Tom Clancy’s in the U.S. He’s published 66 novels and 20 short story collections in Japan, and his books have been translated into 8 languages. Unfortunately, only nine of those books have been translated into English—so far! But the ones that have been are some of his most celebrated works.

So where should you start with Keigo Higashino? Like a character in one of Higashino’s mystery novels, I have it all planned out: 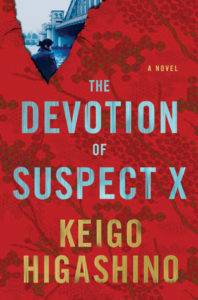 The Devotion of Suspect X

Pick up any other Higashino novel and somewhere in the jacket copy you’ll probably find “By the author of The Devotion of Suspect X.” This is Higashino’s most iconic work. It won an avalanche of awards, including the Naoki Prize for Best Novel (Japan’s equivalent to the Man Booker Prize) and the Honkaku Mystery Award. It’s the third novel in Higashino’s popular Detective Galileo series, but can be read as a standalone.

As with many of Higashino’s mysteries, The Devotion of Suspect X isn’t so much a whodunnit as a psychological study wrapped inside a tense cat-and-mouse game played out between two characters. The characters in question here are Tetsuya Ishigami, a high school math teacher, and Manabu Yukawa, AKA “Detective Galileo.” Yukawa isn’t really a detective; instead, he’s a physicist who occasionally moonlights as a police consultant. He happens to know Ishigami from school (always a bad sign in these books), and when he hears there was a potential murder in Ishigami’s apartment building, Yukawa’s spidey senses start tingling.

The Devotion of Suspect X exemplifies several themes in Higashino’s work, particularly his use of complex science and math puzzles (Higashino is a former engineer), and the exploration of loyalty and emotional bonds that form between people who’ve committed a crime. 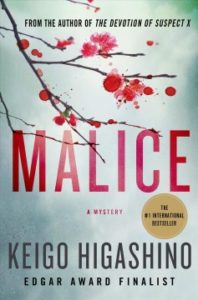 Kunihiko Hidaka, bestselling and beloved novelist, is found dead in his locked office by his best friend and fellow author, Osamu Nonoguchi. Being a writer, Nonoguchi immediately decides to start documenting the investigation into the murder of his bff as a memoir/true crime mystery, much to the consternation of Detective Kyoichiro Kaga (a real detective this time).

Malice is a perfect example of how Higashino can trick readers into gobbling up a helluva entertaining story that’s also an in-depth character study and psychological thesis. There’s a locked room inside a locked house, a cat, a possible love affair, an unreliable narrator, and a tense (to say the least) relationship that goes back decades, all presented in a fantastically mapped, fast-paced plot that rolls out twists and turns with the precision of a gyroscopic roller coaster. The twists might start to get a little too over-the-top to be believed toward the end, but that doesn’t detract from the fact that Malice is Exhibit A in why Higashino is one of Japan’s best-selling authors.

In an interview Higashino once said that he wants his readers, “…to be continually surprised by my ideas.” He certainly succeeds with that in Malice. 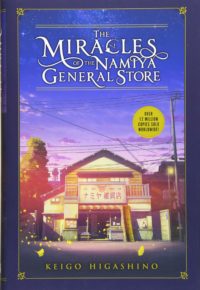 The Miracles of the Namiya General Store

Three derelict youths—Atsuya, Kohei, and Shota—break into what appears to be an abandoned general store to escape from the law. But as they hide in the darkened building, something unexpected happens: a letter comes through the mail slot, even though there’s no one on the other side of the door to drop it. Even more strange, the letter is old, written years ago, and is asking for advice.

The Miracles of the Namiya General Store is like a mirror image to a typical Higashino novel: instead of exploring the bonds and personal consequences of doing something terrible, like committing murder, it’s about what happens when people go out of their way to help each other. There’s a bit of a time travel element to it as the stories go back and forth between the past and present, and it’s laced with a gentle humor. While the book certainly does read younger than Higashino’s mysteries, it’s plenty enjoyable for readers of any age who want a story that will tug at their heart strings and give them the warm fuzzies.

Want some more recommendations on what to read when you’re done with these three Higashino novels? Check out 8 Murder Mystery Books That Will Keep You Up All Night and 21 Must-Read Hoopla Mystery and Thriller Audiobooks.