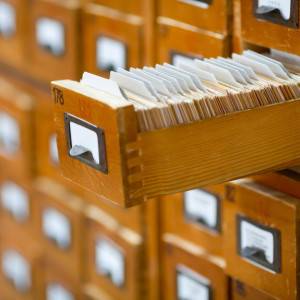 Can we establish a “leave no trace” policy in libraries? No sand under the dust jacket, no Cheetos-prints on pages, no scratches on DVDs. Books belong where you found them. Don’t drop trash in the stacks. Next readers will suffer the consequences of every mark-leaving choice that you make.

It was through the introduction of species-not-native to the library that I came by my copy of Lois Lowry’s Number the Stars. It’s a library discard, and, with regret, I did the discarding myself.

Under ordinary circumstances, a title so popular would be weeded for condition. Readers tend to leave remnants, and tears and stains and fingerprints wear a volume down over time. Ours had to go, though, because it fell victim to visitor graffiti.

“JEW,” someone wrote across its pages. The offender chose a thick yellow pencil for which my eraser was no match. They wrote the words over Lowry’s, over and over again, chapter after chapter.

My highly developed profile: it was probably the work of a passive-aggressive teen, and not a matter for the ADL. Still, the find upset me.

Though I write in the margins of my own books, and dog ear pages, and leave bits of paper in volumes once I’m done with them, I’m still unsettled when people elect to carry such behavior into public spheres. Number the Stars was the outburst I couldn’t undo; far more common are traces of trolling that I can remove, though still with an utter lack of appreciation for the unsolicited, inter-reader proselytization.

Here’s my PSA: when it comes to books you return or pass on, other readers don’t need to be made privy to your most reactionary thoughts.

A library book is not a pulpit, though some still want to preach from between the leaves of publicly-shared volumes. They’re akin, I think, to people who blast bad music from the next campsite over in national parks. Or who scream about hellfire and damnation from public squares when you’re just trying to get to your morning coffee. Loud impositions can ruin experiences for others; part of me thinks that’s the reason for the noise.

In the world of the library, noise comes through chiding notes left in novels: run while you can!, vulgarities lie ahead. But our religion section takes the most predictable hit. Come-to-Jesus Bible verses get stuffed into books on Buddhism, and snide remarks about Jews are tucked between the pages of Judaism texts. I’ve found tracts on the shelves on multiple occasions.

Such debris leaves me with a lot of frustration. These nameless folks couldn’t restrict their lecturing to the comments sections of online forums, where engagement is at least conceivable? Here, there are no pathways for response. I’ve never caught someone in the act, and so have never been able to say “this isn’t what public collections are for.”

Libraries are shared spaces, but that does not mean that we have a right to direct, or push our way into, another person’s experiences of them. Don’t try to mold yourself into a stranger’s compass, and don’t create obstacles designed to trip them up.

That’s the key with “leave no trace”: exercise consideration for the space, yes, but also protect it as a space that the next visitor can encounter in its most inviolate form.

A pushy pamphlet in a book on an opposing subject is an affront, not an effective means of forwarding an argument. It doesn’t belong there. It isn’t wanted. It didn’t get there on its own. Take it with you. And leave hoping, and trusting, that others are being equally conscientious of you.

Corny, but true: the integrity of a library is only preserved if we work together to protect it, and that requires leaving sermons at the door.