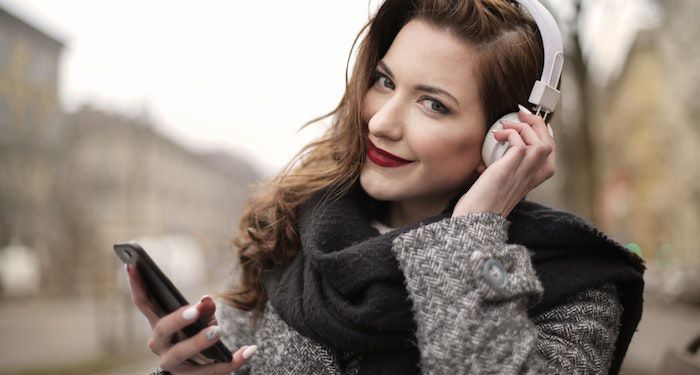 It’s that time again! The thermometer may not know it yet, but fall is coming, and that’s when some of the biggest books of the year hit bookshelves, which means we’ll also be getting some of the best audiobooks. And Libro.fm is a great way to purchase your most anticipated releases on audio.

Libro.fm offers a monthly subscription, which gives you a credit for one audiobook per month and discounts on other titles. You can also give a subscription or specific audiobook titles to others, making it the perfect gift for all occasions. Plus, their updated app now includes the ability to buy a book with your credit, a wide range of listening speeds, a tag ability to sort your library, and a dark mode.

This fall, we’re getting new novels from both Celeste Ng AND Maggie O’Farrell, two of my favorite authors. Plus, disability rights activist Alice Wong is publishing her new memoir! Whether you listen to audiobooks on your daily commute, in the school pickup line, or during autumn hikes, you are sure to find something on this list for you.

Publishing dates are subject to change. 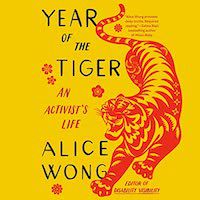 The Year of the Tiger: An Activist’s Life by Alice Wong | Narrated by Nancy Wu

Alice Wong, editor of the anthology Disability Visibility, is coming out with a memoir! In The Year of the Tiger, Wong shares moments from her life as a disability rights activist. She uses essays, photos, transcripts, and other content to give you a more complete picture of her life. Nancy Wu, an all-star narrator, narrates the book, so we know the performance will be excellent. 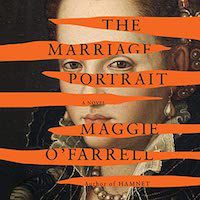 The Marriage Portrait by Maggie O’Farrell | Narrated by Genevieve Gaunt, with a note read by the author

In 1550s Florence, Lucrezia gets ready for her older sister’s wedding to a grand duke. But when her sister dies before the wedding, she finds herself about to take her sister’s place as the bride. Now her entire life has turned upside down, and her only job is to provide her husband with an heir. 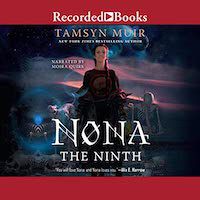 Nona the Ninth by Tamsyn Muir | Narrated by Moira Quirk

Tamsyn Muir returns with the third novel in the Locked Tomb Series, Nona the Ninth. Like all of Muir’s novels, Nona the Ninth has a mystery at its heart: who exactly is Nona the Ninth?! I’ve avoided reading too much of the description because spoilers abound with this incredible series full of necromancers in space trying to keep the universe from falling apart around them. Moira Quirk has done an excellent job of narrating the series so far, and I can’t wait to hear her performance for this novel. 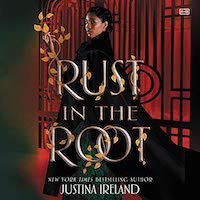 Rust in the Root by Justine Ireland | Narrated by Jordan Cobb

Based in an alternative United States, Rust in the Root is set in 1937 after a blight known as the Great Rust changed the country forever. Laura, a young mage, wants to find answers. But first, she must make it out of Pennsylvania. Eventually, she gets an apprenticeship with an older mage who also seems determined to find the origins of the Great Rust, and that’s when her real quest actually begins. 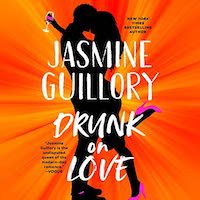 Margot owns a winery with her brother. Her busy life leaves very little time for romance. When she meets Luke, a complete stranger, she feels like this is the perfect time for a one-night fling. But when her brother introduces her to their new hire — of course, it’s Luke. How on earth is she now supposed to keep her romantic and her work lives separate? 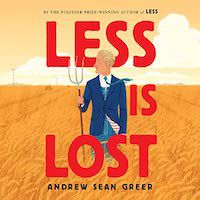 In this sequel to the Pulitzer Prize-winning novel Less, we rejoin our protagonist, Arthur Less, who now seems to have his life in order. He has a great partner and is fairly successful. But after a series of ill-timed events, Arthur finds himself refusing to face his problems. He travels through America, stopping to do some literary events and meet a cast of quirky writerly types. Of course, one of these days, Arthur’s problems will catch up with him, and he must decide how to move forward with his life once and for all. 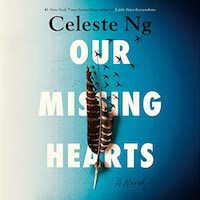 Our Missing Hearts by Celeste Ng | Narrated by Lucy Liu, with a note read by the author

Bird Gardner is nine when his Asian American mother leaves him and his father. Bird avoids her poems, her life’s work, not wanting to be reminded of the woman who left him. But when he receives a mysterious message, he finds himself drawn back into his mother’s world and the memories he fought to forget. 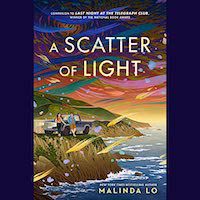 A Scatter of Light by Malinda Lo | Narrator TBA

Aria Tang West planned to spend all summer after high school with her friends at the beach. Instead, her irresponsible decisions catch up with her, and her mother sends her to see her grandmother in California. There she meets Steph, her grandmother’s gardener, and they strike up an unlikely friendship that Aria isn’t entirely prepared for. 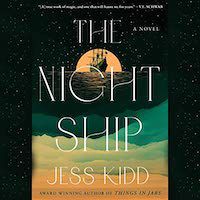 In 1629, a young girl named Mayken joins the crew of a ship looking for adventure and perhaps a mythical monster. In 1989, a boy named Gil moves to a fishing community in Western Australia where he learns about a mysterious shipwreck that happened hundreds of years ago. Jess Kidd is known for genre-bending, fantastical stories, so listeners are sure to be delighted with her tale full of supernatural happenings. 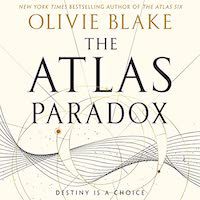 The Atlas Paradox by Olivie Blake | Narrated by a Full Cast

The Atlas Six vaulted on to the dark academia book scene to much applause, captivating its audience with its tale of six magicians chosen for a chance to enter one of the most prestigious societies in the world. But now only five magicians remain, and they must decide how to handle their past choices and whether or not they want to enter a society that has caused them so much grief.