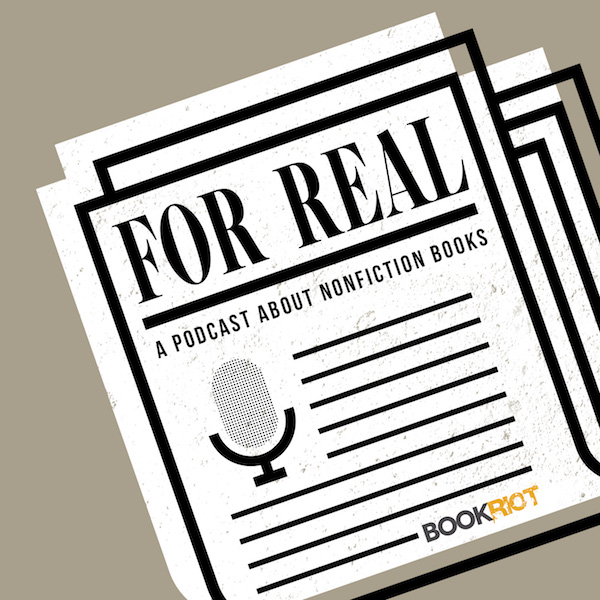 This week, Kim and Alice take a deep dive into types of nonfiction that are great for reading at the beach — stunt and celebrity memoirs, science and nature stories, and historical true crime reads.

While you’re here, don’t forget Book Riot’s YA giveaway! Go here to win $500 of the year’s best YA fiction and nonfiction: bookriot.com/500yagiveaway.

From the Corner of the Oval by Beck Dorey-Stein

Barons of the Sea by Steven Ujifusa

Blood and Ivy by Paul Collins

Killing It: An Education by Camas Davis

My Year with Eleanor by Noelle Hancock

The Year of Yes by Shonda Rhimes

The Lunatic Express by Carl Hoffman

A Year in Provence by Peter Mayle

The Sixth Extinction by Elizabeth Kolbert

The Sound of a Wild Snail Eating by Elisabeth Tova Bailey

A Short History of Nearly Everything by Bill Bryson

The Death and Life of the Great Lakes by Dan Egan

The Soul of an Octopus: A Surprising Exploration into the Wonder of Consciousness by Sy Montgomery

The Poisoner’s Handbook by Deborah Blum

The Girls of Murder City by Douglas Perry

Midnight in the Garden of Good and Evil by John Berendt

The Man Who Loved Books Too Much by Allison Hoover Bartlett

Me Talk Pretty One Day by David Sedaris

Fresh Off the Boat: A Memoir by Eddie Huang

I Know I Am But What Are You by Samantha Bee

So Close to Being the Sh*t, Y’All Don’t Even Know by Retta