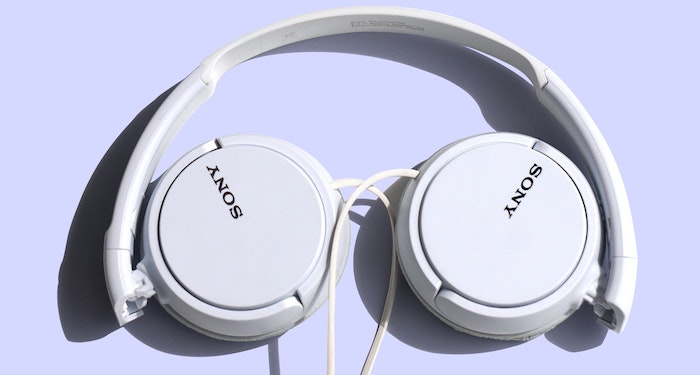 Ramon de Ocampo is an American actor and audiobook narrator. He has narrated over a hundred audiobooks, has been honored with numerous Earphones awards from Audiofile Magazine, and won an Audie in 2018 for his work on the full cast recording of Restart by Gordan Korman. He is well known as the voice of the long-running and much-beloved middle grade series Diary of a Wimpy Kid by Jeff Kinney.

You might remember him for his role on the final season of The West Wing. I first became familiar with his work as a narrator when I listened to American Like Me by America Ferrera. This is a full cast recording, so I didn’t realize he was one of the readers until I heard his familiar voice. I was immediately transported back to that last, high-tension season of The West Wing, and delighted by his talent as a narrator. I immediately started seeking out more Ramon de Ocampo audiobooks.

His talents as a narrator are far-ranging, from science fiction and fantasy to literary fiction and memoir. Not sure where to start with Ramon de Ocampo audiobooks? Use this listening pathway as your guide. These books, all very different from each other, will give you a great introduction to Ramon de Ocampo’s work. 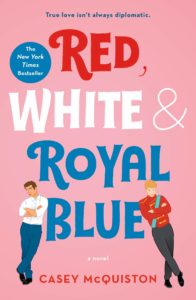 If you’re looking for a feel-good queer romance set in an alternate post-2016 America where a badass progressive woman wins the presidency, look no further than this. It seems only fitting that Ramon de Ocampo narrate this audiobook, since it is basically a long sting of funny, comforting West Wing-style banter in book form (except way gayer, obvi). De Ocampo preforms a range of accents with ease, from the Texas drawl of the U.S. President to the British clip of Prince Henry. He captures all of first son Alex Claremont-Diaz’s tangled emotions as he discovers himself, falls in love, and deals with homophobic politicians on two continents. It’s worth noting that while this book is absolutely upbeat and escapist, it does not shy away from the real issues that queer people face; there are some tough moments (including outing). De Ocampo navigates it all beautifully in a performance that is in turns moving, funny, sexy, and serious.

Next, Try A Memoir 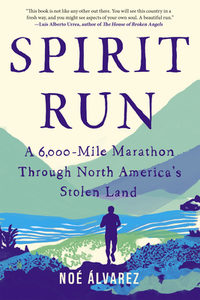 At age 19, Alvarez, the son of Mexican immigrants, drops out of college to participate in the Peace and Dignity Journeys, a 6,000 mile run from Alaska to the Panama Canal, organized and led by indigenous people. In this memoir, he shares some of the stories of the people he meets on the run, as well as delving into his past in an effort to understand his own identity as a Mexican-American and his parents’ journeys as immigrants. Ramon de Ocampo narrates this captivating story with care and thoughtfulness. It can be tricky for narrators to read first-person memoirs, but de Ocampo does a beautiful job here. It’s easy to hear Alvarez’s truths in his voice.

This is a book full of the voices and stories of indigenous and First Nations people from communities all over North America, from Alaska to Mexico. De Ocampo alters his voice as he narrates the conversations Alvarez has along the run, but he does it subtly and respectfully. His narration brings to life the land, people and histories that Alvarez writes about without overpowering the author himself.

Move On To A Great YA Novel 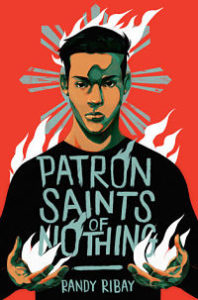 Patron Saints of Nothing by Randy Ribay

Not all narrators can pull off authentic teenage voices, but Ramon de Ocampo does a brilliant job in this YA novel about a Filipino American teen who, after the death of his cousin, returns to the Philippines for the first time since he left as a baby. De Ocampo does a great job with all the voices in this novel, from Jay’s various family members to all the different people he meets as he tries to unravel the mystery of what happened to his cousin. This book is both fast-paced and thoughtful; it’s a mystery, but it’s also a story about a teenager grappling with his identity and trying to determine where he fits in. De Ocampo captures all these emotional nuances and upheavals in a memorable and moving performance of an already fantastic book.

Finish With A Beautiful Work Of Historical Fiction 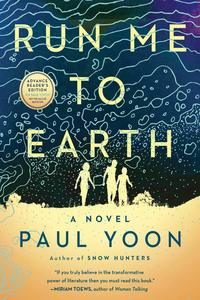 Run Me To Earth by Paul Yoon

Some audiobooks are memorable because of the range of character voices a narrator portrays. But in the case of this quiet and heartbreaking historical novel, it’s de Ocampo’s steady and measured narration the makes it shine. The novel follows three teenagers orphaned by war in 1960s Laos. The story skips through time, place, and point of view, as the consequences of small, split-second decisions reverberate through the lives of the teenagers and their families. Yoon’s prose is gorgeous, and de Ocampo captures that lushness in his voice. It is not an easy or a happy book, as it deals with war and its aftermath, but Yoon has a talent for illuminating ordinary moments, both brutal and tender. De Ocampo quietly brings those moments to life, allowing listeners to sink into the writing itself.

Looking for more Ramon de Ocampo audiobooks? He’s featured on this list of excellent mystery/thriller audiobooks, and this list of great family audiobooks. And if you’re in search of more listening pathways, we’ve got them for Bahni Turpin and Dion Graham.