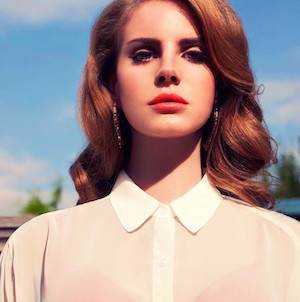 “This is probably way too personal,” is a thing I think quite frequently when writing for the internet. “You never know who might be reading it.” Which is both a good thing and a bad thing, really, because sure, someone it’s vaguely about could be reading it…but so could someone who feels it’s about them, and isn’t that much more important? I think it is, so here I am, about to tell you stuff about my life that I really don’t talk about, only writewritewrite.

Remember the first time you read something that reminded you of something else you’d read? It was long before you learned the word “intertextuality,” I’m sure (at least, it was for me). For me, it was the same moment I realized that I had read enough that such a thing could finally happen. I mean, okay, in my case I was 13 and it was the title of Tori Amos’s Boys for Pele that reminded me of a Sweet Valley Twins Super Edition called The Unicorns Go Hawaiian; still, I felt pretty cool because I had learned from the book that Pele was a volcano goddess and understood on a very basic level what Boys for Pele meant. The title, not the album; I was waaaayyy too young for that album when I bought it, thank goddess, or I might not have loved it as hard as I did.

On to the personal. When I first read Lolita, I was 21. When I first read Great Expectations, I was 16. When I first heard Lana Del Rey, I was 28. I’m far from a Lana fangirl, but I feel like I get her persona because to me, it’s a character that couldn’t exist without Lolita and Estella. She became the link between the Nabokov, the Dickens, and my own history, somehow; now I can’t separate her from them. It’s just math, really: Lolita + Estella + Lana = me, for a highly formative five-year period of my life. I should be very thankful that it’s not me now at all, now that I’m happily married and just sitting around crocheting and reading books and hiding from excitement as best I can; not me now, finally feeling healed and alive and strong instead of sad and broken and Interesting™. I cringe now when I think about being 16, being 21, and the time in between when I was so busy playing characters that I’m only just now getting around to processing what really happened (in writing of course, the way I process everything).

I cringe, and I write, and I put it on the internet.

As a survivor of a very specific type of psychological and physical violence from a young age until a slightly less-young age, I adopted the persona of a girl who could take it. I stood up and fought back, but never enough to deter the perpetrators from striking again. And again. And again. Bruised and sore, I was, but never ever willing to back down from a fight. I even convinced myself that I provoked the fights just to prove how tough I was. Tough as nails, rough as pine bark. In control, in other words. But no: nice, sugar and spice, a powder puff, a teary-eyed puddle—but only in private.

When I first read Lolita, I intentionally read her as the same, to console myself, to lift myself up and share a pedestal with this idealized-but-victimized young girl. That’s what my 21-year-old self needed, flooded as I was with memories I had no idea what to do with; flooded as I had been for five fucking years with all the awfulness I’d repressed. I needed to be idealized, and had been; we’ll get to that. I needed a pedestal because how else could I be sure everyone was looking at me, but only at the carefully-constructed version I wanted them to see.

Let’s go back, shall we, even further?

When I was 16, I liked a guy. I can’t call him a boy, really, because he was much older, but “man” doesn’t feel right either. I can’t call it like, really, because it turned much bigger and darker. He gave me Wuthering Heights. From there, I went to Jane Eyre and promptly to Dickens. Of course, it helped me along that path when, in 1998, Tori Amos had a song on the soundtrack to the Ethan Hawke/Gwyneth Paltrow  adaptation of Great Expectations. (I actually like that film just fine, but I know I’m not really supposed to.)

I paraded myself in front of this guy as much as I could. I preened. I acted out, but only when he was looking. I faked sending flirtatious AOL IMs (it was the late ’90s) “to the wrong person, oops, sorry!” You know, to test the water. I wanted him to desire me, to think me wise beyond my years, an old soul, so much smarter than he was at my age…all those things older men should never say to teenage girls but always do anyway. Still, those words were all I was hungry for, and when I finally got them, mere days (okay, nights) shy of my eighteenth birthday, I had no idea what to do with them. When he invited me to his house, I pulled back. This is when he called me Estella for the first time, and I thought that actually, pulling back was showing him I was in control. It implied that he had invested something in me, maybe just lust and maybe a hefty dose of perversity, and that I had the ability to refuse him what he wanted (sex) when I realized he wasn’t going to reciprocate in the way I wanted him to (with love).

That whole era of my life, those two years and the three-yes-three it took to move on, feels like something out of a book. Actually, it is technically in a book because I wrote literally hundreds of poems about it all, and more.

I was prepared in a couple of unique ways, at least, to accept the character Lana Del Rey embodies in her songs. It’s been argued that she glorifies violence against women, that she’s the ultimate poseur, that she plain sucks, and so on. I don’t really keep up with her outside of her music, honestly, so I don’t have opinions on those things. (As a semi-ranty aside, I will say that, while I know she has distanced herself from feminism, it actually hurts rather than helps when other women tear her down for that. We should be asking what feminism is doing wrong that alienates women like her.)

All I know is that so many of Lana’s lyrics perfectly narrate my feelings for The Guy. He wasn’t as old as Humbert, and he wasn’t rich like a skeezy old man in a LDR song, but I’m a little shocked he didn’t quote “light of my life, fire of my loins” at me at some point. The more damaged I painted myself to be, the more interested he became. As if all my past experiences led to me being just exactly—what?—desperate unhinged appealingly crazy enough to give him what he wanted. I persisted; I held back. I took so I could refuse to give.

When Lana Del Rey released Ultraviolence earlier this year, immediately the play on words struck me: Is she trying to talk about the level of violence that’s there but invisible, like ultraviolet light? Verbal abuse. Sexual coercion without physical force. Psychological torture. Everything unnameable and evil that never leaves a bruise, never brings blood, never mars the surface. She sings “he hit me and it felt like a kiss,” sounding disturbingly disaffected, in the voice of a woman who is as accustomed to violence as other women are to affection. She tells herself a man is shitty to her because “I’m pretty when I cry.” She is as trapped as Lolita, as disillusioned as Estella. She’s a link between the two that makes sense to me because of my strained relationship with them both.

Hi, I’m an open book built of other books, of music and poetry, and especially of the too-personal, rambling essays I’m fond of putting on the internet. I want to know whose words you’re made of, so tell me in the comments.